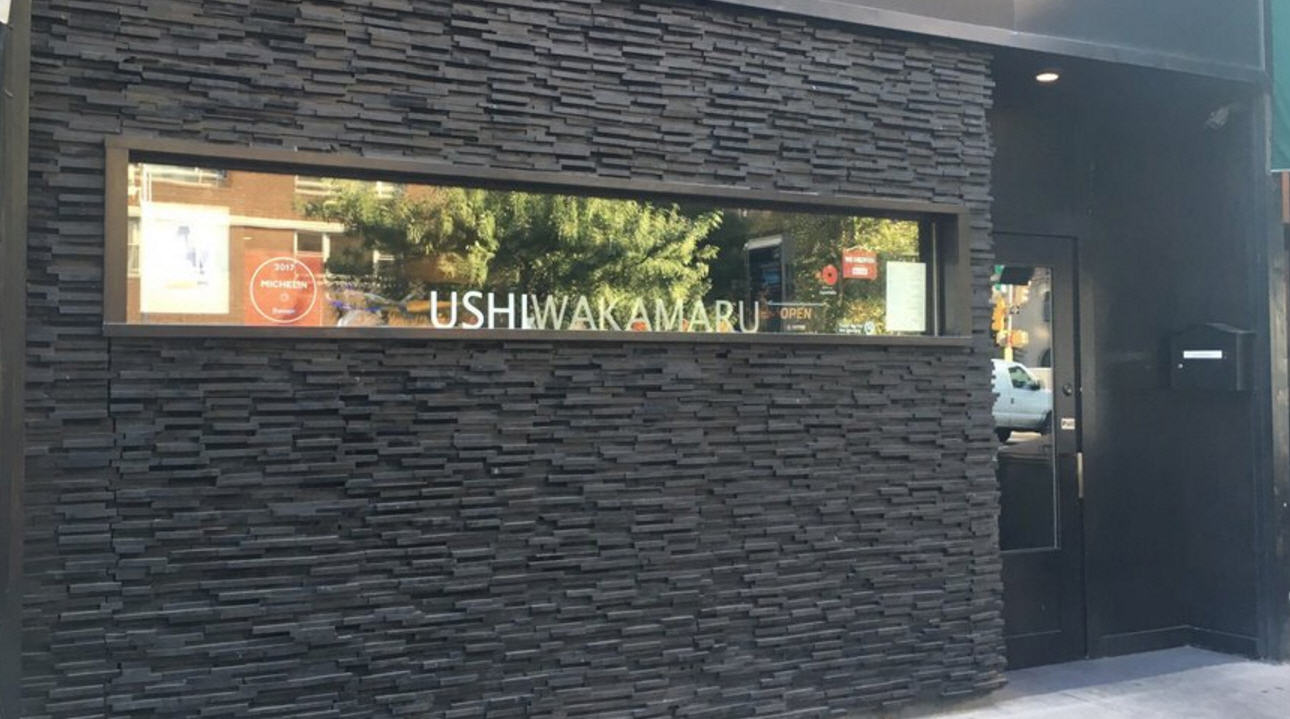 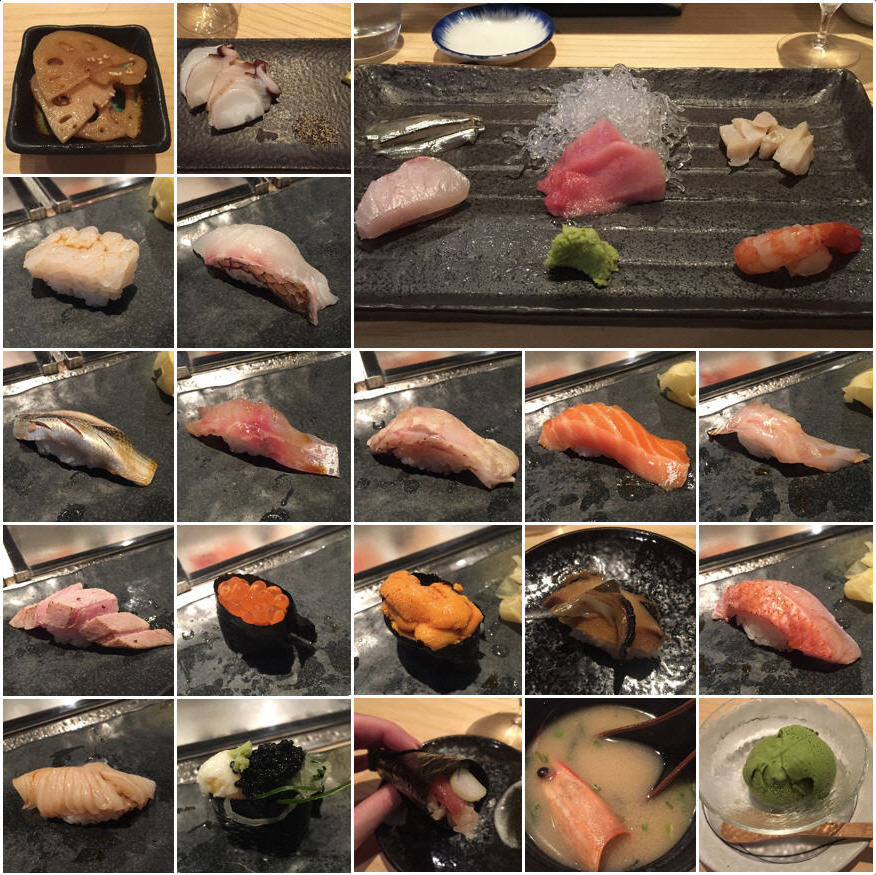 I am THRILLED to report, USHI has gone up a full four points from our last visit!  From 26/35 to 30/35!  That’s insane!  Ushi has always had amazing food, tremendous variety, incredible freshness, and near perfect execution.  I was an avid USHIer since their West Houston days, when their pricing was more reasonable.  Only visited once at their Chelsea location, and fell off my chair with their sake prices.  If you’ve been reading my posts, you know we DRINK.  Based on our most recent visit, a couple of weeks back, they have corrected their craziness, and brought the markups down to sane levels.  YAY!

Critics love to rate on atmosphere and/or environment, and I never do.  I don’t like to comment on this area because it’s not as simple as the other categories, I can’t put a formula in place to rate it.  It’s entirely subjective!  Based on the high cost of omakases, MANY people prefer the fanciness, love the snooty-elitist feel, but others (like me) prefer the humble, intimate, or even hole in the wall kind despite what you pay.  But if the atmosphere or environment is “extreme”, then it warrants my commenting.  USHI used to be one of the most intimidating restaurants.  Take a gander at the May 2016 “first time-last time” post!  There are other stories I have yet to mention.  Once upon a time, I brought a friend to dine at Hideo-San’s counter (Chef Hideo Kuribara), and no joke, he threatened to throw us out!  My friend made the grave mistake of dipping his sushi in the soy, and accidentally dropping the rice in the soy!  Hideo-san was furious.  He exclaimed, “if this was Japan, I throw you out!”  Over the top much?  But I continued to visit!  Now that’s testament to how much respect I have for his food.  That said, Hideo-san is a completely different person these days.  He drinks, he smiles, he chats, he even jokes!  He wasn’t quite as chatty in our last visit, but this time, he really opened up!  He drank with us, and we had a great time hearing him explain the fishes, discussing the differences, talking about his-own preferences, all of that.  All in all, a lovely time!

Overall Thoughts:
Thrilled that USHI relaxed their markups on cost.  We will be back very soon! 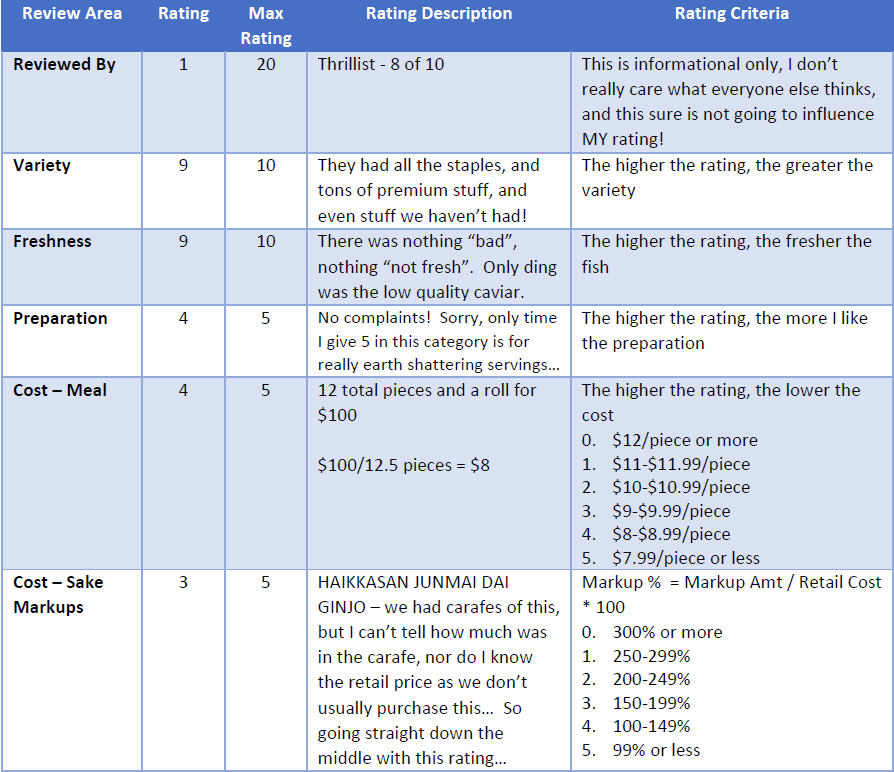