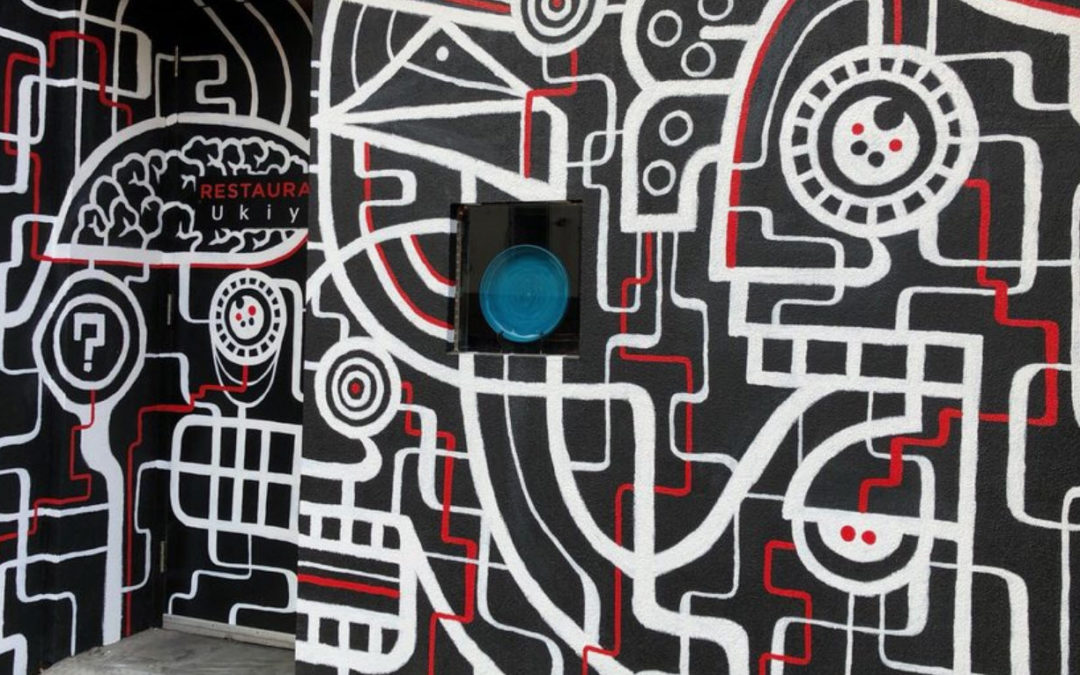 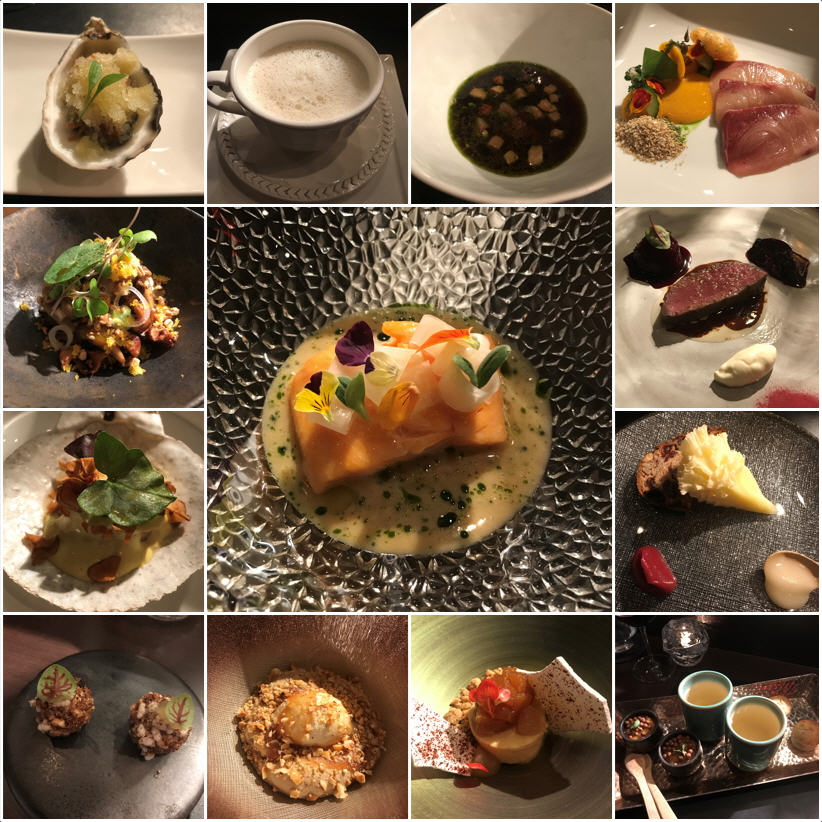 Given that Ukiyo is in no way, a sushi-ya, I had considered whether I should be writing this post at all.  Ukiyo is described as French cuisine with Japanese and Global inflections.  No idea what that really means.  BUT, I’m running out of restaurants to write about, and “Japanese” is in the description, so I figured why not!  HA!  So a preface…  In terms of French restaurants, we always find the best French restaurants to dine at, and will always pick their most robust tasting menu, know what taste good, what doesn’t, but can in no way tell you why.  Despite that, here we go….

First, the soft stuff, the ambiance, the crowd & the service.  Very dark, muck darker than when it was Degustation (the previous sister restaurant to Jewel Bako, which Ukiyo replaced), but that could just be the dude working the dimmer…  Somewhat empty, we were one of four patrons for the entire time we were there (abt 2 hours and 20 min-ish).  Very polite and accommodating staff (host and waiter both).  And head chef Marco Prins seemed a bit stand off-ish.  Doesn’t talk much, very short with answers and explanations, overall not-so-engaged.

Then, the meat, the food…  A few servings were really quite good, caught me off guard good, the Artic Char, the Venison, and the desserts.  But most…  overly complex, for I don’t know what reason, and a bit uppity, like just trying too hard to be “different”…   Sorry Ukiyo!

BTW, every time I type Ukiyo, I think of Hi Yukio!  Hi Wade: 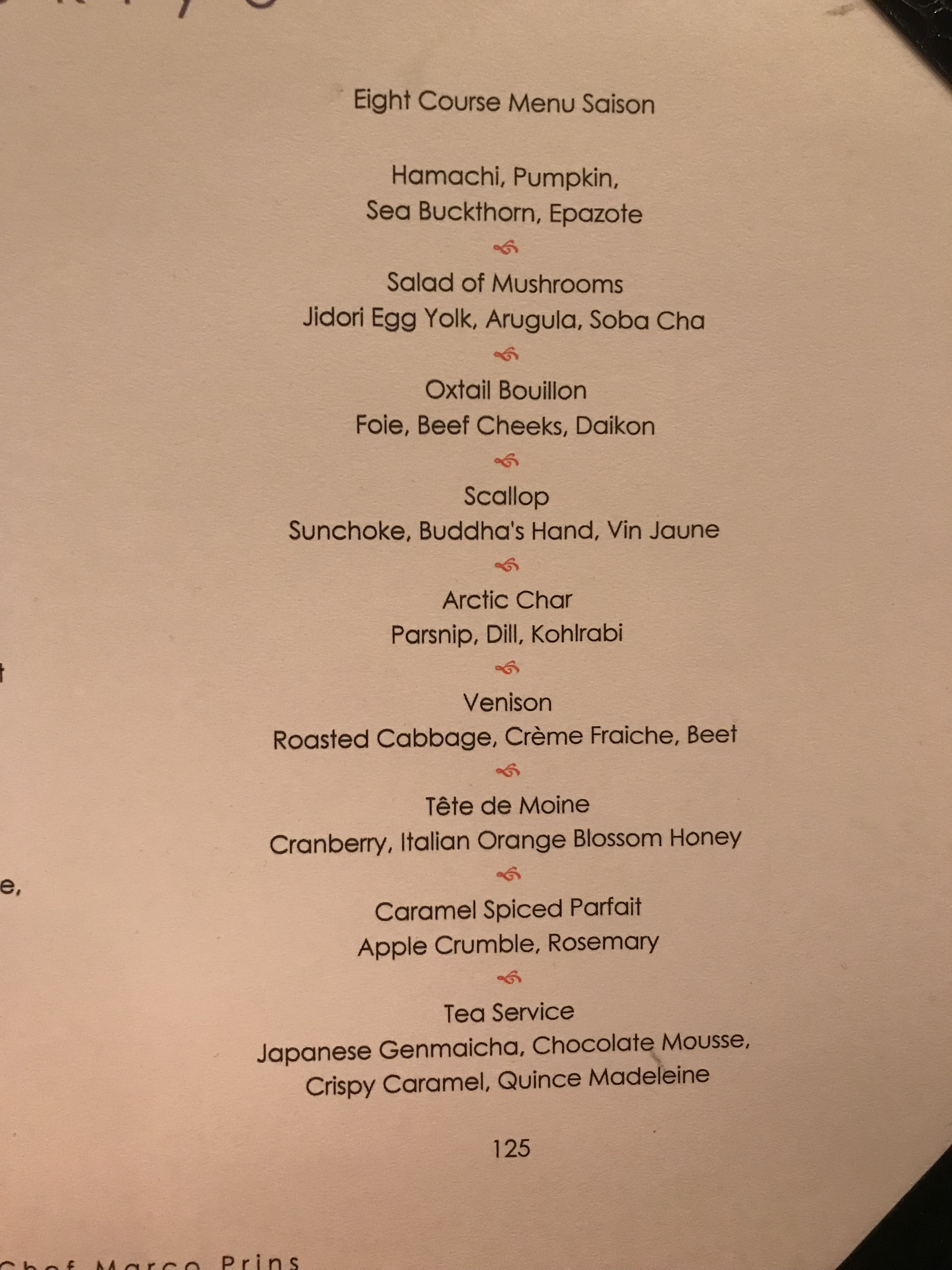