TOMOE is one of the four sushi-yas that we “frequent”. BLUE RIBBON IZAKAYA is the fancy, KANOYAMA, TAKAHACHI (of TRIBECA) and TOMOE are the “every day” sushi-yas. To be honest, between KANO, TAKAHACHI, and TOMOE, we go to TOMOE less. It’s not because of the food OR the value, it’s really only because it’s TOO popular! They have HORRENDOUS lines, and we get ZERO special treatment!
TOMOE has all the in-season basics, all very fresh, and very LARGE cuts. They typically have really fresh farm and wild salmon, yellowtail, often, but not always yellowtail belly, AJI, sometimes KANPACHI, all cuts of tuna (AKAMI, chopped TORO, CHUTORO, OTORO), HOTATE, UNI, IKURA, BOTAN EBI, and on and on. And for some reason, when you order their rolls, the NORI is still crunchy! Imagine that???

NYC is not L.A., not Tokyo. We have FANTASTIC fancy sushi, and have tons upon tons of places for rolls. What we don’t have is cheap traditional sushi/sashimi. TOMOE is probably the BEST deal for those wanting non-rolls, but good fish, but on a budget. Grammatically, are we allowed to use 2 “buts” in the same sentence? Boyfriend and I are morons that like very specific fishes, and don’t want to be bothered with those that are not, so I don’t have any pictures of the set “plates”, but here are a few examples that I pulled from the world wide web (I like saying that, makes me chuckle): 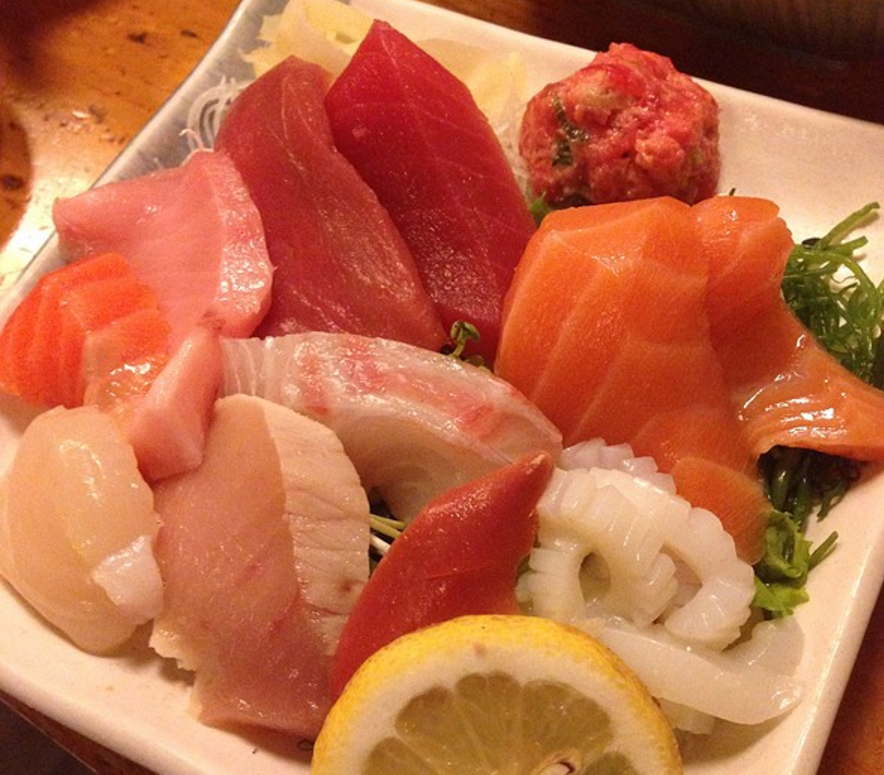 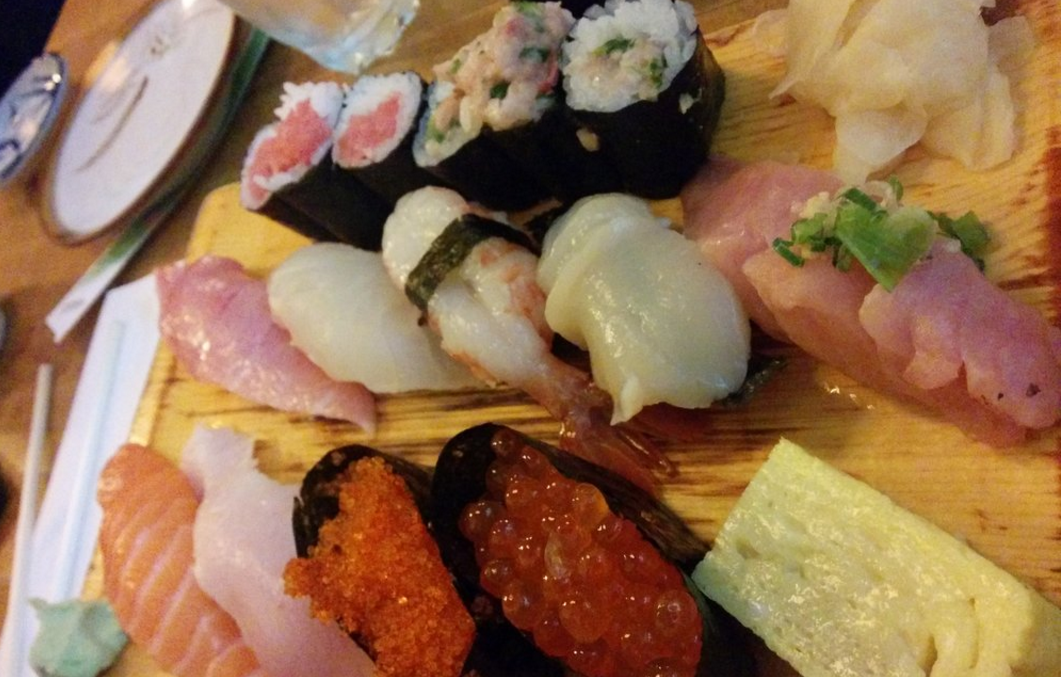 Sushi & Sashimi Combination – 10 Pieces of sashimi 5 Pieces of sushi and half spicy tuna for $35 – The craziest deal ever!: 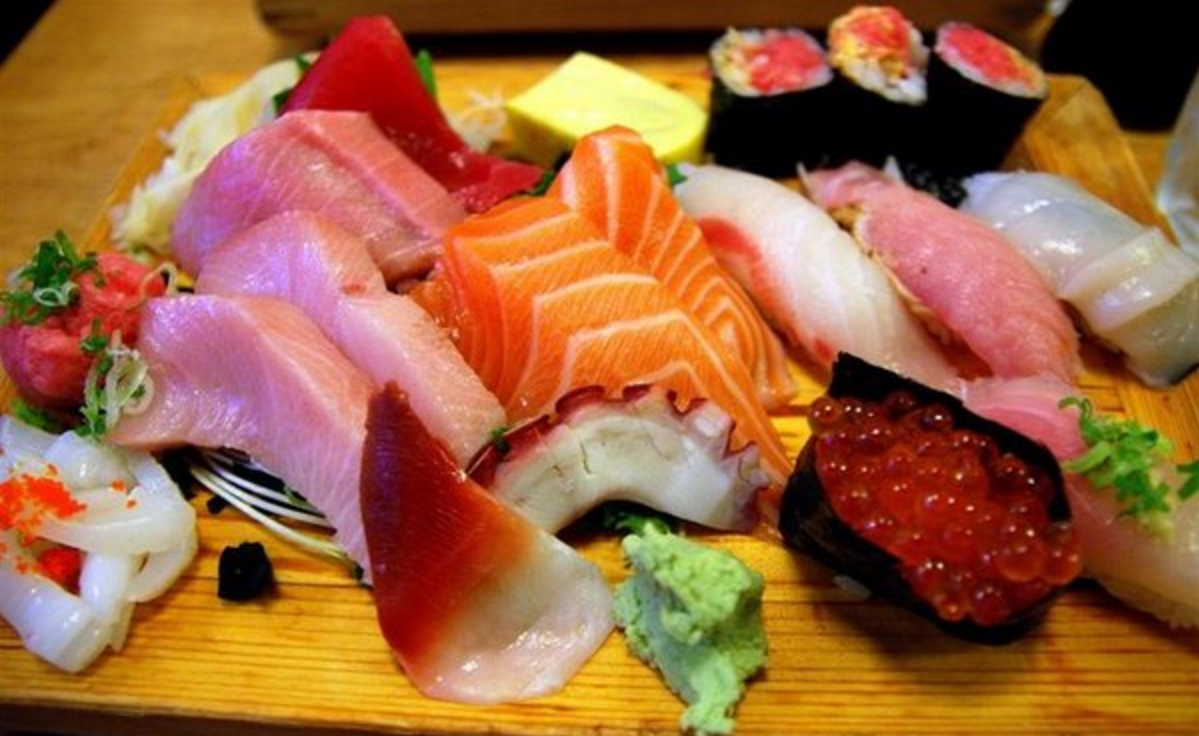 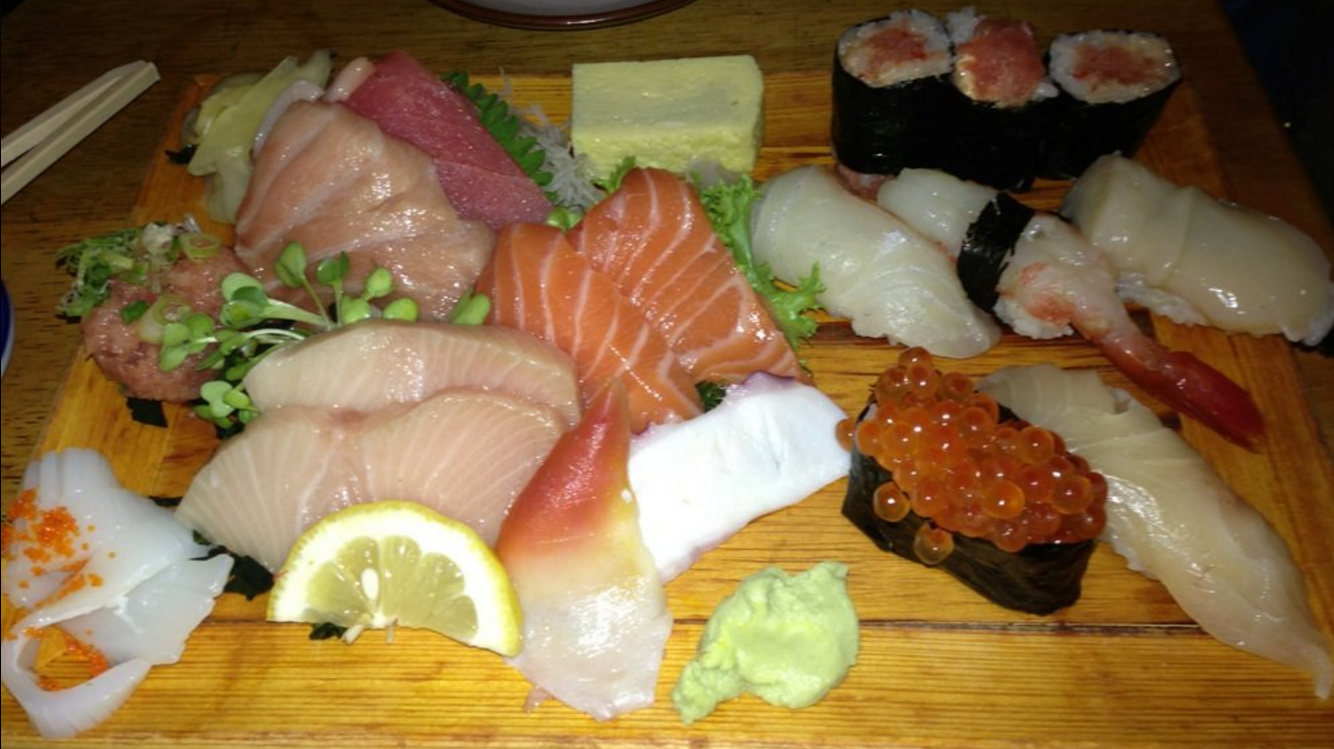 Overall Thoughts:
TOMOE will continue to one of our everyday sushi-yas, especially when there is no line! Another respectable rating of 24! : 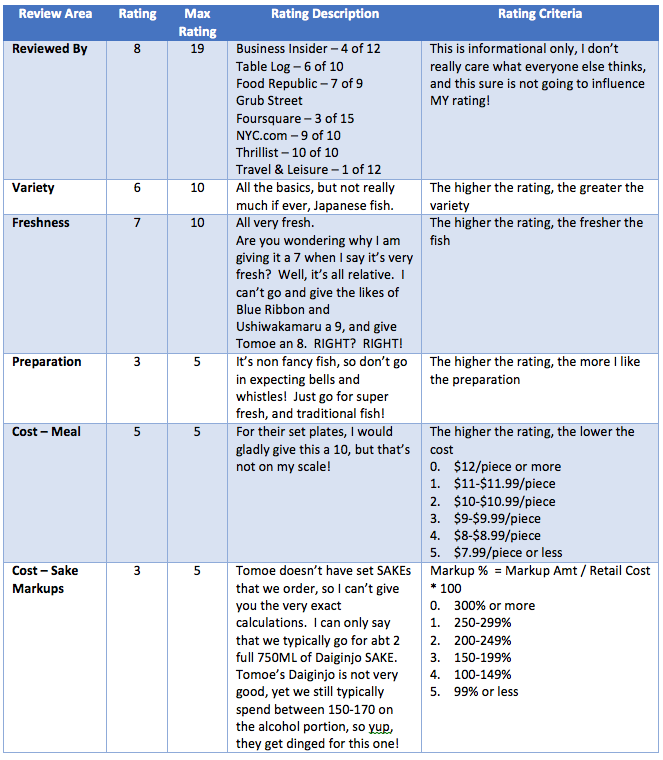