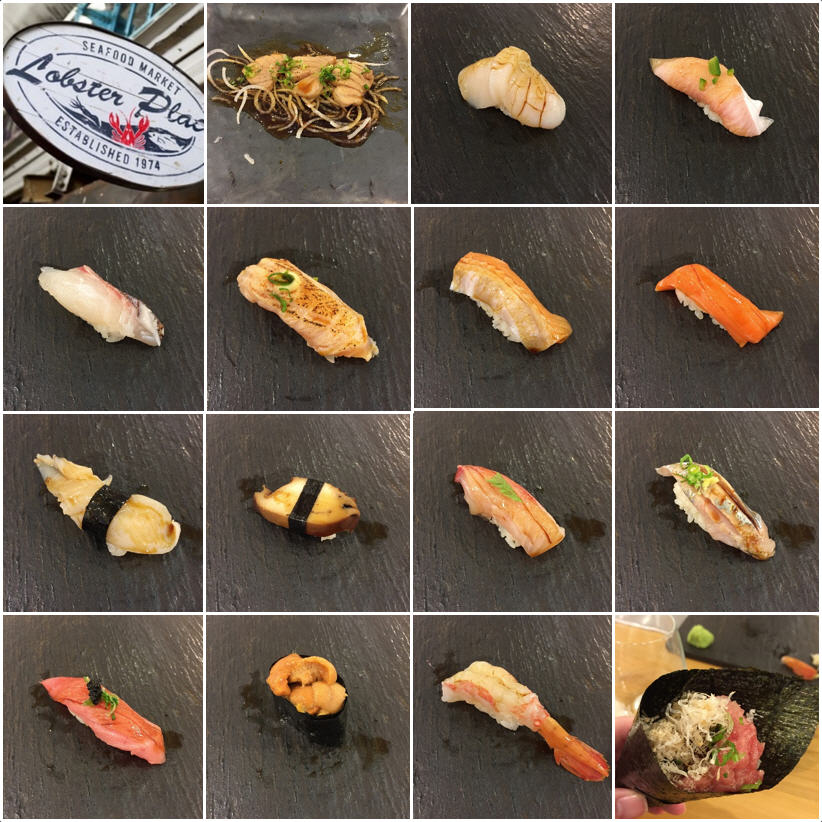 When you go for a sushi meal inside a supermarket, although a specialty seafood one, but still a supermarket, you know what you are signing up for.  It’s going to be cold, noisy, and congested.  There will be tons of people walking by, and some even brushing up against you.  Coat check?  Negative.  If you want to use the potty?  Go stand on the line outside!  It’s a sushi bar in the middle of the market, it is what it is.

We wanted to go for sushi on a Monday night.  Despite what chefs tell you, there is a definitive and noticeable difference when you go for sushi on Mondays.  There’s a reason why so many sushi-yas pick that day, to be the one day they close!  You may not notice it if you go to different restaurants all the time, but test out my claim with your favorite sushi-ya.  Make multiple visits, back to back or skipping a day here and there, Monday included.  You will very quickly see what I am talking about.

We have been wanting to give the Lobster Place a try for some time now.  Today, we thought, what better than a Monday?  If it sucks, we can go to the oyster counter and get oysters/claims/shrimp/crab cocktails, or go to the lobster stand in the far back, and have fresh steamed lobsters or a lobster roll, or go to the far right stand in the back and get a soup or sandwich.  There’s a wide safety net!

There were a few omakase options:

We chose the “Traditional Omakase” of course:

For the price, this was a solid meal.  Would I come back?  Only on a non-Monday so I can do a better comparison.  Based on the food/cost alone, I don’t think the savings is worth the quality cut… 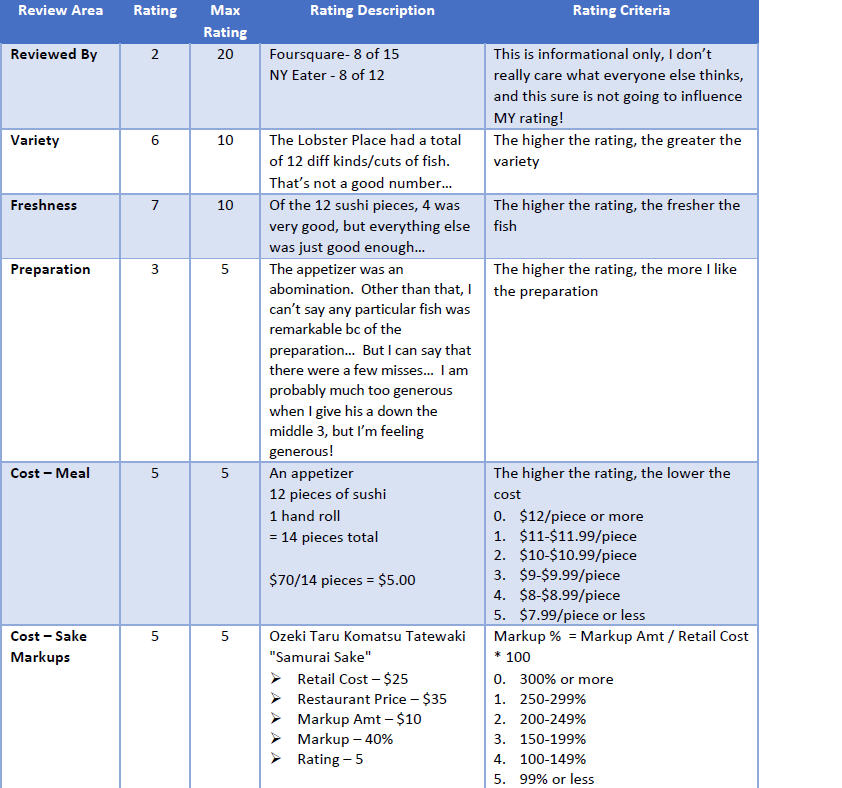