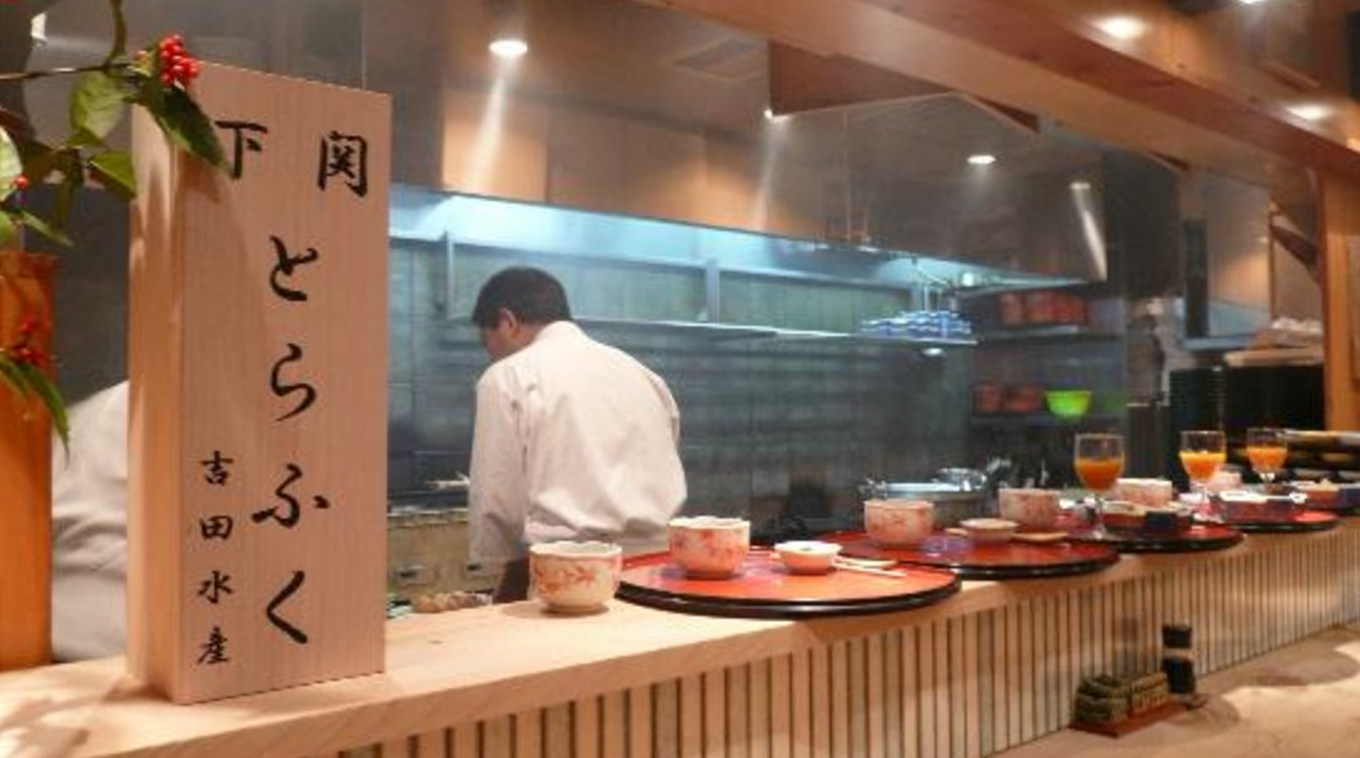 The infamous poisonous BLOWFISH, Japanese FUGU!  We were so looking forward to this!  Our reservation wasn’t until 7:30PM, but we were starving, and I couldn’t risk us doing a pub crawl, and snacking my stomach space away.  So upon landing, immigrations, baggage claim, a 1.5 hour taxi ride, and what seemed like a 30 min check-in process, we quickly got ourselves together, and headed straight to Takase.  We showed up at 6:15 and were their first patrons of the night.  They were super kind, and took us right away.  The Japanese are VERY polite people!

Before getting into our meal, I have two quick things I want to quickly talk about.  In SushiGirl speak, that means complain about…

First the reservation debacle:  If you’ve ever made reservations at a higher end Japanese restaurant in Tokyo before, you’ll know that this is not an easy feat.  And please do not tell me to just book through my hotel concierge.  If it was that simple, do you think I would complain about it?  This isn’t my first rodeo you know, I HAVE traveled before.  I’m actually an insane planner.  Need to know exactly which restaurants I need to hit up, plan out my days, my routes, my meal options throughout the day, and reservations for dinner.  All that is done months before my trip.  I have actually contemplated doing travel planning as a side job!  I take it very seriously!  It is very difficult to book reservations at higher end restaurants if you are not a native Tokyo resident.  It’s actually pretty widely written about.  Your chances are increased if you speak Japanese, but no, not guaranteed either.  Restaurants and chefs have even publicly defended their position on not granting reservations for foreigners, stating foreigners tend to cancel last minute or just not show up.  Why they don’t just take a credit card to secure your reservation, and should you miss it, charge you for the full meal anyway?  I do not know.  NYC restaurants do it all the time, some even require a 48 hour cancellation!  I ultimately had my girlfriend’s mom call and make the reservation for me.  What a sweet lady!  While making the reservation, you had to choose which tasting option you want though, they had a ¥15,000, ¥20,000, and a ¥25,000 tasting options.  The exchange rate is roughly $1 USD to ¥110, but the crude way is to just take off 2 zeros.  I wondered, how can I decide which tasting I want, if I don’t know what the different tastings included, or how hungry I would be 6 weeks down the line?  But then again, how often will we get to have another FUGU tasting?  To ensure we don’t miss out on anything, I chose the ¥25,000 tasting.  Of course I did.

Second, Tokyo, the land of “specialty”:  Almost every shop, every restaurant has a specialty.  The Ramen restaurant will have Ramen only, no Udon, no Soba, just Ramen.  The Teriyaki store will have Teriyaki only, no Ramen, no Sushi, no Curry, just Teriyaki.  We’ve stumbled over a few “diner” like restaurants, but on the most part, it’s all specialty shops.  To be honest, it can get pretty annoying.  I get having an expertise, and thus specializing in it, but does it necessarily have to be exclusively that?  Well Takase is a Fugu (Blowfish) specialty restaurant.  All they serve is Fugu.  Different cuts, different preparation methods, but all just Fugu.  The owner and chef, Chef Takase actually owns two other restaurants nearby, an oyster bar, and a sushi restaurant.  Why, oh why can I not have oysters, sushi, AND Fugu in one meal?  So frustrating!

Towards the end of the meal Chef Takase pieced back our whole FUGU for us.  Head to tail, minus the collar that we ate, my guestimate is that this was once a two foot long fish.  Chef shared with us that this is the “number one size”, meaning it does not get any bigger.  He also shared that FUGU is only in season between September and March, which is the only time his restaurant is open.  Imagine that!  To be so specialized that your business can only be open for six months out of the year!  I really loved all my servings right up to the Torched FUGU SHIRAKO.  After that, I could have left very happy.  This is where they need to open the restaurant’s menu up, and allow for me to continue my meal with a 10 piece sushi!!!  None the less, this was an experience to remember.  Chef Takase’s English is really not to the level of conversing, but he tries so hard to explain and really make your experience a memorable and enjoyable one.  I am so happy I went, but before going back, I would negotiate to stop a little earlier. 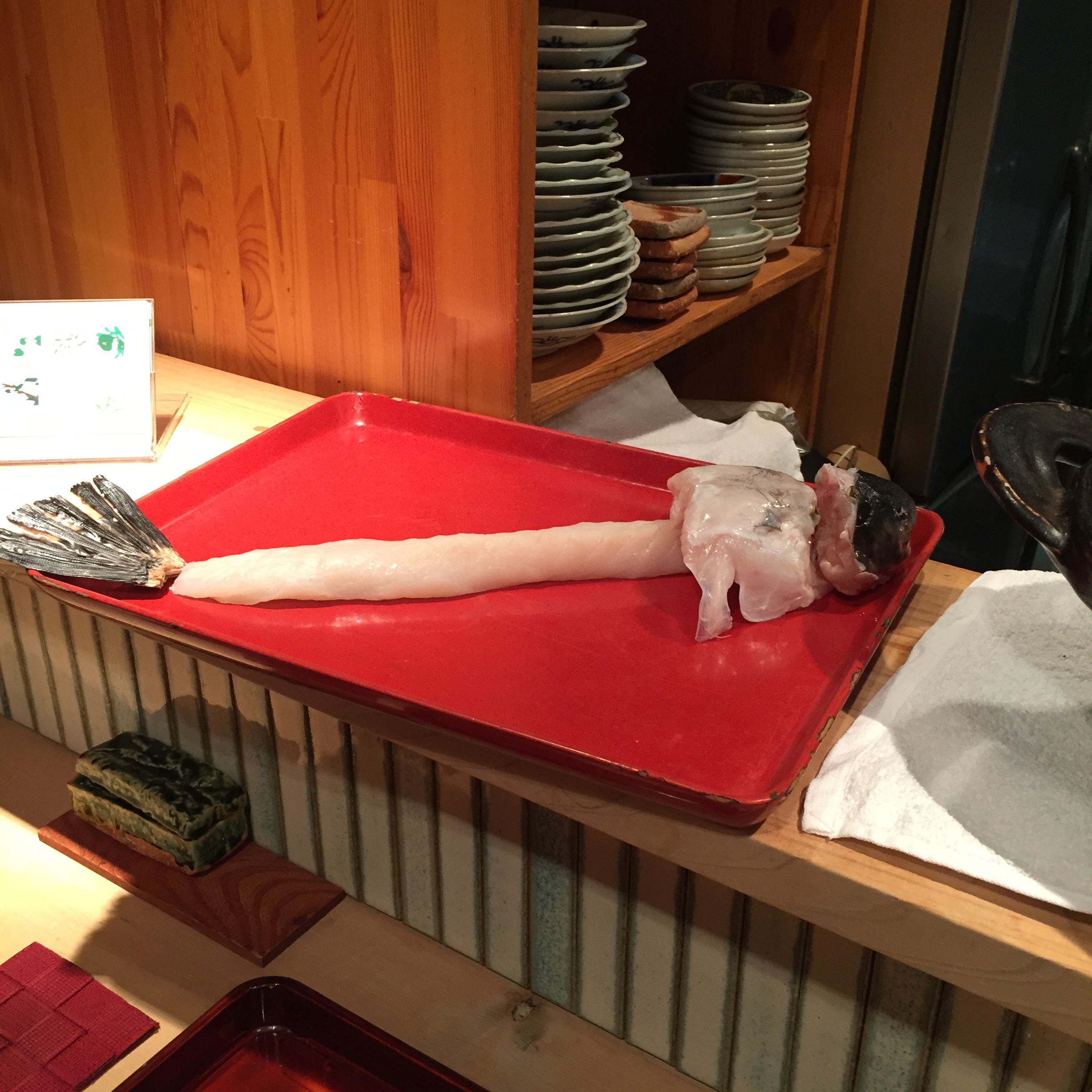