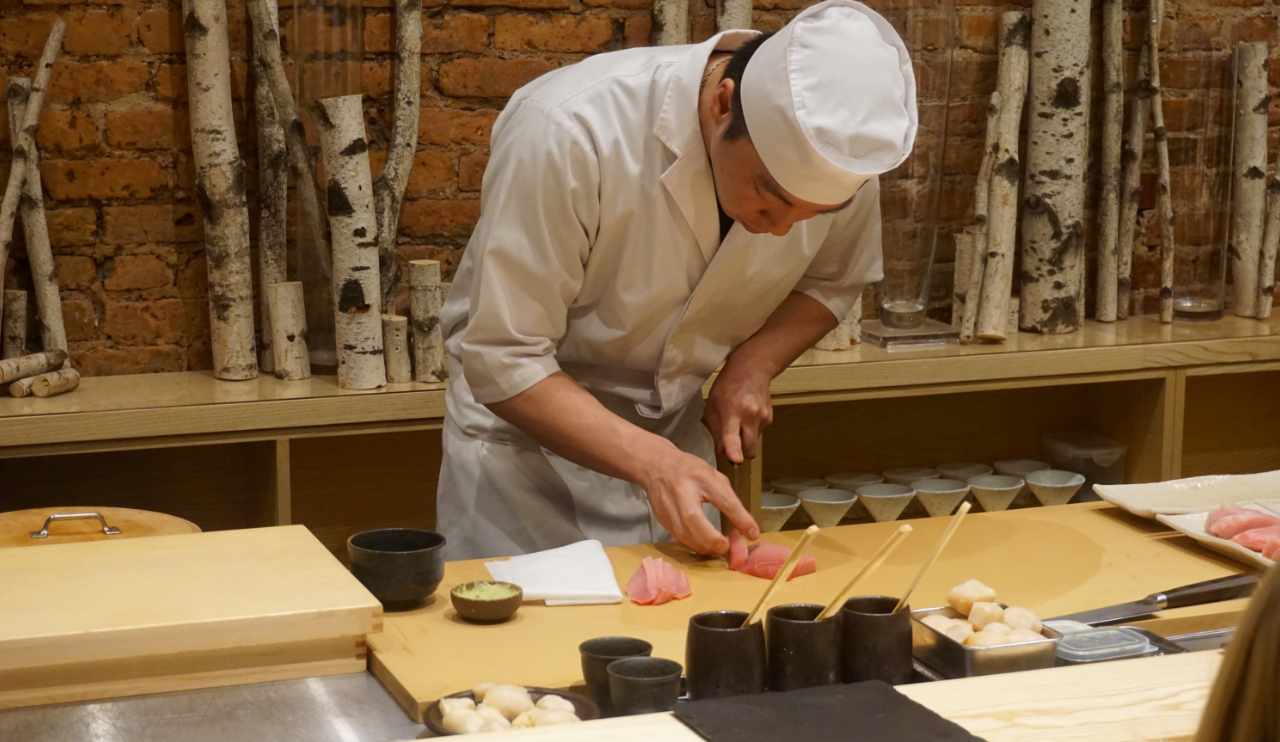 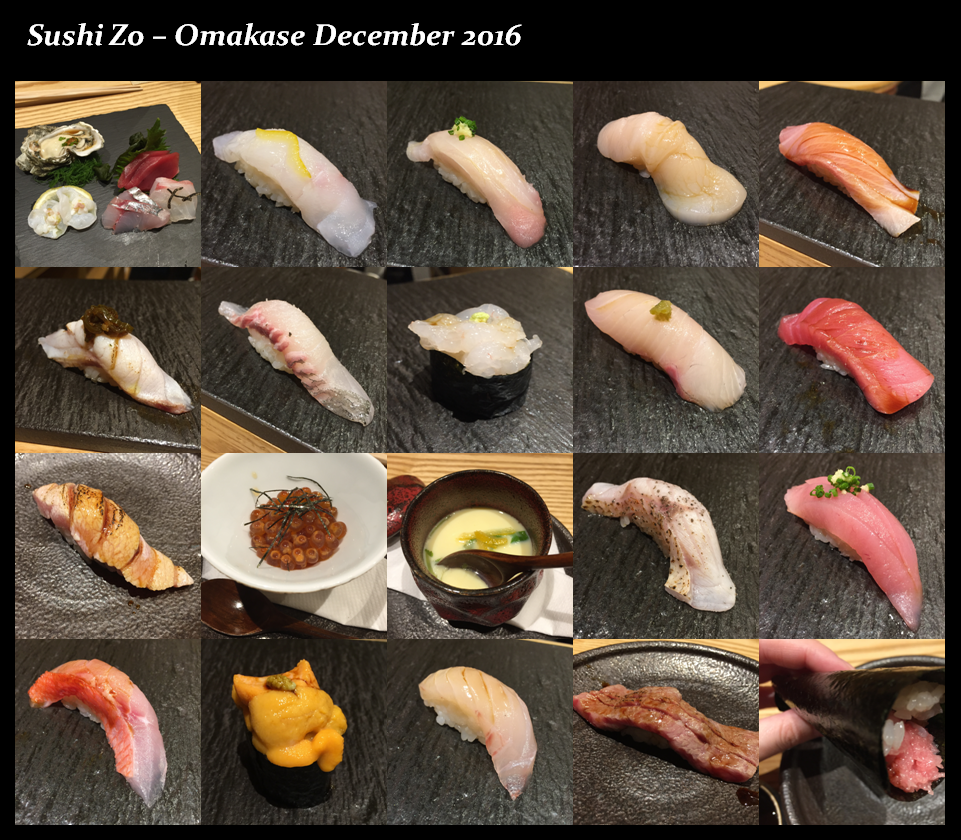 What is it with the swarm of new “fancy” sushiyas?  Does ANYONE appreciate the fixed seatings?  Anyone???  Actually, I guess it’s not really a “swarm”, just four that I can think of, Sushi Zo, Sushi Nakazawa, Tanoshi, and Brushstroke with Ichimura, and I guess not really “new” either, given that Tanoshi and Brushstroke have both been around for a number of years now, and perhaps not even “fancy” given Tanoshi is kind of dumpy.  Wow, I should really compose my thought before composing my sentences.  But the second thought still holds.  NO ONE appreciates fixed seatings, NO ONE.  Fixed seatings are almost mini versions of mass production.  One chef will serve the entire seating group, where he slices the same fish for everyone, dresses it the same way for everyone, no deviations.

The other problem with set servings is the inevitable mishap of someone running late.  I am NEVER late, I am typically a solid 15 minutes early actually.  But it was pouring rain outside that night, and getting a cab was next to impossible.  We showed up almost 20 minutes late, and boy were we rushed!  We had to “catch up” with the servings.  Have you seen “I love Lucy’s” episode at the chocolate factory?  Where she wasn’t keeping up with the work, and then just started shoving all the chocolate in her mouth?  That’s what I felt like, I WAS LUCY!

This whole set seatings thing is essentially asking everyone to conform.  Should we all have the same drink when we come?  Wear the same outfits?  We’re not communists you know!  Ok, maybe I’m taking it too far…  Bottom line, patrons paying over a certain amount for a meal, like to feel that they are “special”, not just part of an assembly line.  Ok, I’m done, will get off my soapbox now…

Despite the initial mega rush, I have to admit, the staff at Sushi Zo was pretty good, all fairly attentive, and not the “in your face” kind.  Chef Masa (Masashi Ito) is probably one of the friendliest, most talkative sushi chefs too.  Per chef Masa, patrons of a certain level of sushiya demands good conversation with the chef, we agree!  He shared stories of his time in LA’s Sushi Zo, his uprooting of his family and moving start up Sushi Zo in NYC, and even provided some recommendations for our upcoming trip to Tokyo.  As a head sushi chef, he is also one of the youngest, and most fluent in English.  He even has his own instagram page!  Talk abt progression!

Let’s get down to business, our omakase tonight:

Other than the initial mega rush due to the set seatings (which you can argue that it’s my own fault), this was an overall thoroughly enjoyable meal and experience.  The stringent set seatings is really not my thing though, so I’m not sure I’ll be coming back all that soon…  Very respectable overall rating of 29 out of 35. 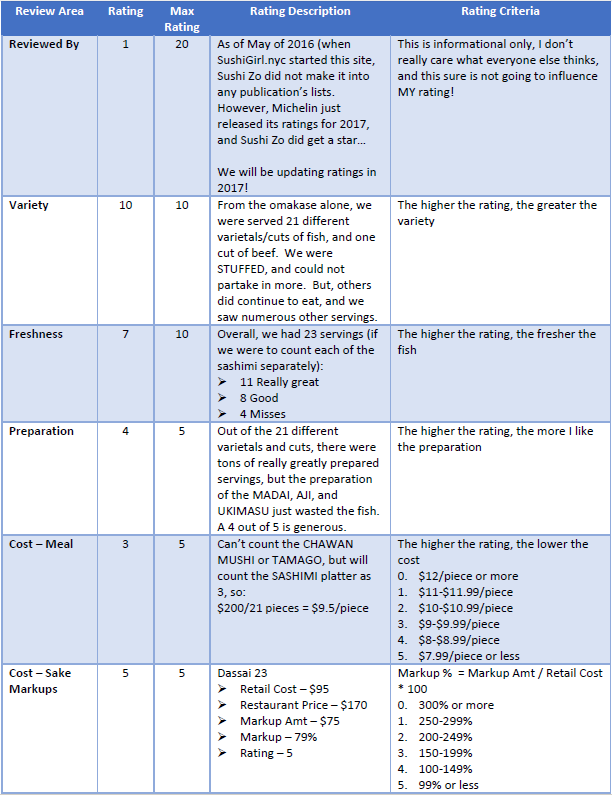