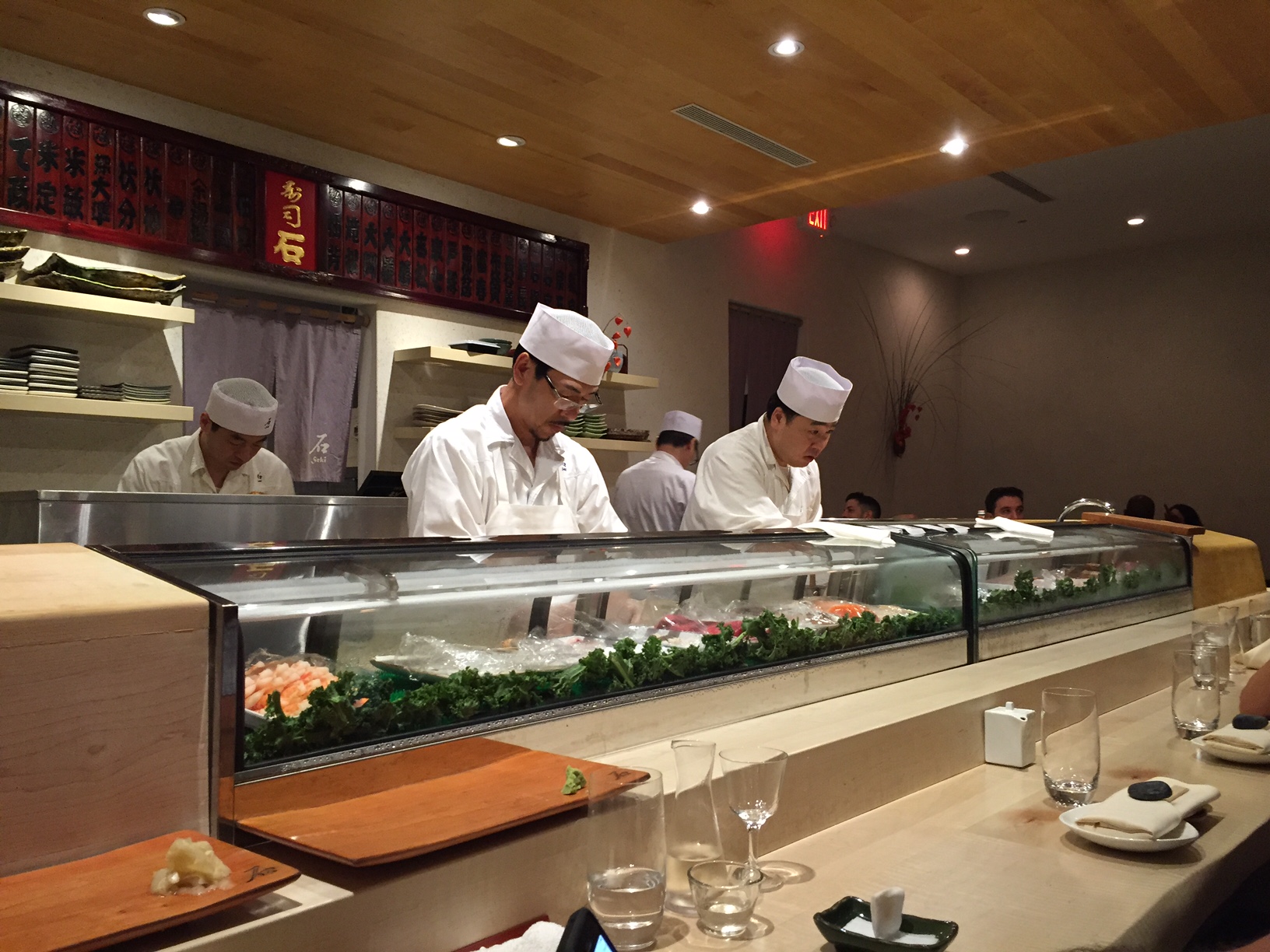 I’m going to be straight up with you.  Boyfriend is much more generous than I am in rating of sushi-yas.  He’s much more forgiving with his fish.  Throughout the entire meal, he was calming me down, assuring me that it will get better.  By our 10th serving, he whispered into my ear, Sushi Seki should be renamed Sushi Suck-i.  And of course, more mediocre pieces followed.

We will get into the important stuff, the food in great detail later, but let’s first talk about a pet peeve that is very prevalent at Sushi Seki.

The sushi bar and chefs are all upstairs, so if you are dining downstairs, your food is still coming from upstairs.  Between the chefs and sous chefs, there are a total of 5 constants behind the bar.  And then a number of random wait staff coming and going, but not staying.  I’m not sure if they were actual waitresses, or hosts that handle take out, but there were two ladies that loves to come in through the back and scream out orders.  Three sushi specials, two spicy tuna rolls, one salmon avocado roll, etc.  Really???  You couldn’t get a more sophisticated system than just screaming it out???

Ok, onto the meal.

SASHIMI (clockwise starting from the oyster): 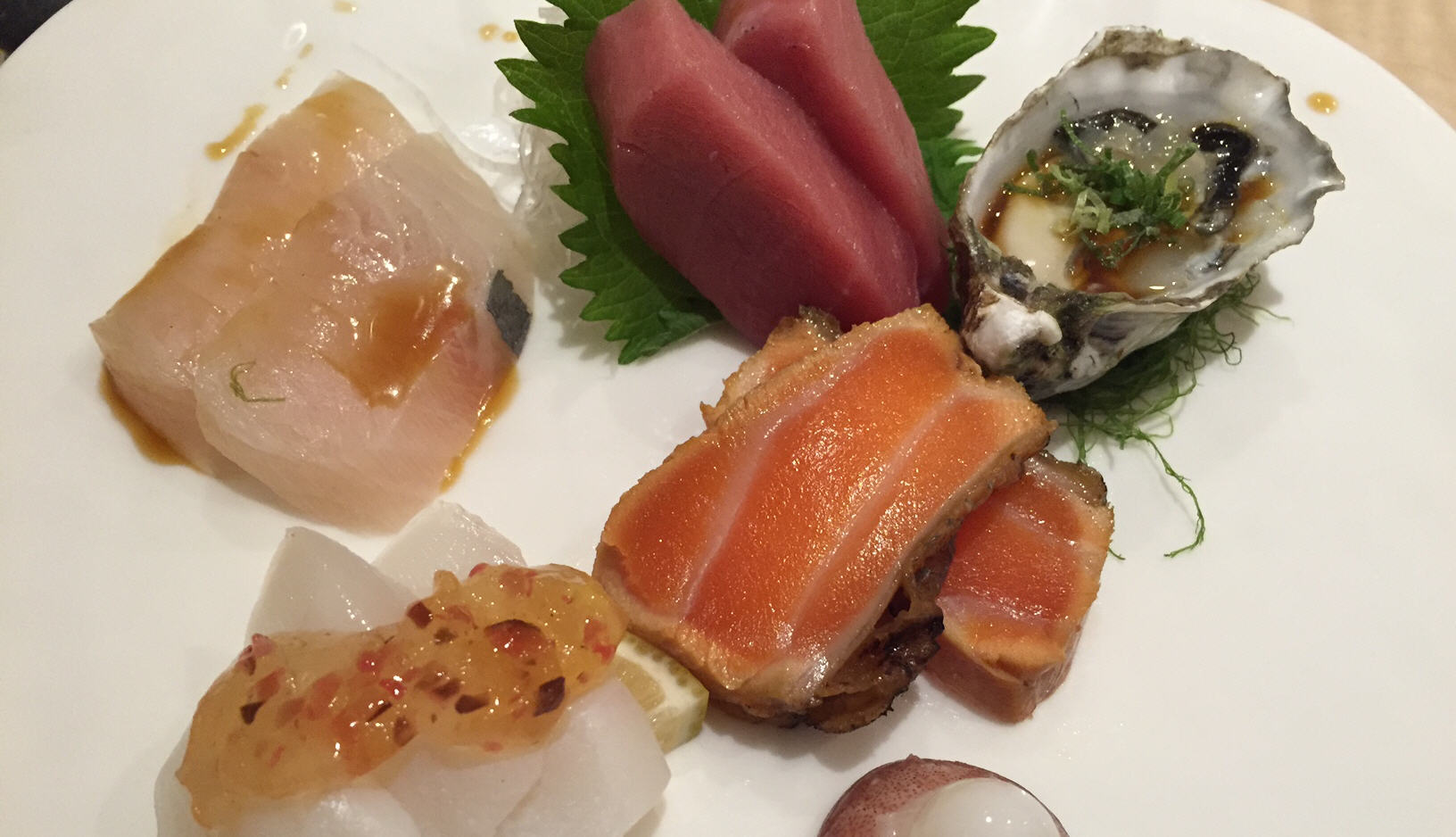 Neither the experience nor the food was “good”.  Why go to an upscale restaurant, and spend over 800 bucks for mediocre food and overall experience?  Please read through this summary, it spells out exactly why they get only a 13 out of 25 points for food.   But since they are not pricey, that brings up their overall rating to 22 out of 35. 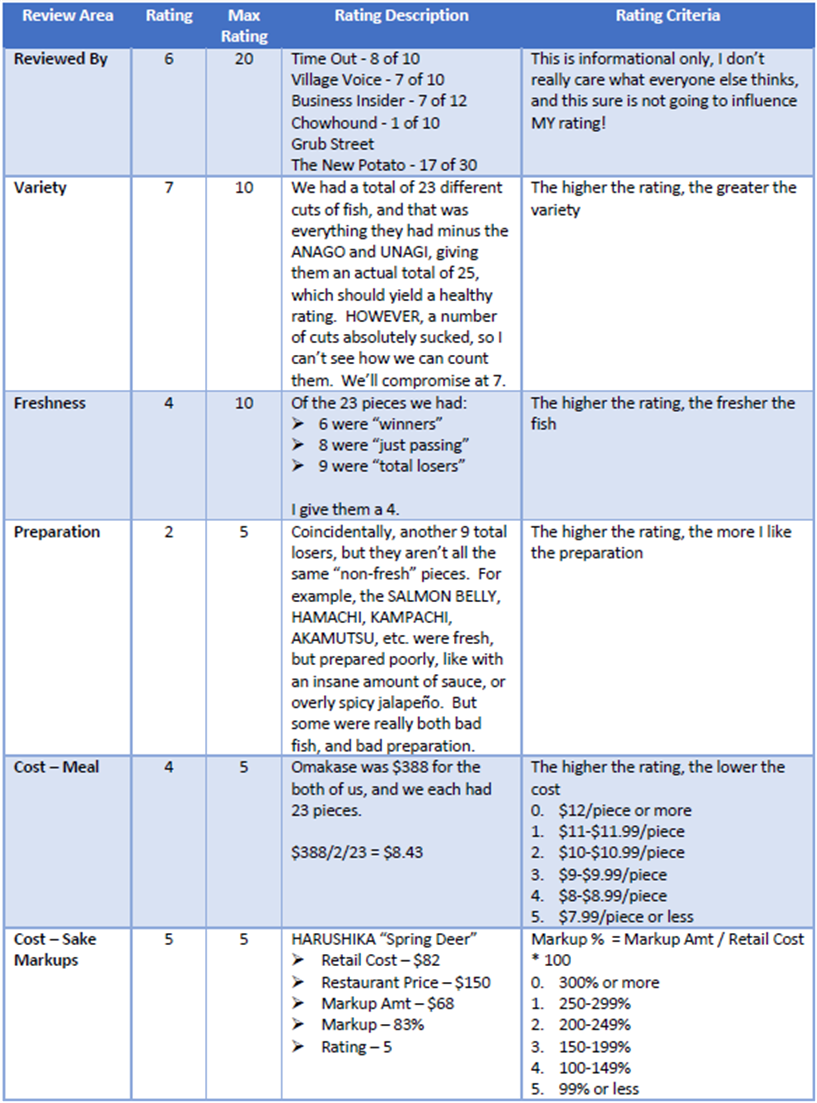