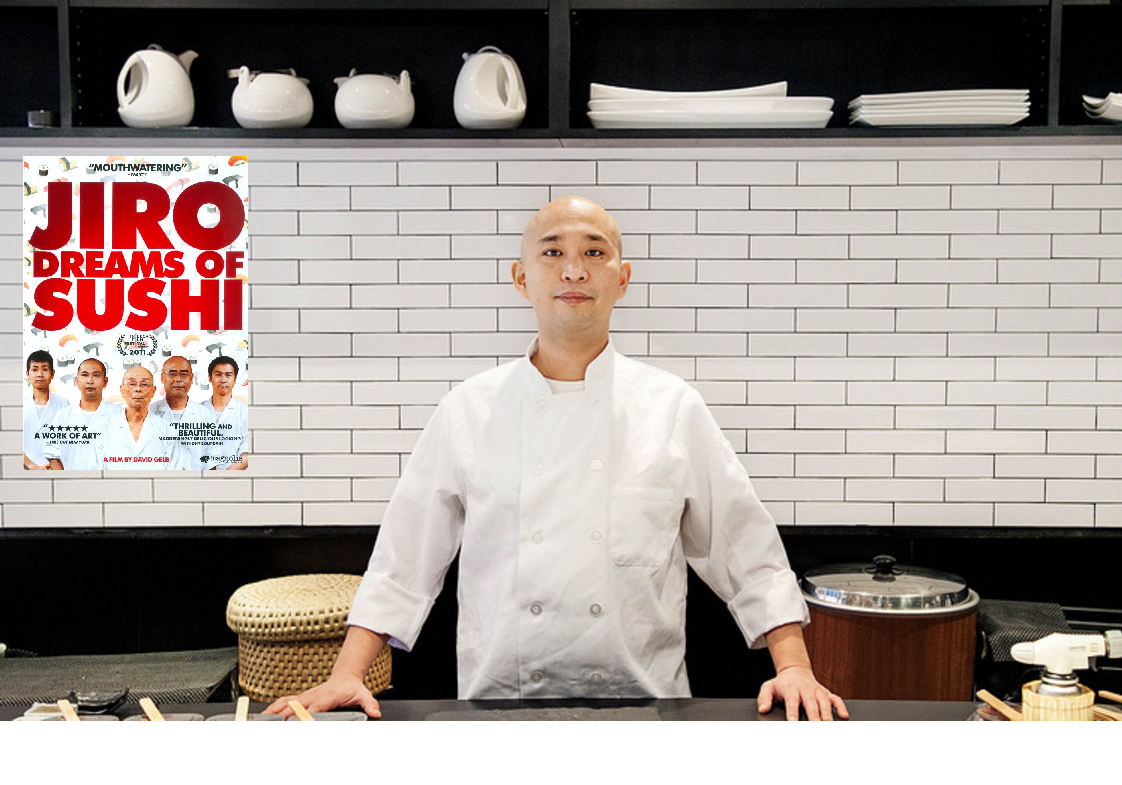 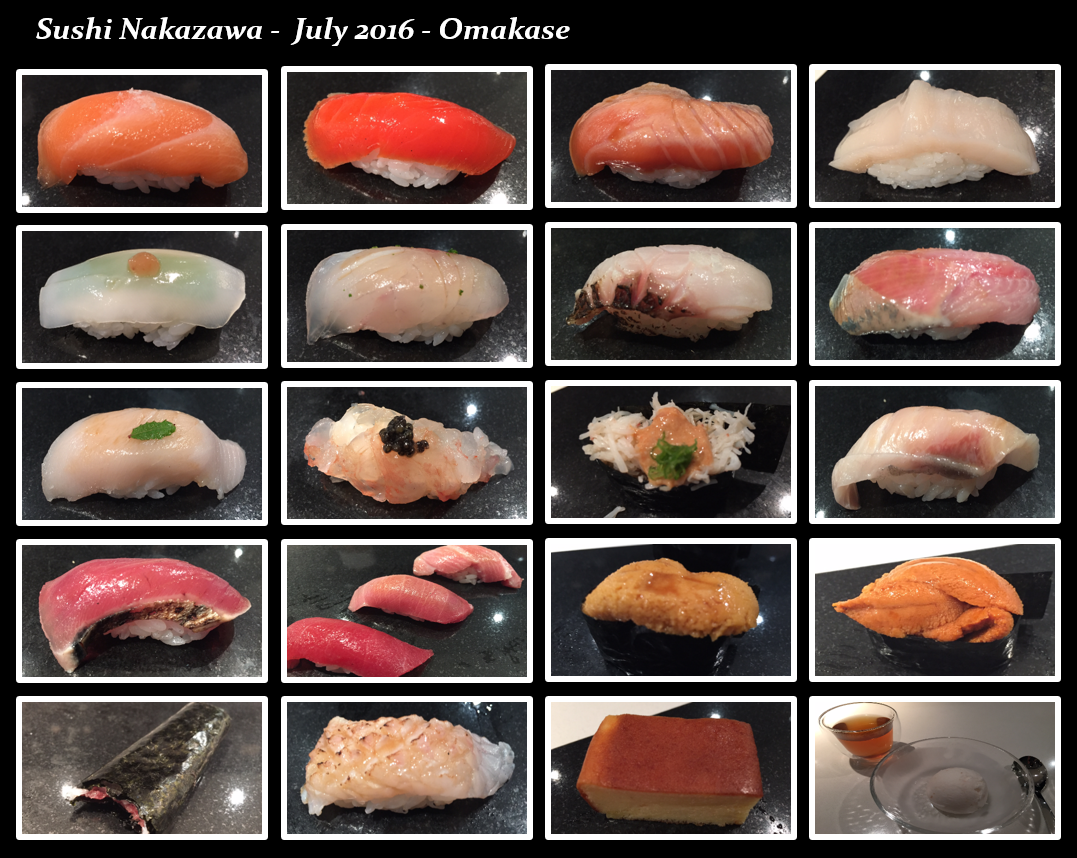 My first visit to SUSHI NAKAZAWA!  FINALLY!!!  You have no idea how long I’ve been trying to get in.  Try, THREE YEARS, as in, since it opened in the summer of 2013!  Pretty much every morning, once I’m online, the first thing I check, is availability at SUSHI NAKAZAWA.  I would periodically find a middle of the week reservation at 5PM or at 9:30PM.  I would think, I’m not doing the early bird special, and there’s no way I can hold out on eating until 9:30, so I will be sure to spoil my appetite by chowing down beforehand.  That stubbornness resulted in a three year wait, and ultimately, a 5PM reservation.  Dumba*s!!!  At least it was a Friday night, and not middle of the week.  Want to hear the secret?  Reservation slots are released nightly at midnight!  Yes, checking at 9 in the morning means you’re at least 8 hours too late!

Want to hear another marvelous revelation?  They now have a lounge/bar!  While the East Village is swarming with bars that serves Sake and Sushi, the West Village, not so much!  In February of this year, their previous direct neighbor, a handbag merchant decided to move on, and SUSHI NAKAZAWA seized the opportunity to expand.  Ingenious!  You can’t order the Omakase, and Chef Nakazawa won’t be the one preparing the fish (note that he isn’t the one preparing it if you eat at the restaurant tables either), but they offer pretty much the all the same fishes as the do at the sushi bar and restaurant tables, and will have some additional options on sushi “flights”.  Their fish is certainly pricey, but not out of the world expensive, so it’s a really good alternative.  And if we weren’t doing the Omakase tour of NYC’s finest for the sake of this blog, I probably would prefer to order a la carte, have exactly what I want, and can soy-sauce-dip, heaviness-of-my aburi-request, salt/no-salt-request, and discard rice when provided too much, to my heart’s content without offending the chef!  Talk about the sacrifice, the selflessness!

If you’re a sushi lover, you’ve probably watched “I dream of Sushi” with Jiro Ono, and probably, more than once.  Chef Daisuke Nakazawa was one of Jiro’s right hand men at the original Sukiyabashi Jiro, one of the very few 3 Michelin Star sushi restaurants in Tokyo.  While Chef Nakazawa stays true to Jiro’s Edomae-style sushi, celebrating the freshness of the fish, and dressing it minimalistically, the atmosphere, both overall experience and décor, are worlds apart.  Jiro believes that fish should be served and consumed quickly, so that the diner does not recognize they are getting fully, and are able to truly appreciate each piece as though it is they are on an empty stomach.  For this reason, most of the meals at Sukiyabashi Jiro is complete within 20-30 minutes.  At SUSHI NAKAZAWA, they do three nightly seatings at the sushi bar, 5, 7:15 and 9:30.  They allow for a 2 hour window for food, and a 15 minute window for turnover.  This is the perfect amount of time!  Ah-hem – TANOSHI!!!  While I try SO hard to NOT compare restaurant to restaurant in my reviews, it is really hard not to.  Our last restaurant on our Best of the Best Omakase tour of NYC was TANOSHI.  While I loved their food, their BYOB, their hole-in-the-wall style, their 90 min window which includes the turnover time, is nowhere near enough.  More to my self-inflicted-taboo-comparisons?  The experience!  While we eat, drink and tip lavishly, we really dress like hobos.  Well not total hobos, but NYC people like to dress fancy, we don’t.  Looking at us, you might wonder whether or not we are able to pay our bill.  Ok, I’m just being dramatic, it’s not that extreme.  When I think TANOSHI, I think I should fit in perfectly, and be super relaxed given its seemingly super chill atmosphere.  Not so!  Chef Toshio Oguma does not drink, does not like to chat, and their one and only host/bus boy was snooty to the max!  On the contrary, when you walk into SUSHI NAKAZAWA, the space, curtains, the marble, the onyx, the overwhelming amount of staff and sommeliers, it can be intimidating!  The experience was anything but.  Chef Nakazawa and his full staff, everyone from the host & hostess, to the manager, to the sommelier, to the bus boy, they were all incredibly friendly.  I almost wanted to give my sommelier a hug when we were leaving!

So was it everything I dreamed it would be and more?  YES!  It was!

We will be back again, and again and again.  I’m happy I got to do the omakase with Chef Nakazawa, but I will likely just lounge it in the future.  Chef Nakazawa will never customize my omakase for me, I’m just too specific.  Or as boyfriend likes to describe me, “she’s a real pain in the a*s.”  We are a very loving couple.  Kidding aside, having one chef serving 10-12 patrons at a time, he couldn’t possibly?  For the rest of the world though, the omakase at Nakazawa is super well balanced, you really do get a little bit of everything, salmons, whites, silvers, yellowtails, tunas, and shellfishes (shrimp, scallop, clam, crab, and UNI), you get rare and super high end fishes, and every piece is super fresh and well put together.  They get a fantastic overall rating of 31.  Their only ding was the Sake markup, where they only got 2 out of 5 points.  Tsk Tsk!: 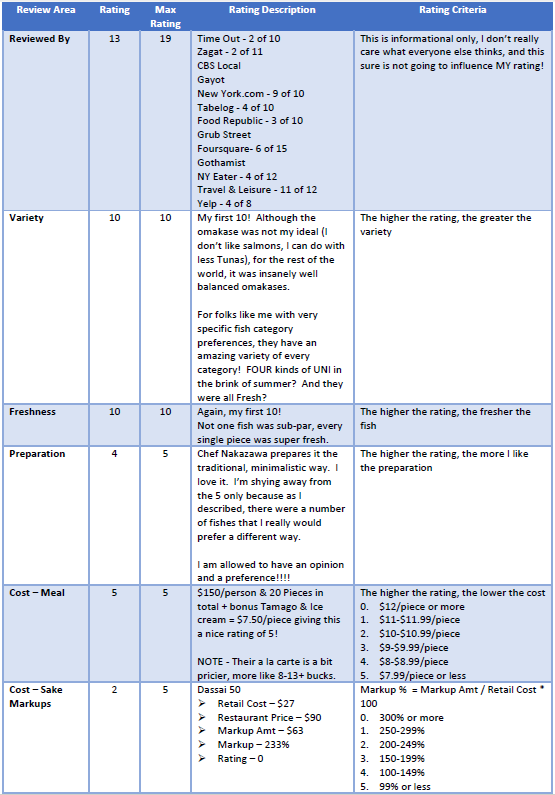