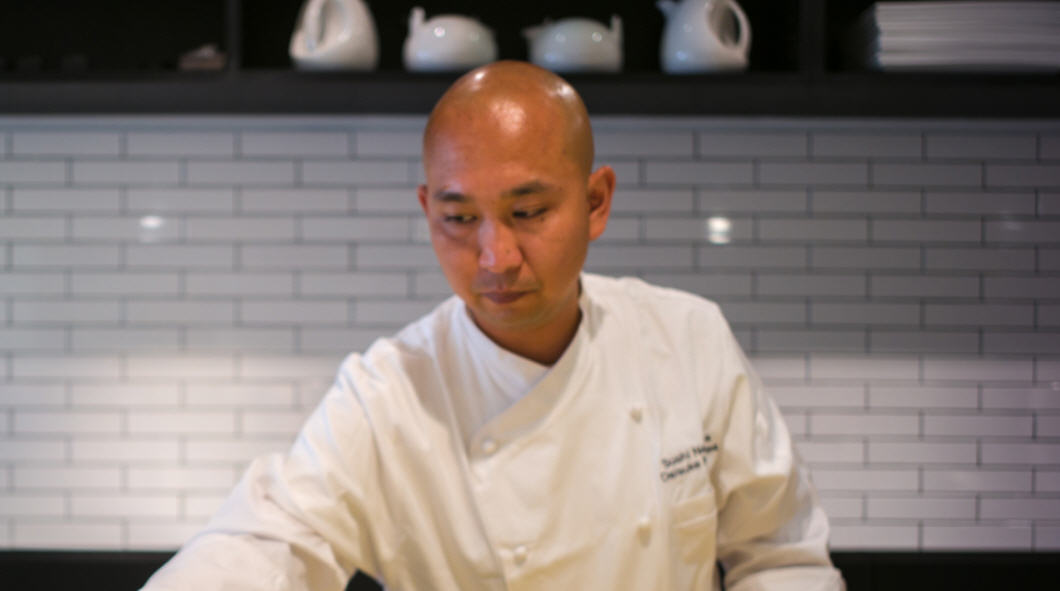 Almost two whole years since our last full omakase, and what a difference.  Our first and only other full omakase with Nakazawa-san was great, too many salmons (which is still the case), but everything was fresh, and tons of UNI options.  Today, out of 25 servings (omakase is 20 servings, we had 5 add ons), there were 3 greats, 15 goods, 4 mediocres, and 3 downright bads.  Meaning, today’s omakase was A LET DOWN.  In my opinion, there should be zero tolerance for ANY “bad” servings for super high end sushiyas.  And that’s what they’re trying to be right?  I had briefly wondered whether it was because Nakazawa-san was hurt.  He was in a full sling, thus could not prepare the fish himself.  But that should not have stopped him from overseeing the selection, the aging, the preparation, and the tasting of the fish.  We were served two skunked UNIs, and one bitter BOTAN EBI.  Honestly, if you’re supposed to be a 4 star sushi ya, you should be guaranteeing your customer a certain level of quality.  There is no excuse for even one bad serving, and they had THREE.

It’s funny, I was chatting with a dear girlfriend of mine, who I call Kitty Kat.  Kitty Kat’s new beau was raving to her how Nakazawa was the absolute best sushi restaurant in NYC.  Kitty Kat shares that he goes to Tokyo a lot, so he should know what he’s talking about.

This frustrated me on so many levels.  I’m not saying that this is what Kitty Kat’s new beau was, BUT…  People read an article or two and think they know it all.  But who wrote that article?  What qualifies their opinion?  And for folks to think that because you’re from Tokyo, you’re the know-it-all on sushi?  Why?

I’m not saying that I’m the authority, but I do have a very specific and CONSISTENT way of on how sushi-yas are rated.  It ensures the same scale, same measurement basis.  Costs aside, a good sushi-ya should mean a decent variety, fresh fish, and well prepared, which includes how well it’s aged as well as how it’s served (cutting, treating, toppings, dressings, etc).  I add in costs because to most, cost matters.  When I go to a sushi-ya, I’m also always looking for what they do that makes them shine, what are the one, two, three (or more) servings that knocked my socks off, that makes the meal unforgettable, that means I MUST go back.  The unfortunate truth is, Nakazawa did not have ANY servings that warranted daydreaming about.  And trust me, I WANT to love Nakazawa.  $150 for a 20 piece omakase is a VERY good deal, AND we live SO CLOSE, 10-15 min walk max.    I WANT to love Nakazawa, but I can’t.  That speaks volumes.

Oh, and going back to the Tokyo/non Tokyo bit, just because you go to Tokyo a lot, or even if you’re a Tokyo native, that don’t mean didly squat to me.  I mean, if you’re from the US, are you a hot dog and cheeseburger expert?  If you’ve been reading my posts, you’ll know that I believe high end sushi from NYC kicks high end sushi at Tokyo’s booty.  I go into quite a bit of detail about NYC vs Tokyo sushi in my UCHU post, so take a read.  Now, if you’re from Sapporo, I might speak a little softer.  HAHAHA!  Take a read of my SUSHI MIYAKAWA (Sapporo) post!

I’m not obnoxious enough to say that because I’ve had two omakases, I’m fit to give the final word on a restaurant.  But I’m also not ignorant enough to think, NY Times says 4 stars, so they must be the best.  Give me a break!  So let’s have an honest and open discussion.

My Loves and No-So-Much about Nakazawa:

Now I ask… what was NY Times basing their stars on? 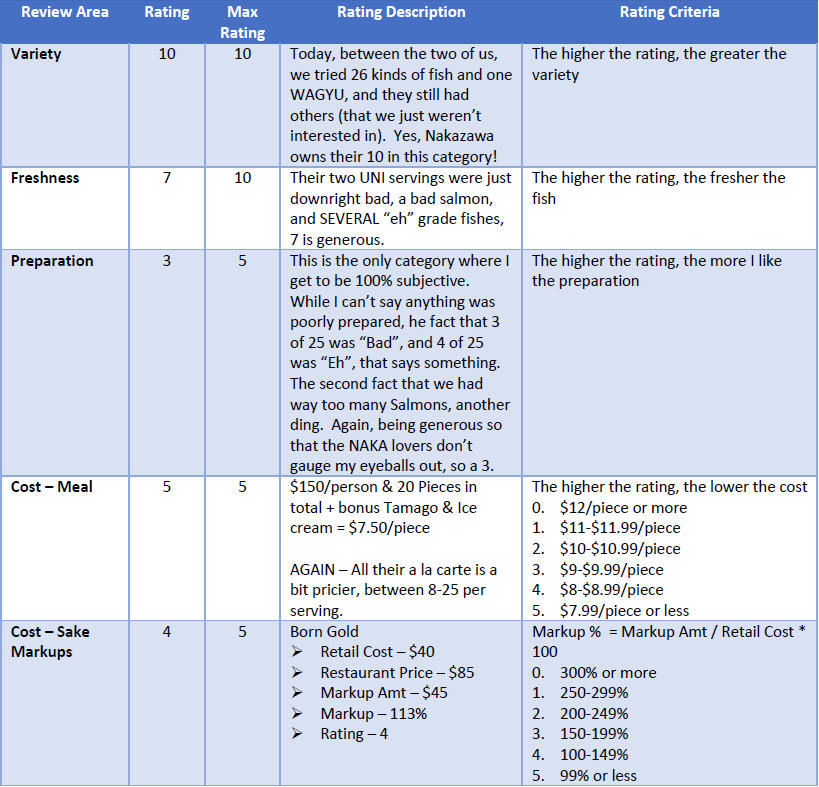