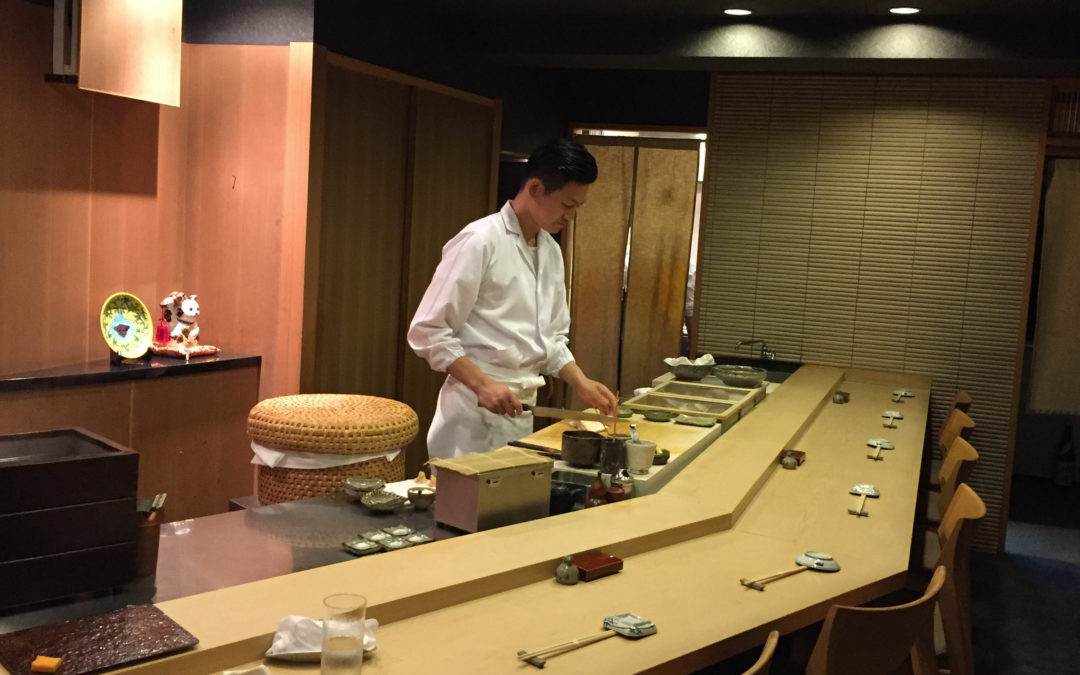 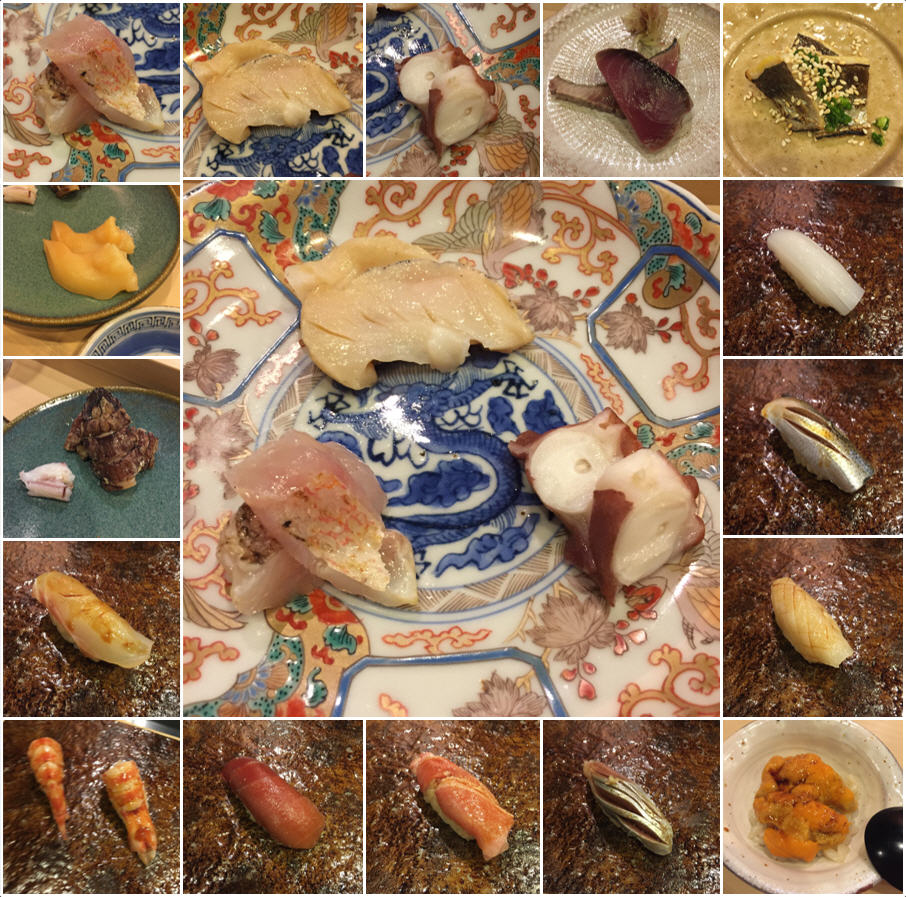 As I stated in my SUSHI MIYAKAWA post, SUSHI MIYAKAWA is by far the best sushi I’ve had in Japan.  Compare that to Sushi Hoshiyama?  What a disappointment!  Sushi Hoshiyama is not a bad sushi-ya, it’s a perfectly acceptable-mid-20s-SushiGirl-rated sushi-ya.  Acceptable variety, acceptable freshness, mediocre preparation, and a bit pricey on cost.  Now here’s the background behind the rating, and MORE:

And MORE (beyond the categories used for the rating): 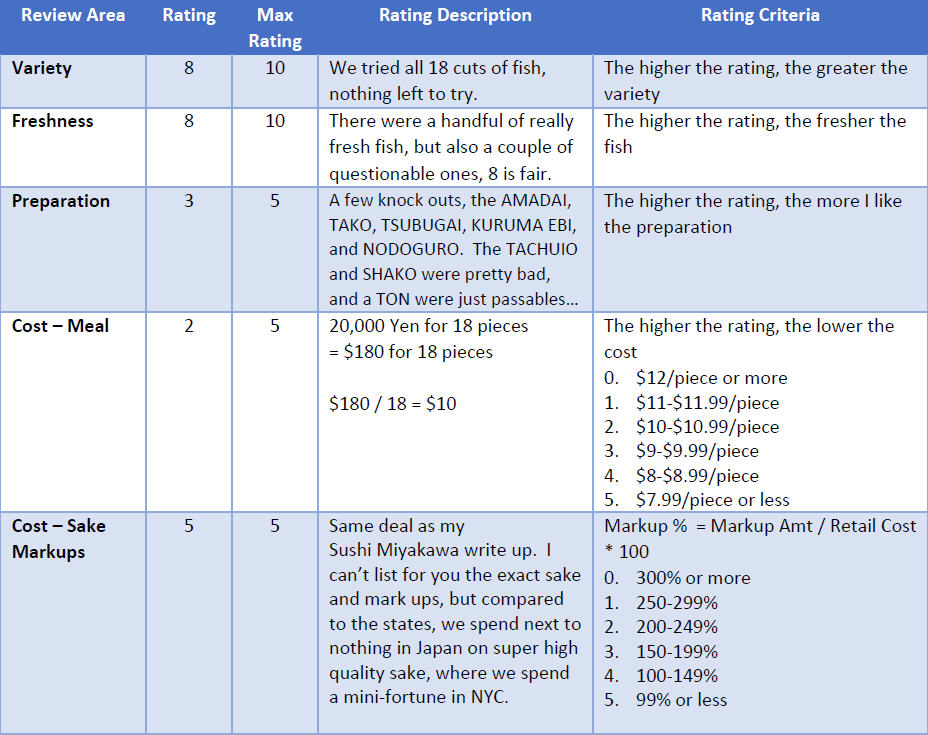