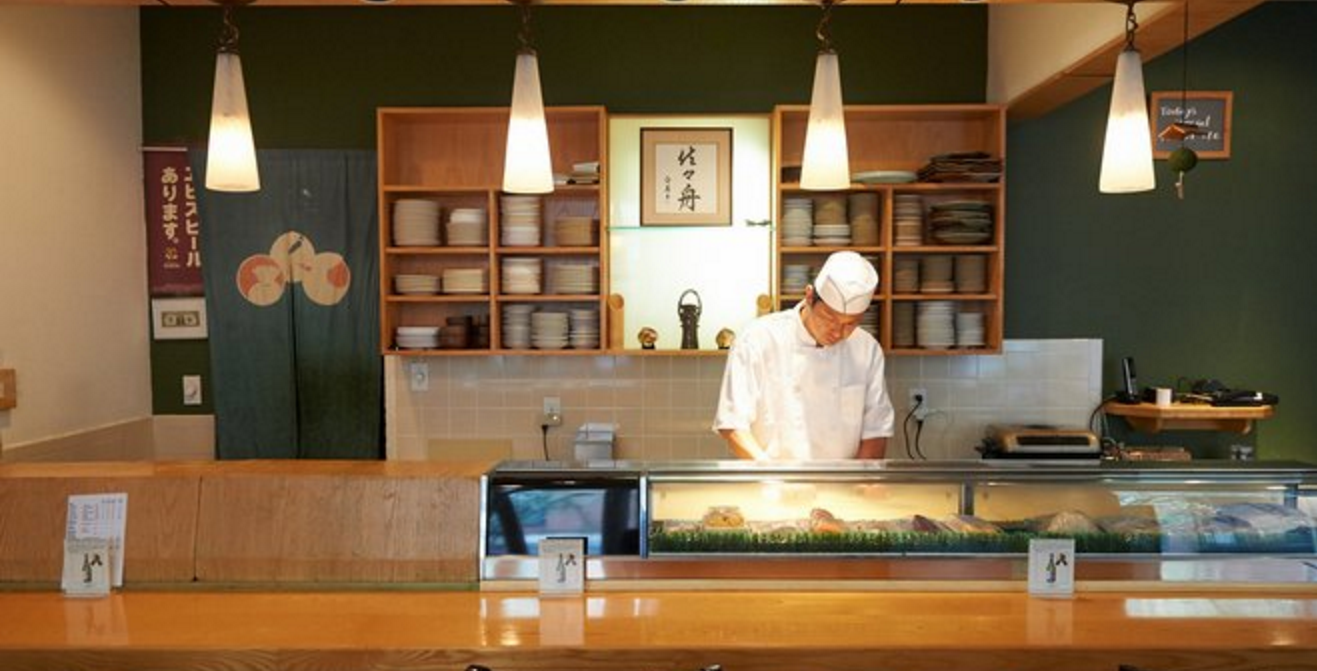 Have you been to Sasabune before?  Perhaps a fan even?  If you are, please close this page, and pretend like you never came across this posting.

I was a pretty big fan when Sasabune first opened up in 2006, but due to its unfortunate home of the Upper East Side, visited only once-a-year-ish since, but something obviously kept me coming back.  This latest experience was widely different from all my previous experiences, so I really didn’t know how to write this post, or if I should be writing this posting at all.  It’ll be difficult for me to go back for quite a while though, so might as well get over it.

Let’s discuss my USUAL experience first.  Usually, nabbing a seat at this 6-8 person counter is not an easy feat.  Usually, by 7PM, this tiny little restaurant is packed.   Usually there are 3-4 other sous chefs/wait staff with head Chef Kenji Takahashi behind this tight spaced sushi bar, working, chatting, laughing (really loudly might I add) the evening away.  Usually, I leave stuffed, busting out of my pants.

So how did today compare?  Pros and cons?

Onto our Omakase for tonight:

Until the day that I can easily get a GOOD blue crab roll elsewhere in NYC,   I’m not ready to completely write off Sasabune.  I don’t know what’s going on, why the place was a ghost town, or why they cut back on their chefs & fish variety.  In past visits, I would get a nice shellfish sashimi platter, with various mollusks like MIRUGAI (giant clam), some sort of a one shell clam like a TSUSBUGAI (whelk), my AWABI or TOKUBUSHI (abalone), both my oysters would be great, and so much more.  I would walk out of there stuffed beyond belief, and happy (with the food at least).  So I’m hoping this is just a phase that they’ll snap out of, that I can continue to complain about making the trip uptown.  In the spirit of my tour of best of best NYC omakases though, I have to rate Sasabune based on my experience TONIGHT.  And for that, that get a very disappointing rating of 25 out of 35. 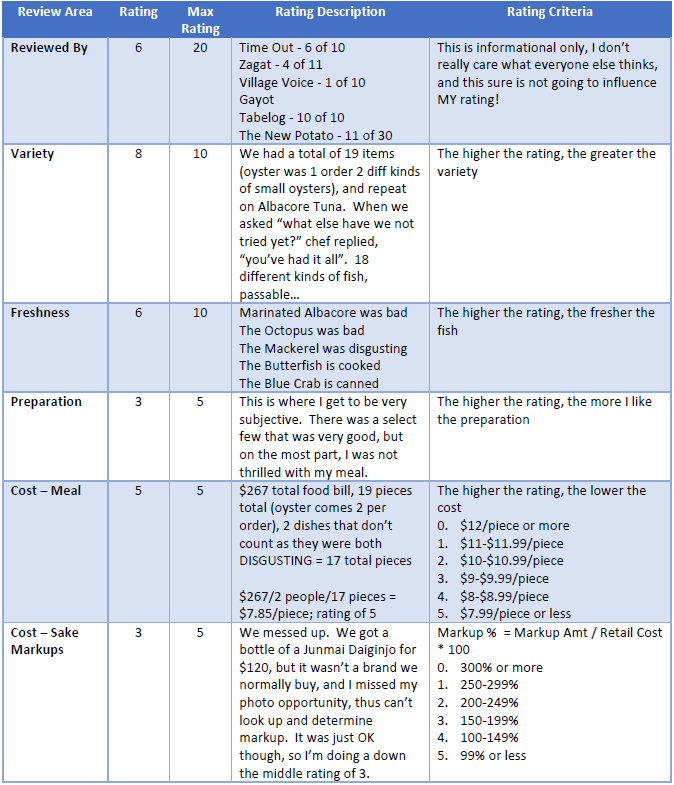