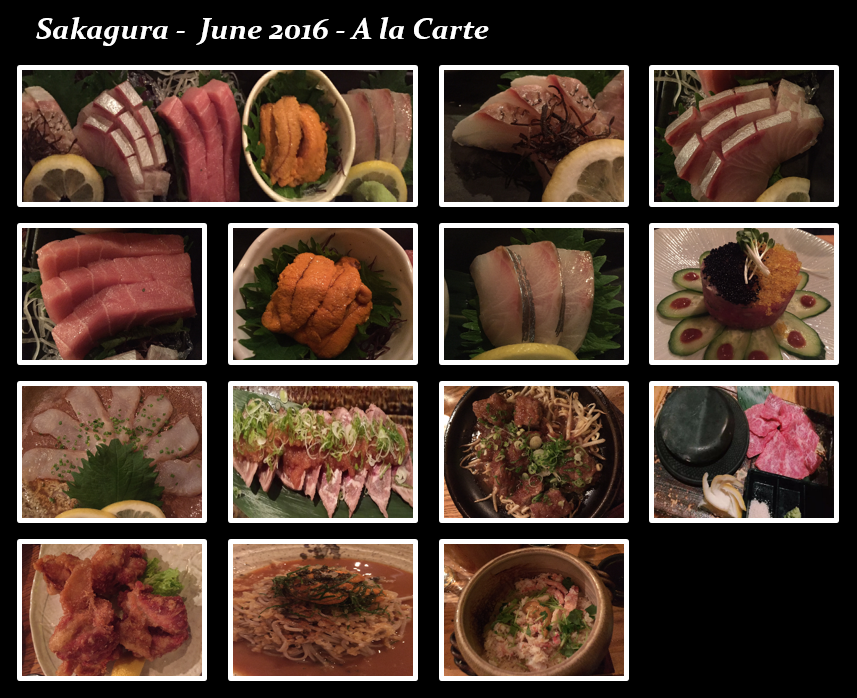 SAKAGURA is NOT a sushi-ya, it is a sake bar/restaurant. I had considered whether or not to write about this at all, but then boyfriend thought that if you like sushi, you probably like SAKE too! And thus came about the categorization of “Fancy Sushi”, “Not-so fancy Sushi”, “Everyday Sushi”, and “Sake Bar”.

“Sake bars” is not a new concept at all, but NYC seems to be just getting hip to this idea. In the last few years, a number of fairly decent sake bars opened up! SAKAGURA and DECIBEL are two of the OLDEST sake bars in NYC, 1996 and 1993 respectively. The whole purpose of a sake bar is to give patrons an opportunity to try lots of different sakes, while providing some small plates to enjoy with your sake. SAKAGURA is arguably more of a restaurant than a sake bar, but they have such an impressive sake by the glass menu, that they can easily be put in either categories of restaurant OR bar. Just not a sushi-ya, given that they will always only serve a handful of sushi items.

I used to come here a bit after college. I loved the fact that there’s only a tiny sign on the SIDE of a building wall, where you have to navigate through a very commercial building, having to go down a flight of stairs, into the basement, before arriving at the entrance. Having it a little hidden gave it the appeal of exclusivity. I used to love bringing out of towners here for that same reason. These days, it’s just not that big of a deal. I go where the food and drink takes me, exclusive or not makes zero difference.

Onto our meal. It might seem like we ordered a lot, but it was for 3 this time, boyfriend, myself, and my super close girlfriend that I like to refer to as kitty kat. I have no idea why I started calling her that, but I did, and she didn’t mind, so I continued.

While waiting for kitty kat, we started with 2 glasses of sake, “Shuhari” and “Next Five”. Neither of which were any good! We got lazy of trying, so just went straight to our usual, Dassai 39. Kind of defeats the purpose of going to a sake bar, huh? Believe it or not, after our dinner here, which included a few bottles of Dassai 39, we walked down to Decibel and drank some more! I’ll write abt Decibel another day. It was from 43rd street down to 9th street. We really like to walk! It’s actually not the most impressive walk, we once walked from LES (Lower East Side), to the Rockefeller Center, back down to Midtown east. Another time, we walked from one side of the Golden Gate Bridge, to the other side, down to the lovely town of Sausalito, from one end to the other, then back the other way, before settling at a bar. This is where I break the stereotypical mold of an Asian American girl. No doubt, I have a number of Giuseppe Zanottis, but since being with this lovely man of mine who insists upon walking, I now LIVE in my crocs. I continue to digress, do you think I might have ADD? Back to SAKAGURA!

The Sharing Plates:
1. SASHIMI MORIAWAS – 5 cuts of whatever fresh fish SAKAGURA was able to stock that day. We ordered two of these b/c it’s only 3 slices per fish, so we need to have 2 orders if everyone was to have 2 slices per fish!

MADAI – Very good, but not great.

KANPACHI – The KANPACHI and the SHIMA AJI were my favorites. 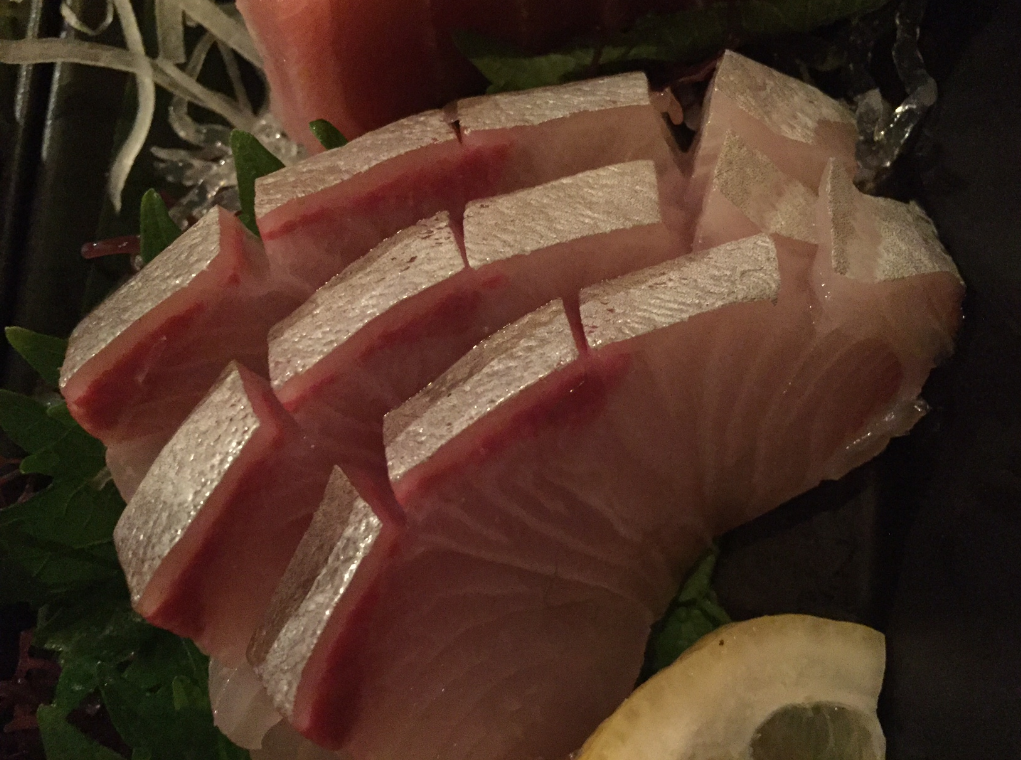 CHUTORO – I’m picky about my TORO, and CHUTORO is my favorite cut. This was not that fresh.

MAINE UNI – I would hope that SAKAGURA would splurge and get their UNI from HOKKAIDO, but not so. This UNI was not good. 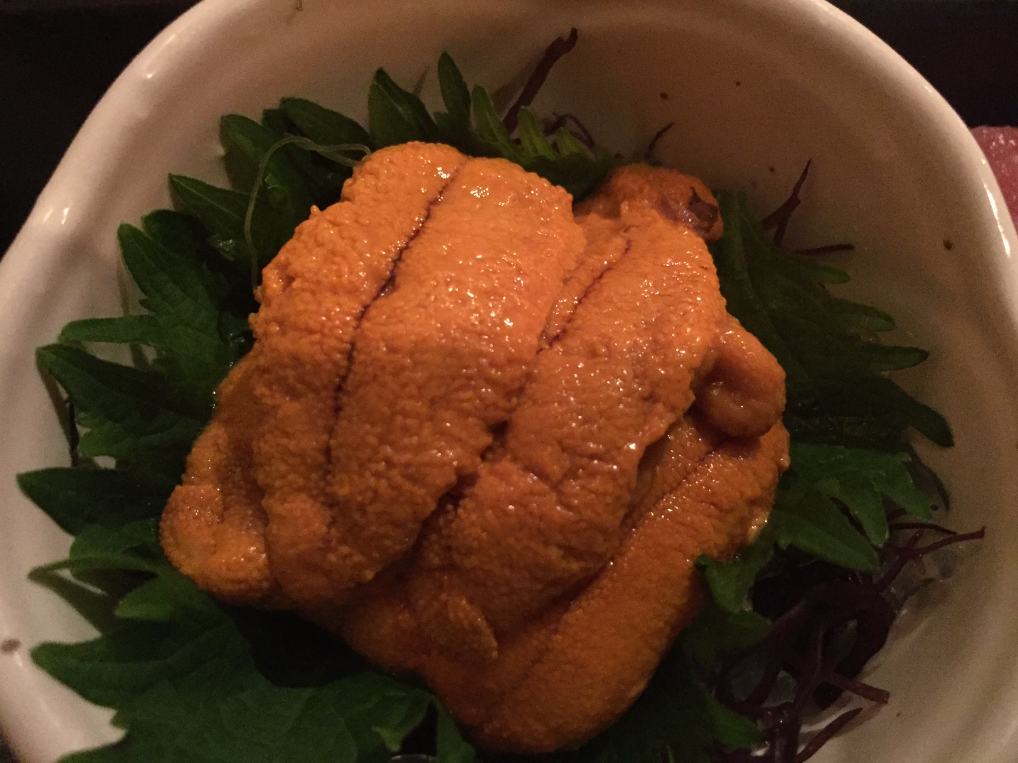 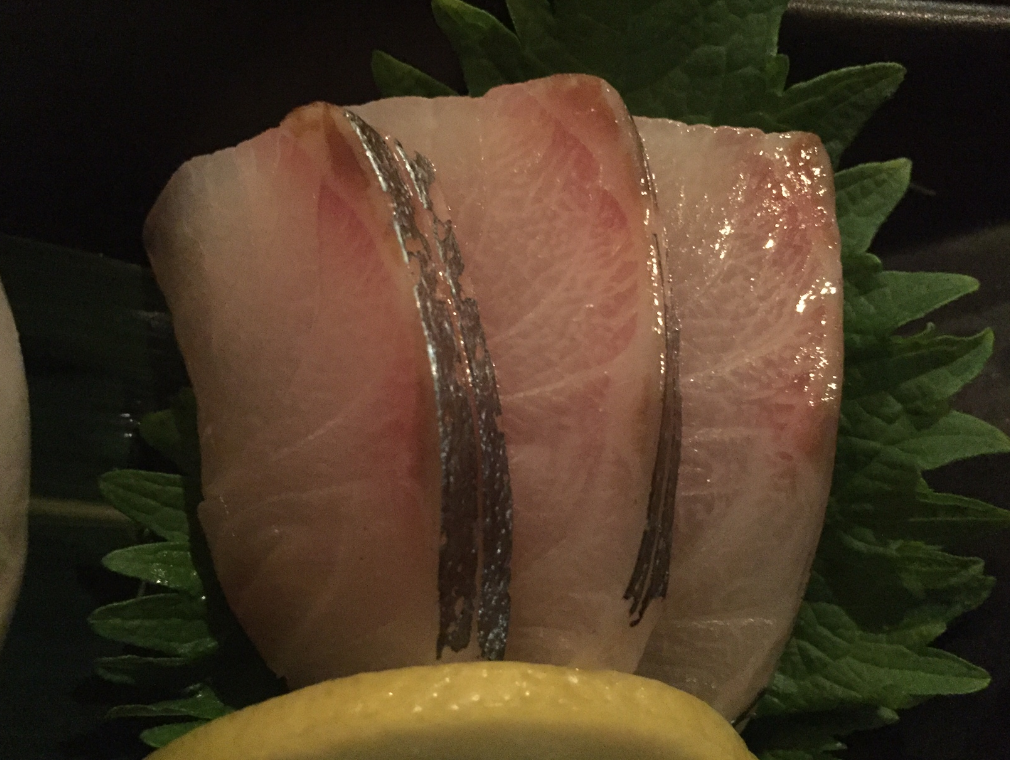 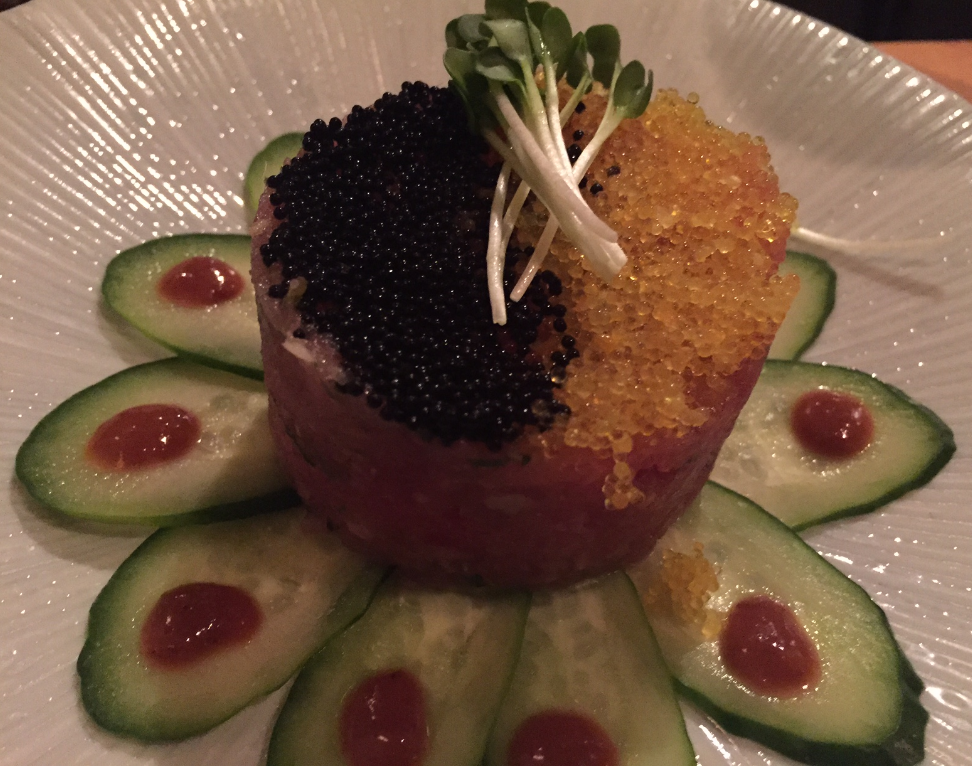 3. HIRAME PONZU – Typical HIRAME USUZUKURI, sliced thin, with ponzu and MOMIJI OROSHI (Grated Daikon Radish marinated with red chili peppers) and Chives (as opposed to Scallions). It was fine. But for some reason, I was hoping for something different, something more extravagant. Dumb girl. 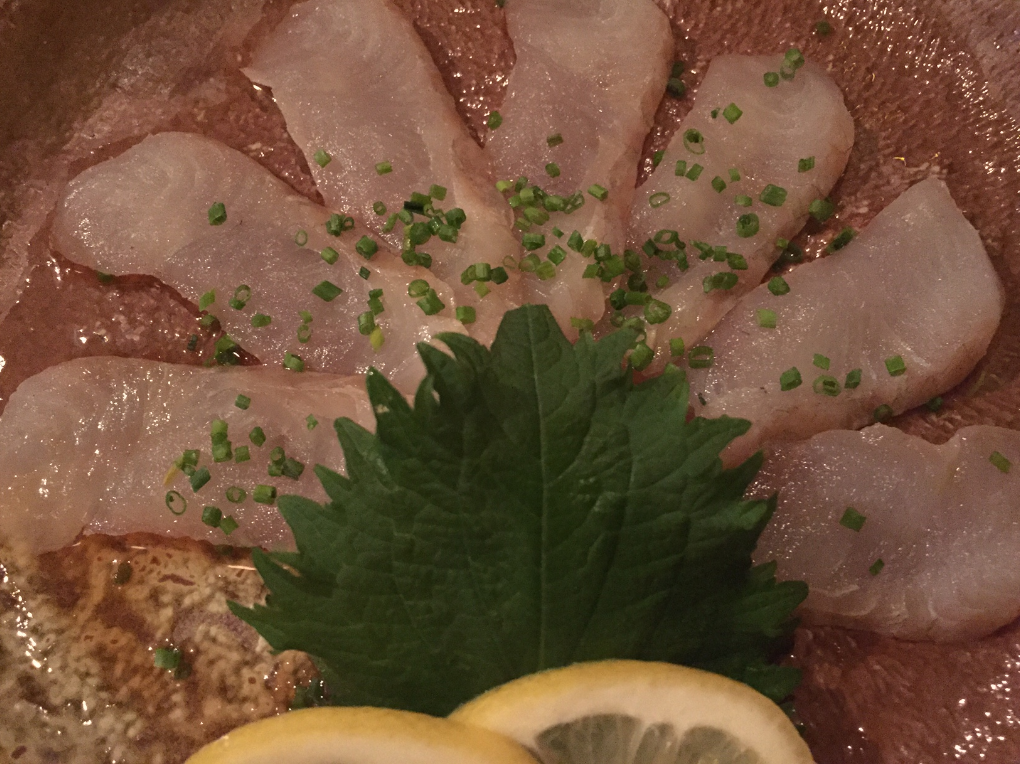 4. WASHU BEEF TATAKI – This was fine, but nothing to write home about…

5. RIBEYE TOBAN STEAK – This one was cooked throughout! After my complaints to our waiter, a lady came by, took this dish back to the kitchen, and returned shortly after with the same plate, saying she could not make it more rare. No duh! You can’t uncook a steak! It is not unusual for steak to be overcooked, it is a shame though, when a patron repeatedly expressed how if it’s not rare, she does not want it, for the waiter would still take that order. The lady suggested that we order the PREMIUM ISHIYAKI instead. Fine, but why was that not suggested at the time of ordering? Ugh! 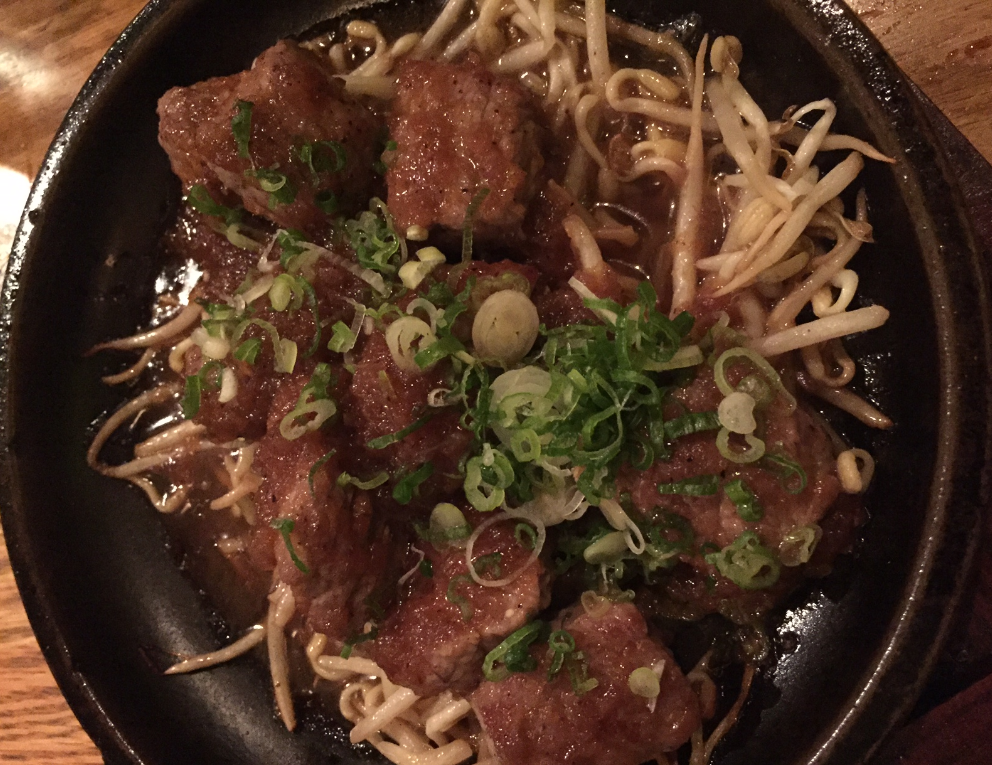 6. PREMIUM ISHIYAKI (ISHI = hot stone) – This is served raw, with a hot stone for you to cook yourself, and a dipping sauce to compliment. It was fine, but the steak was not the highest quality. I would not have called this “premium”. I occasionally order wagyu steak and to cook at home. My frozen cuts were FAR better.

7. TORI KARAAGE – You know how there’s a stereotype that says black people love fried chicken? Well, they clearly have not met the Chinese! We LOVE fried chicken, and specifically the dark meat. I make a MEAN Karage at home, so they do have big shoes to fill here. And they failed! Miserably! You know who has good karaage? UDON WEST! It’s a hole in the wall udon restaurant on St. Marks. For 7 bucks you get chicken Karaage and a big bowl of udon. DELISH! So here’s SAKAGURA’s overly breaded, under-seasoned, DRY Karrage: 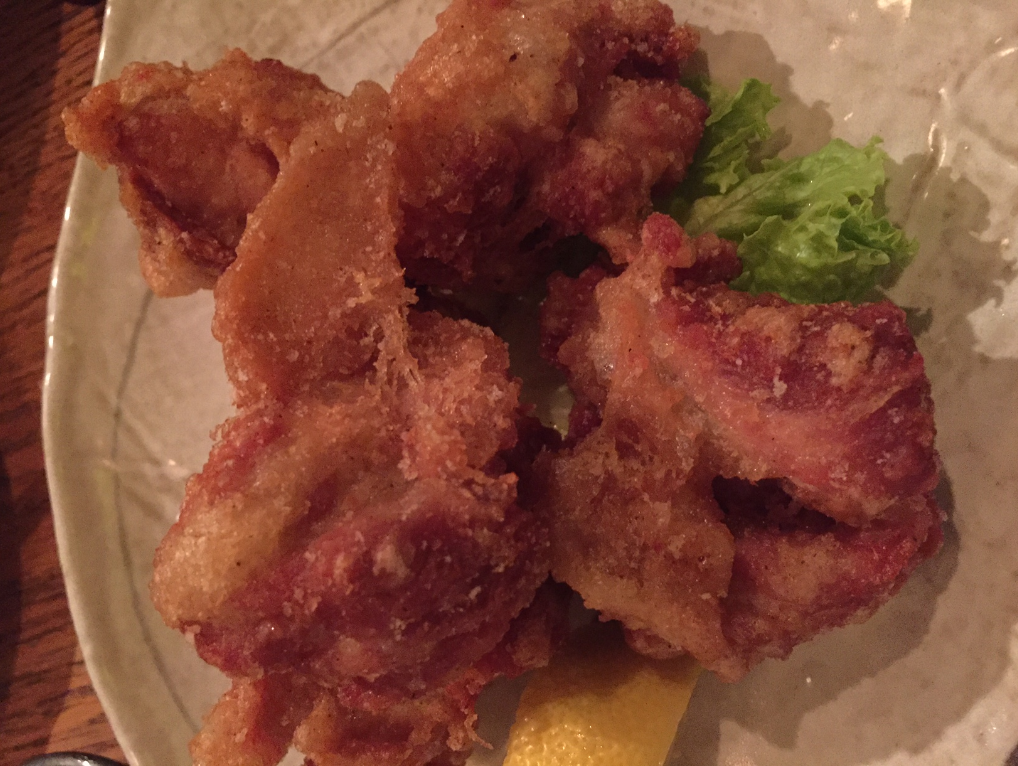 8. UNISOBA – Soba (buckwheat) noodles topped with fresh UNI, in an UNI soup. My fault for ordering this when I know the UNI was from MAINE. 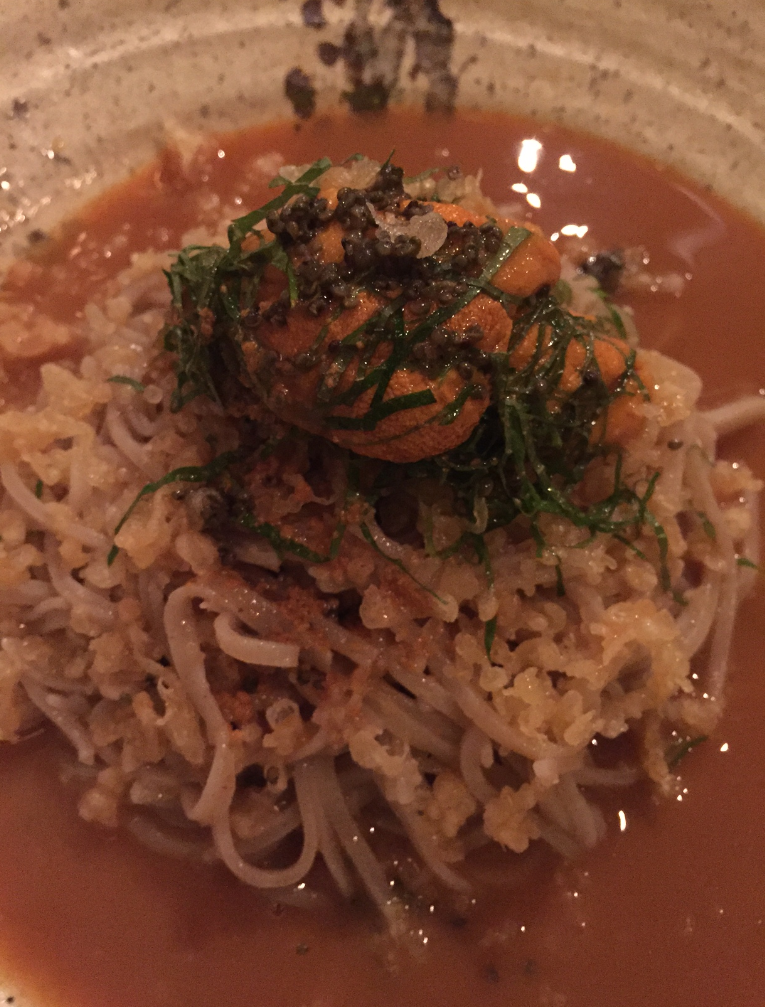 9. KANI DONEBE MESHI [FOR 2] – Snow crab & snow crab butter steamed rice. It both looks and sounds so marvelous, so decadent.  In reality, just another bland dish… 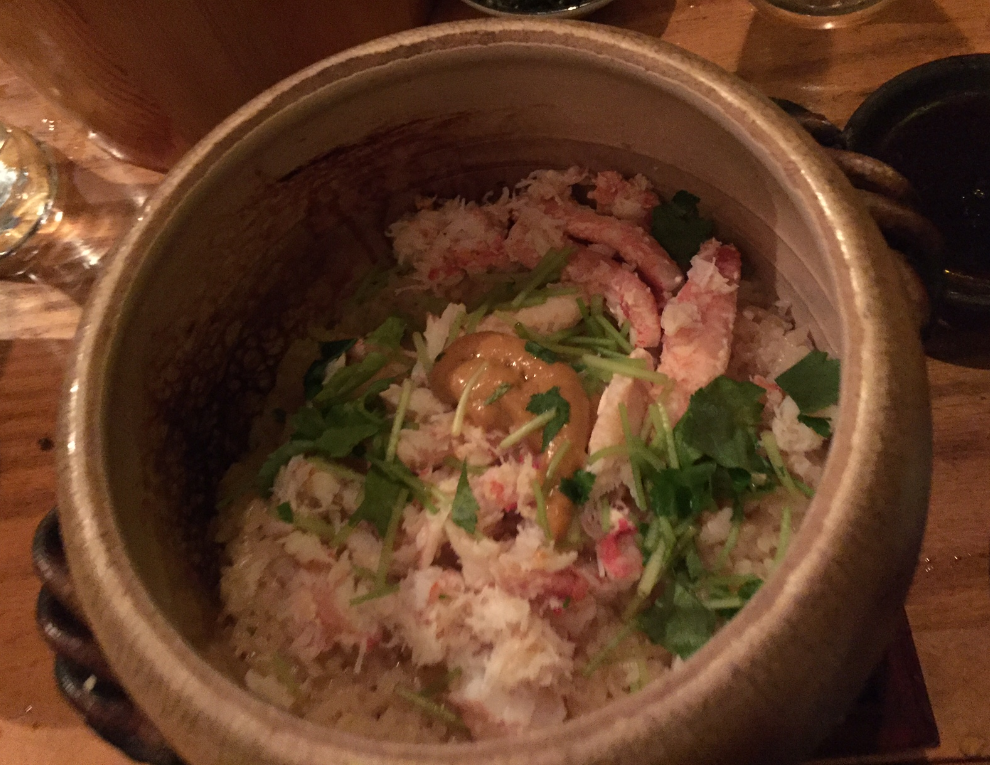 Overall Thoughts:
SAKAGURA is not a sushi-ya, but a sake bar. They do have decent fish though, so go! Eat, DRINK, and be merry! The overall rating is a tad misleading as I’m rating it like I would a sushi-ya, so reader beware! Overall rating of 20 out of 35: 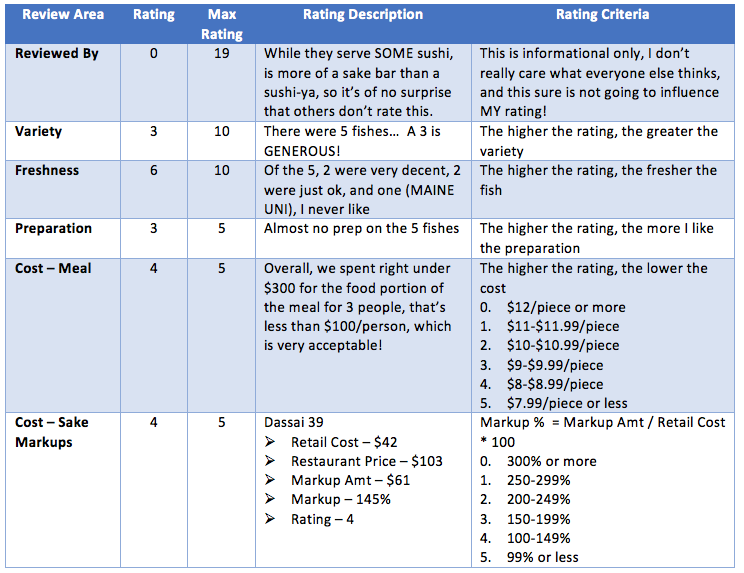