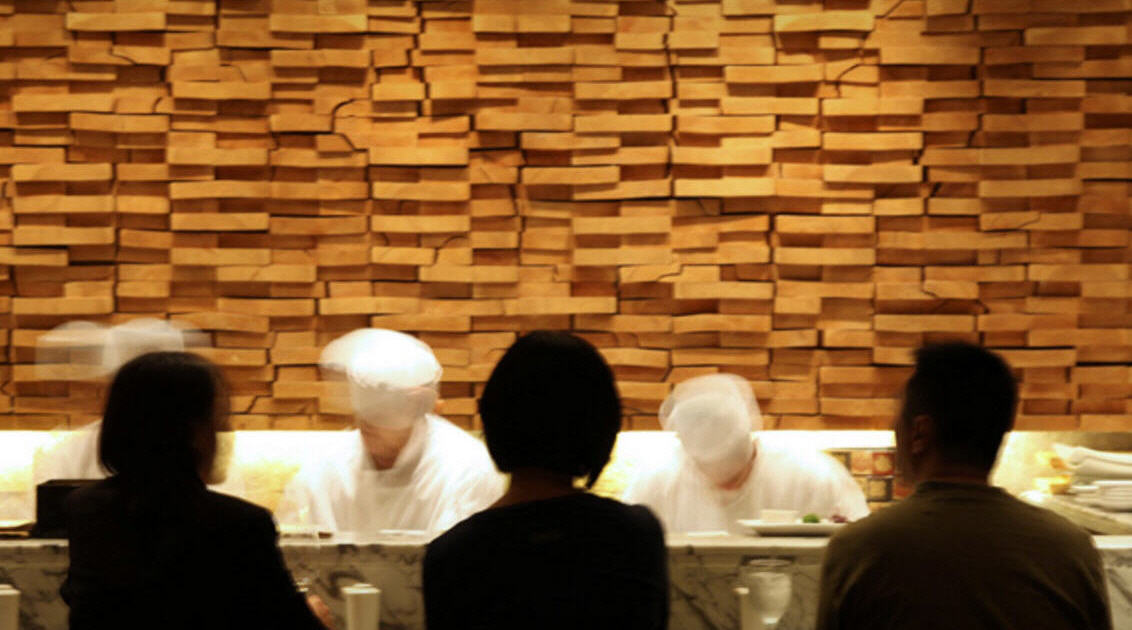 My first sushi meal since returning from Hong Kong and Tokyo.  I’ve been in hiding for almost two weeks now, and for good reason.  Jet lag has just kicked me in the you-know-what, BAD!  Waking up at 3:30/4AM every morning, and dozing off by 7:30/8PM every night, does not exactly make me the life of the party.  When I finally felt somewhat well enough, my dear girlfriend whom I call Kitty Kat was kind enough to join me for a last minute invite for sushi.

Deciding on a location to dine was tough.  We decided Friday morning to go out Friday night.  Talk about slim pickings!  And we couldn’t really go to any of my standards, boyfriend gets jealous when I go to our favorite spots without him.  So we landed at a spot in Chelsea, close enough to Kitty Kat’s workplace, and far enough that boyfriend would be comfortable with.  You know what I just realized?  I talk A LOT about my personal life in these posts.  I wonder…  If I take read through every single post, what percentage of it is about sushi, versus the random stuff that I ramble on about?  I sound like quite the narcissist…

Momoya does not take reservations, but and if you find yourself on a Friday night, desperate for sushi, and with no reservation, it’s not a bad choice.  Show up no later than 6:30, and you’re in good shape.  Sushi bar seats are a crapshoot.  Seems flooded with either families with very small children (which I really do not understand), or single diners here on business yapping on the cell phones.  For this reason, bar seats aren’t exactly prized like they would be at a traditional sushi-ya.  Too late, we’re already here.

Momoya offers “omakase plates”, not the traditional kind where they serve you piece by piece.  Which is fine when it comes to sashimi, but when it comes to sushi, it makes a huge difference.  We placed our order with the waiter, two orders of the UNI/IKA ravioli appetizer (one each), one order of the Omakase Sashimi to share, and then two orders of the Omakase Sushi (one each).  The waiter said “wow”.  I asked if that was ok.  He nodded and very uncomfortably said, “yes, sure”.  Seriously, your customers do not need to know your feelings on whether or not they eat too much!

Sashimi Platter ($50 for the platter) – On the most part, everything offered was decent, but nothing was stellar.  The CHUTORO and OTORO were both lesser cuts, outrageously oily AND left a funky aftertaste, and the UNI was a bit grimy.  The Oyster was very good, but was left out for way too long, and was room temperature by the time of consumption.  I prefer my oyster cold.  All else was standard, nothing I would even order a second round of.  (Clockwise from 12 o’clock, outside round first, then the inside round):

Sushi Platter ($50 for the platter) – The really nice part of this platter is that they allow you to choose whatever roll you want.  That’s a nice touch.  The sushi again, were all fine, but again, nothing at all that is worth a repeat order of though.  That’s sad.  Compared to the sashimi plate, I would definitely choose the sashimi over the sushi due to variety and the ability to withstand sitting out on the counter longer, as it does take a while for them to finish prepping.  (Top down, left to right)

For the price you pay, for the $50 bucks for either the sushi or sashimi plate, this is not bad.  It’s fake fancy.  They take a lot more care in the presentation and the dressings than the likes of TOMOE or TAKAHACHI (of TRIBECA).  But those two other restaurant’s fish is by far fresher.  For this type of “omakase plates” though, KANOYAMA still takes the cake in freshness, variety, AND presentation.  All in all, a decent last resort, but would never been my first, second, or third choice.  Overall rating of 25 out of 35. 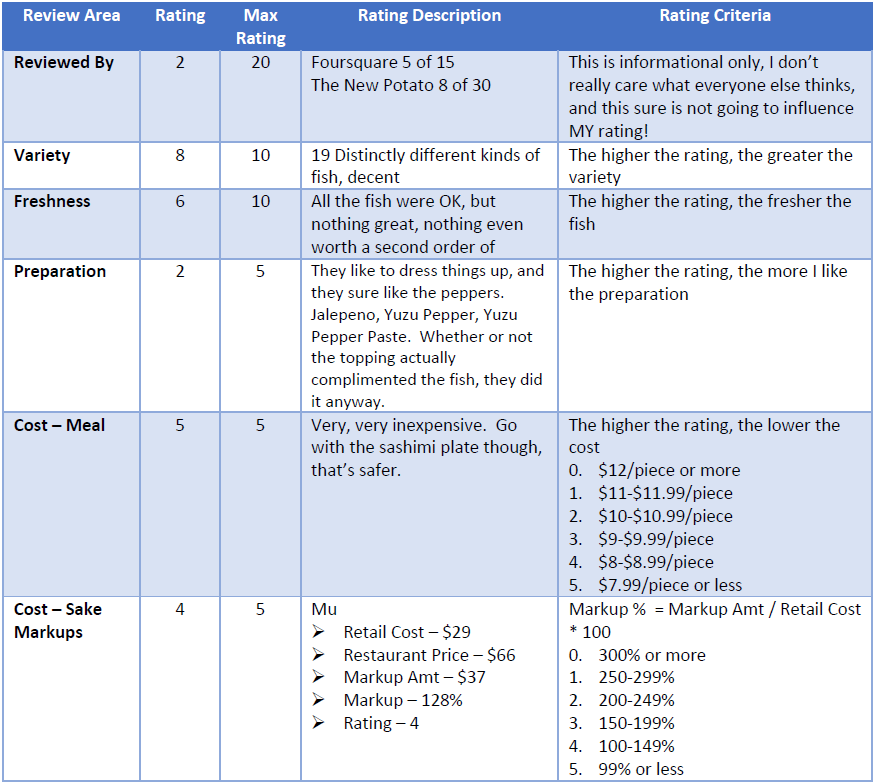