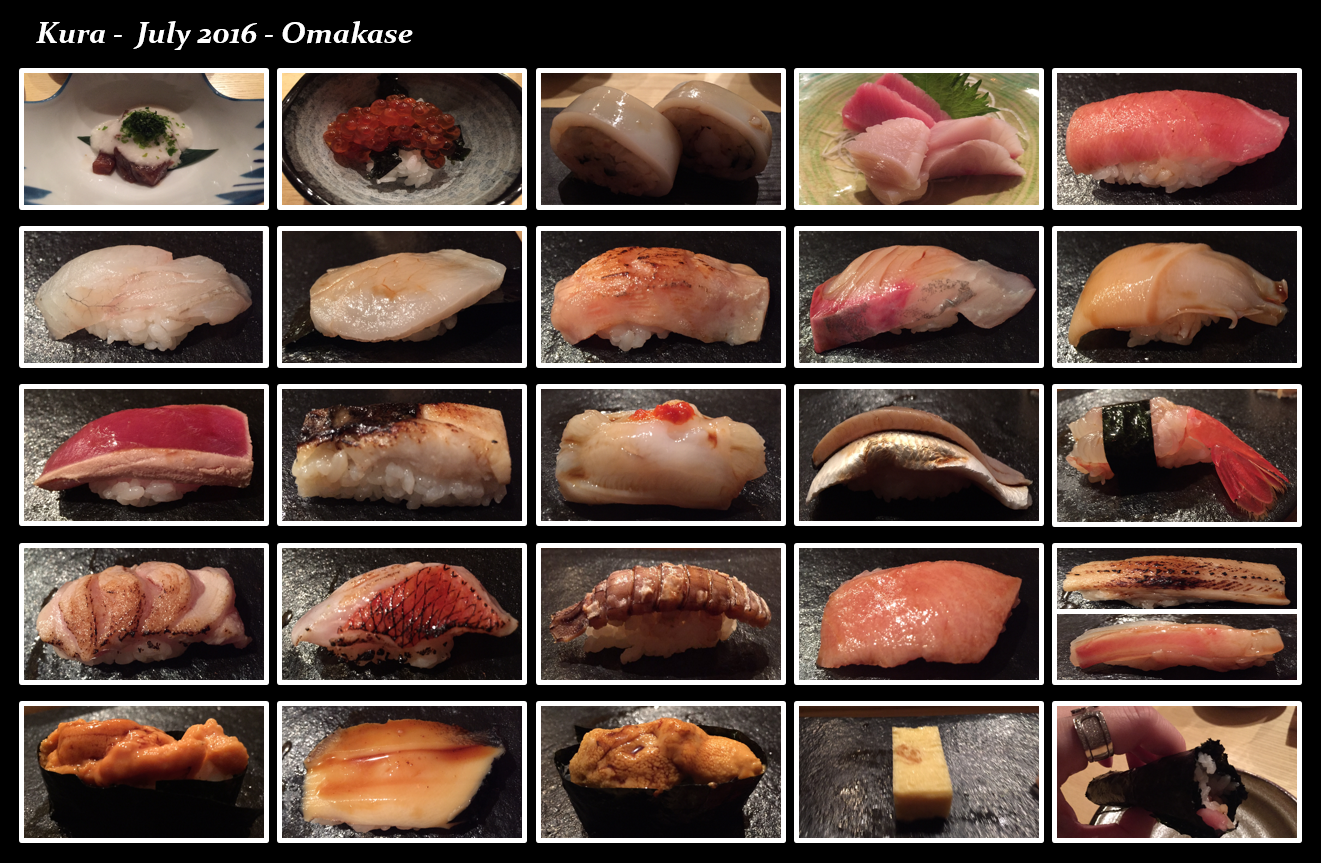 I read about KURA through some blog or another several years back when it first opened up, and made my first visit.  It’s a tiny little sushi-ya, maybe 10-12 counter seats, and one table for four.  KURA IS tiny in size, but tremendous in character and charm.  The head sushi chef, Chef Norihiro Ishizuka is an older gentlemen, with huge personality, and an award winning smile.  He speaks very little English, but definitely enough to explain what you are having, and even crack a joke or two.  It’s fun sitting at his counter.  Upon my first visit, I instantly fell in love, and for a short while, was a regular.  Why wouldn’t I?  The service is great, atmosphere is light and unpretentious, fish is fresh, and price point is decent.  What more could I want?

Admittedly, I have “quirky” preferences.  If you walk around NYC, and ask folks what their favorite piece of sushi is, 9 of 10 will tell you Tuna, or some cut of TORO.  I’m that last one, Tunas are not my favorite.   My boyfriend HATES when I play the “ranking game”, but ask yourself, if you can only have one TYPE of fish for the rest of your life, what would that be?  Tunas?  Salmons?  Whites?  Silvers?  Shell?  Shell is always unfair, as it’s so darn broad.  What if you can have two?  Three?  Well, Tunas don’t make it into my top three.  I know!  Craziness!  So while KURA would otherwise scream as an obvious choice to become a regular at, for all the qualities already mentioned, my struggle is Chef Ishizuka’s LOVE for Tunas.  Back when KURA first opened, they had three options for omakase, sushi, kaiseki, or mix of both.  Today, they have five.  The biggest, non cooked goods one, was sashimi starters followed by 20 pieces of sushi for a total cost of $180.  That was the obvious choice.  In our “mega” omakase, I would say, roughly 30% was all Tuna.  In my omakase, I NEED/MUST HAVE 2 pieces of Tuna, one AKAMI ZUKE, and one CHUTORO OR HAGASHI TORO.  Beyond that, it’s all just a hogging up my stomach space.  So for this quirky non-Tuna obsessed New Yorker, KURA will unfortunately not be a regular, but for the rest of you “normal” sushi-ers, go!  Enjoy!  Tuna it up!

Overall, if you love Tuna, KURA can be YOUR new found love.  Even if you don’t love Tuna, KURA is a quaint little restaurant, with fantastic service, ambiance, and super decent pricing, so very much worth the try.  KURA gets a super great rating of 30 out of 35 points. 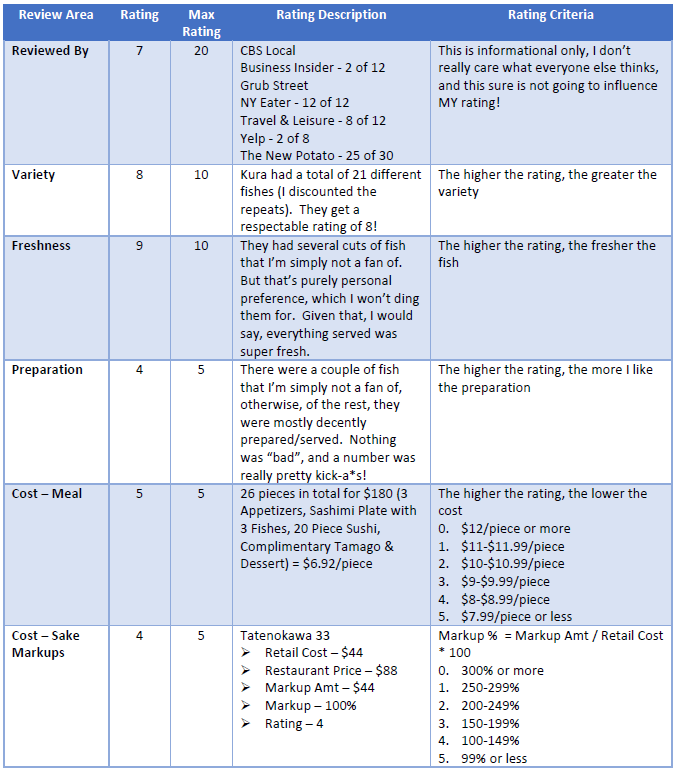