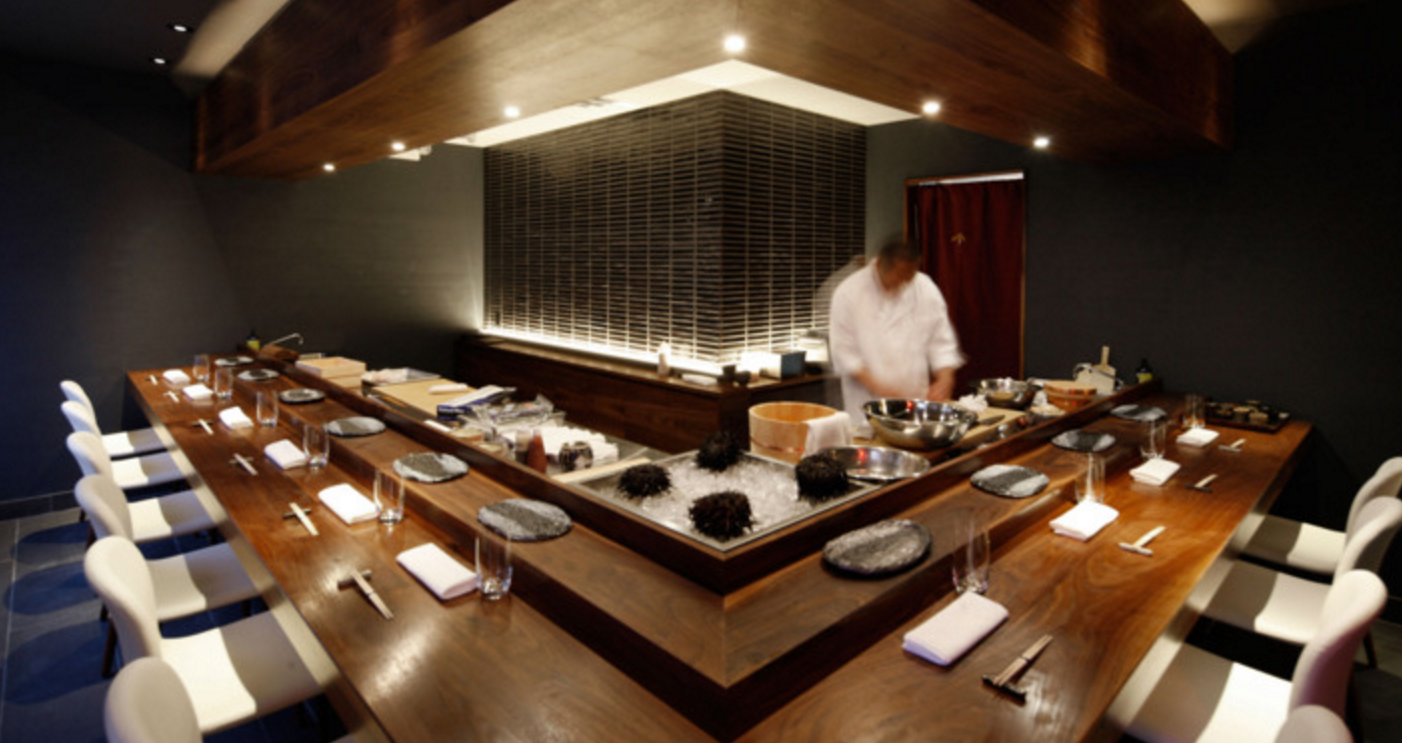 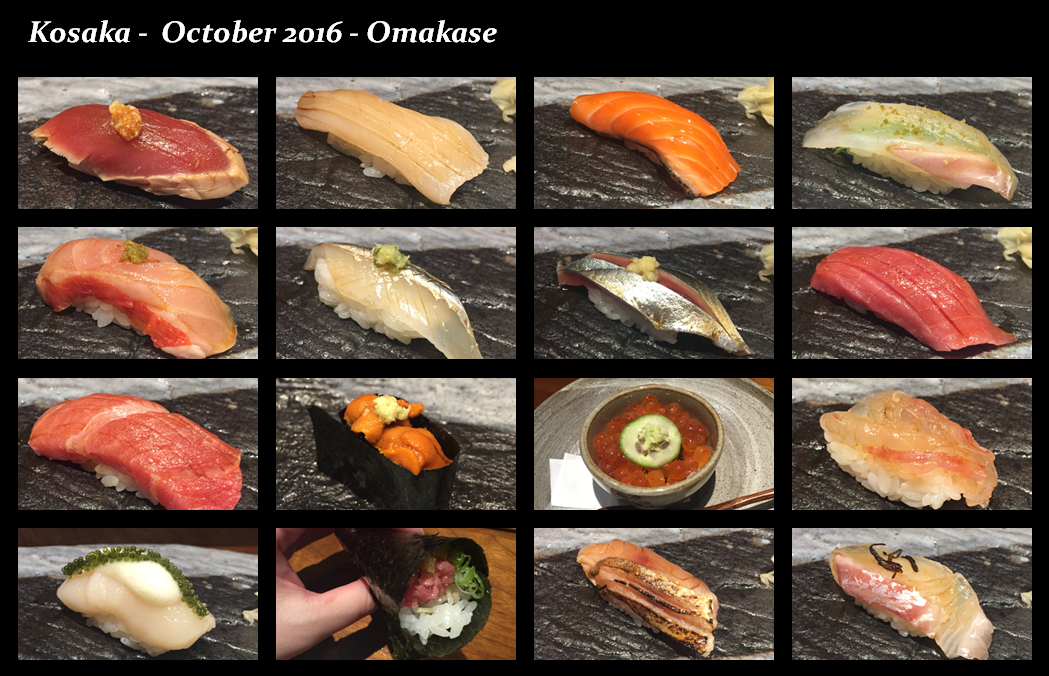 Do you ever wonder how restaurants come up with their pricing?  Clearly, I’m no restaurateur, but I really don’t get it.  Chef Yoshihiko Kousaka left Jewel Bako to open up Kosaka (with the u dropped in his name) sometime in 2015.  When they opened up in October, they started off with an $125 omakase for eighteen pieces, bringing the average cost to $7 per piece.  Today, one year later, they are at $145 for fifteen pieces, bringing the average cost to almost $10 per piece.  That’s quite a price hike, is it not?  And in just ONE year?  To put things in perspective, Chef Kousaka’s alma mater, JEWEL BAKO, who has consistently received one Michelin star every year for over eleven years, is priced at $120 for a 20 piece omakase, yes the average is only $6 per piece.  Not to say I always agree with Michelin, but it does provide some means measurement.  Take a read on my SOTO posting, I did a full analysis of all Michelin rated sushi-yas in NYC.

The world is not all about dollars and cents, so let’s move on…  Kosaka is a lovely little sushi ya, with super friendly staff, and chefs that do speak a little bit of English.  It’s a very inviting environment.  You can kind of tell whether patrons are enjoying their meal and/or time based on how long they are willing to stay POST their omakase.  You might attribute it to patrons still being hungry, but it’s not that, it’s never that.  If patrons were not enjoying their time, they can just as easily continue eating elsewhere.  Given that we stayed for 8 additional pieces post our omakase, I would say, we had a pretty good time!  To be honest, if they had more options, we would have stayed longer, but their variety is a bit limited.  After leaving Kosaka, we walked to SUSHI NAKAZAWA, and ate and drank some more.  We ultimately finished the night with pizza!  Yea, we can eat!

It’s important to know, we did not get seated with Chef Kousaka, but were served all the same pieces that Kousaka serves, and it appears that they were all prepared the same way too.  Our chef, whom we did not catch his name, were also super accommodating.  He was completely unfazed with my request of no cooked foods.  It used to be no UNAGI (eel), no ANAGO (sea eel), then I added SHAKO (mantis shrimp), then I added TAMAGO (egg), and ultimately decided, let’s just go with nothing cooked at all.  I’m SO SMART!  Read on, and you’ll see proof to my brilliance!

Amuse-bouche – To be honest, I don’t really get the concept of amuse bouches for sushi omakases.  I especially don’t get it when they actually point out that you will get one on the menu (Kosaka didn’t do that, but I don’t get it when restaurants do).  I have never seen a successful amuse-bouche at ANY sushi-ya.  Seriously, if you’re going to bother giving me anything at all, make it good.  Otherwise, it kicks off the meal with a bad taste in your customers mouths!  The amuse-bouche tonight was a deep fried smelt, served chilled atop marinated raw onions.  It was gross. 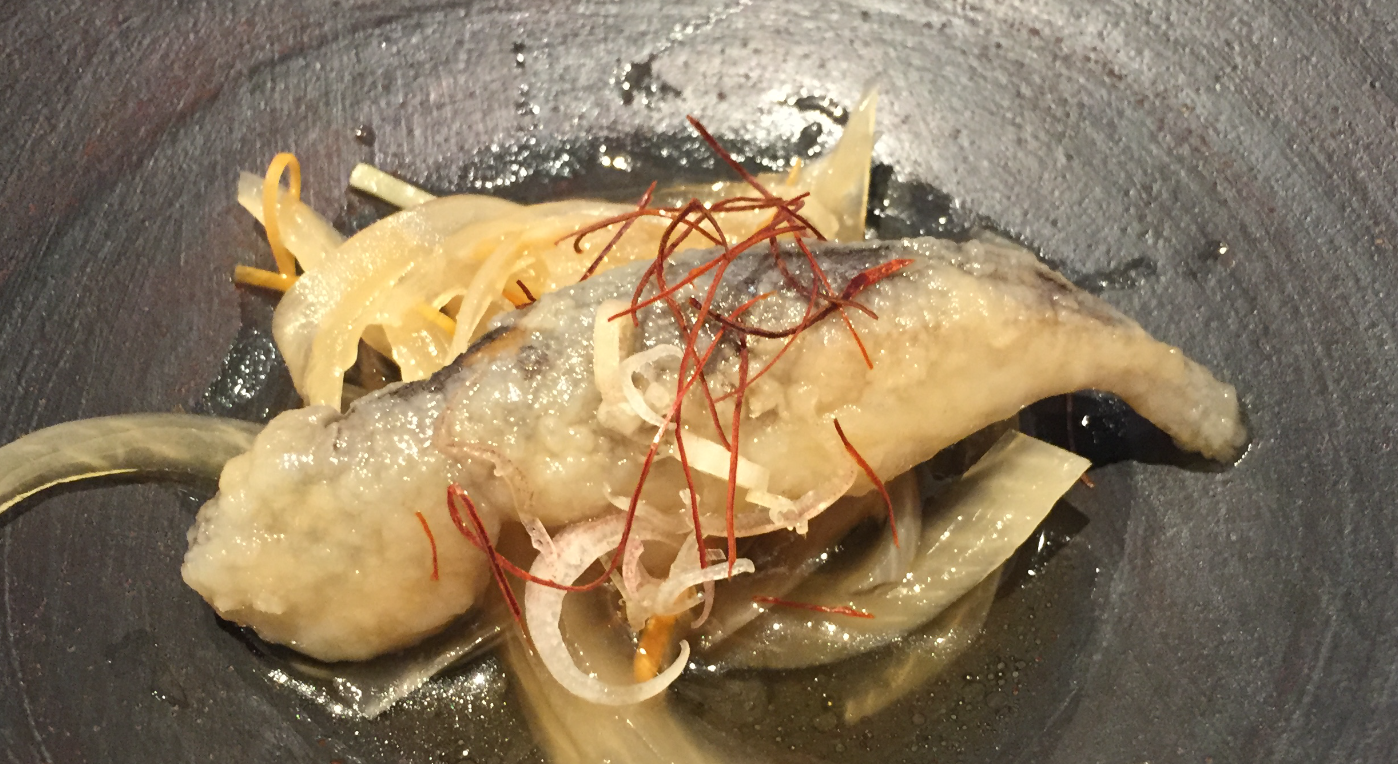 Pros, fantastic environment, super accommodating chef and staff.  Cons, for a fancy sushi ya, very little variety of fish, ok fresh fish, ok preparation, and HIGH costs.  Happy that we went, but will likely not be back for a while…  Overall rather lower rating of 24 out of 35. 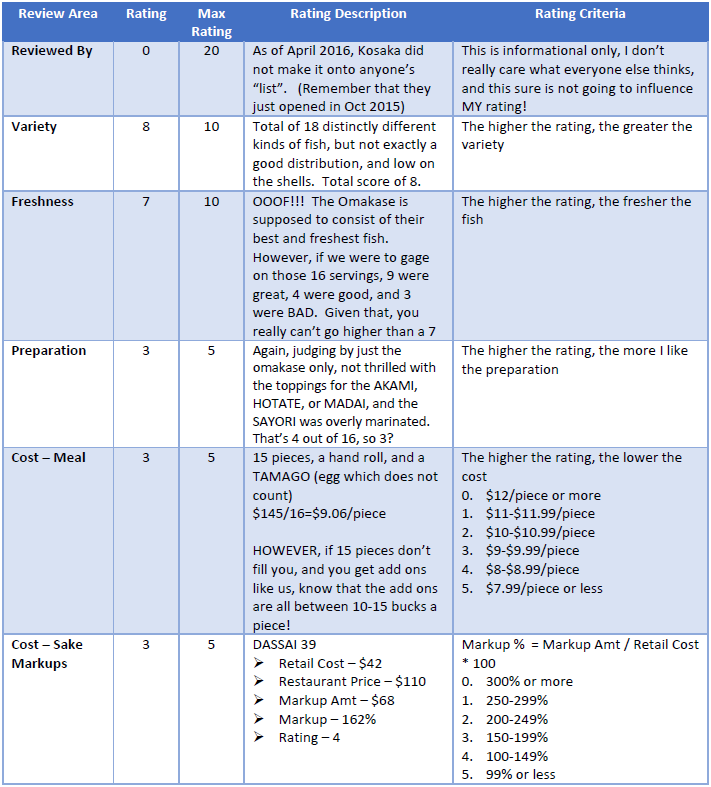