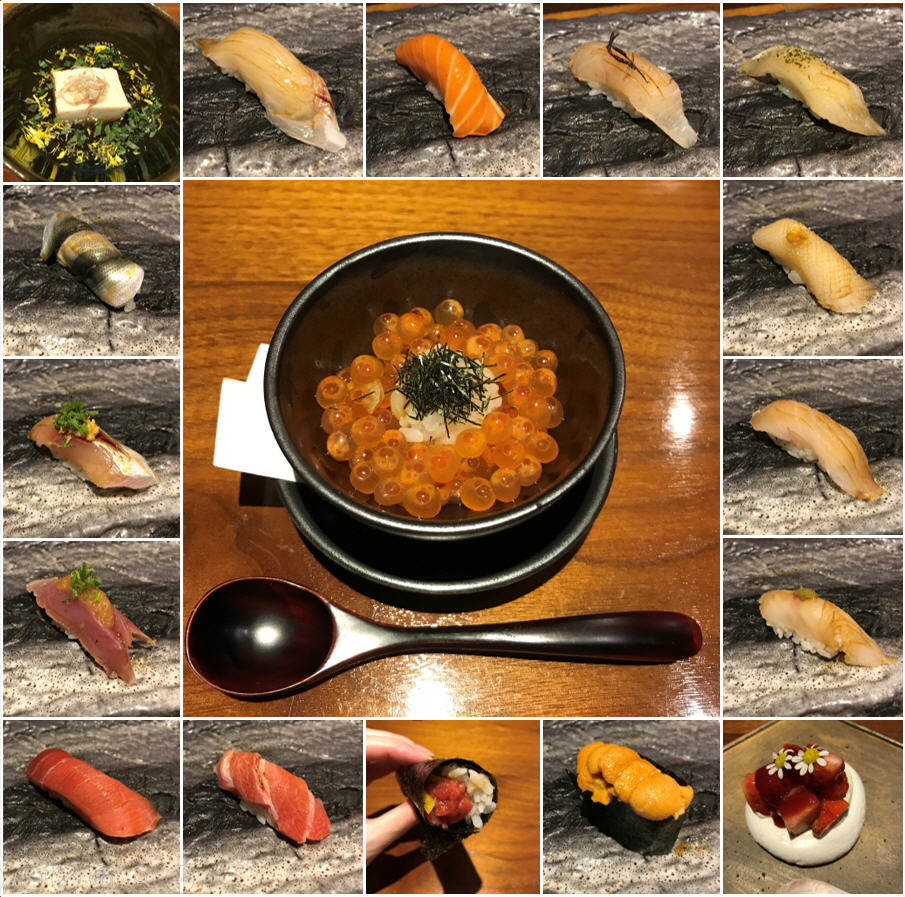 When we first arrived, I thought, why, why, why do we not come here more often?  The place is beautiful, the service is great, the chef is super friendly AND accommodating, so why not?  It’s not until I sit down to review my copious notes, to do the full write up, do I recognize why…

I know I tend to focus on the negatives, but I do want to remind that there were some really spectacular pieces, like the King Salmon (when I so rarely like Salmons), the great quality UNI, and he super respectable BOTAN EBI.  It’ll be a little while till we revisit again but it’s a “long-term” contender…  There are some that I really can’t even bring myself to return to, like SUSHI OF GARI or SUSHI SEKI… 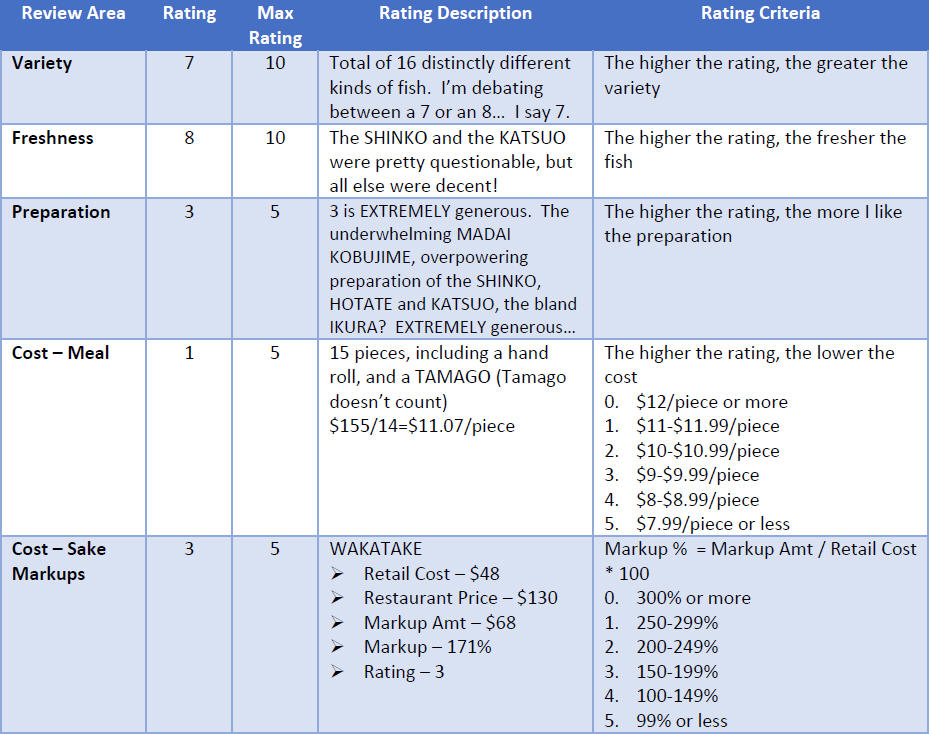