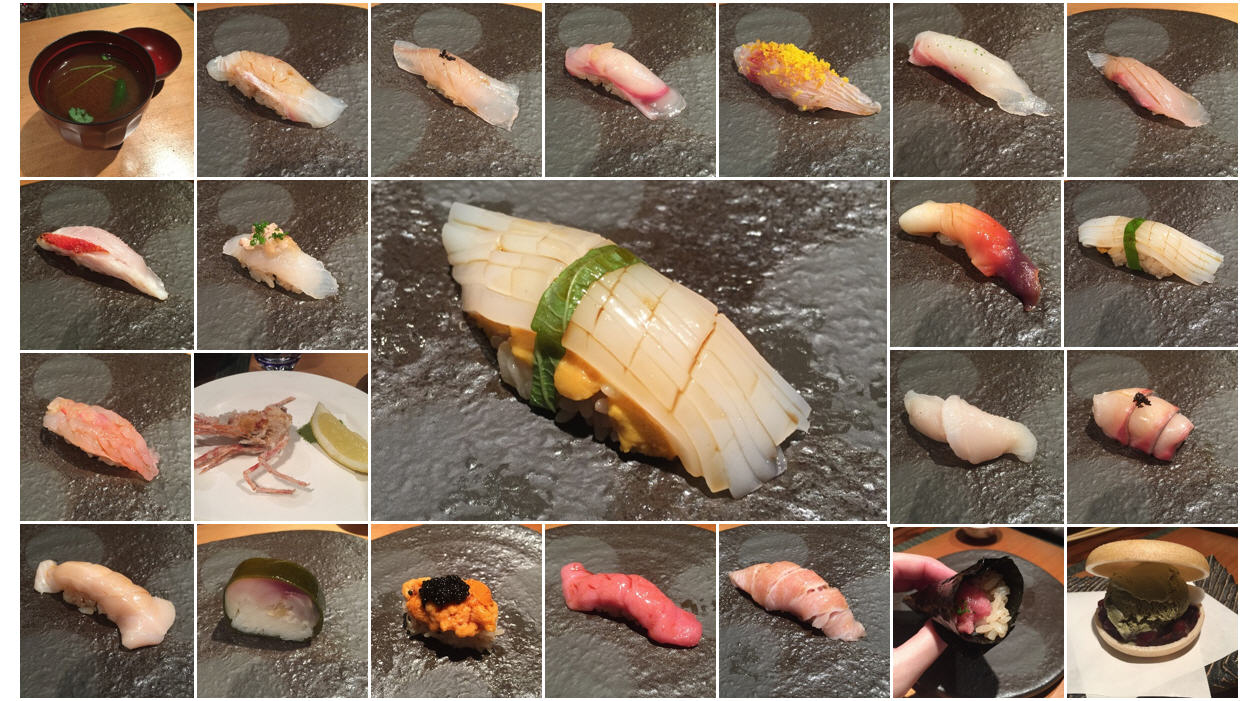 I’m not going to do a big long write up on Kanoyama, as I’ve probably written too many already.  Today’s post will be a straight photo diary!  I just NEEDED to write today to share one tidbit of info about Kano’s pricing.  Their base omakase is $96, but I’ve never tried that omakase.  When you order, they always share that for $120, you will have the UNI and EBI (shrimp, sometimes KURUMA sometimes BOTAN) included in your omakase.  Now what’s omakase without those two goodies?  Today, the options were $96 or $140.  The $140 option is supposed to include the seasonal fishes.  I thought, well that is DUMB.  They can’t magically produce fish that isn’t in season.   What did they do, freeze and store fish from prior seasons, sucking up their storage space, and taking it out to serve months later?  DUMB DUMB DUMB!  Whether the omakase is at $120 or $140, Kanoyama is still well worth the cost.  I just don’t like the “spin”.  If this was any other restaurant.  If we didn’t love Kano so much, if I didn’t still think it was a great deal, I would have spoken up.  Instead, we just accepted it.

Everything was fantastic, and at $140, still an amazing value.  Would have opted out for the HOKKIGAI, White Salmon and SABA though…  Again not because of quality, just preference… 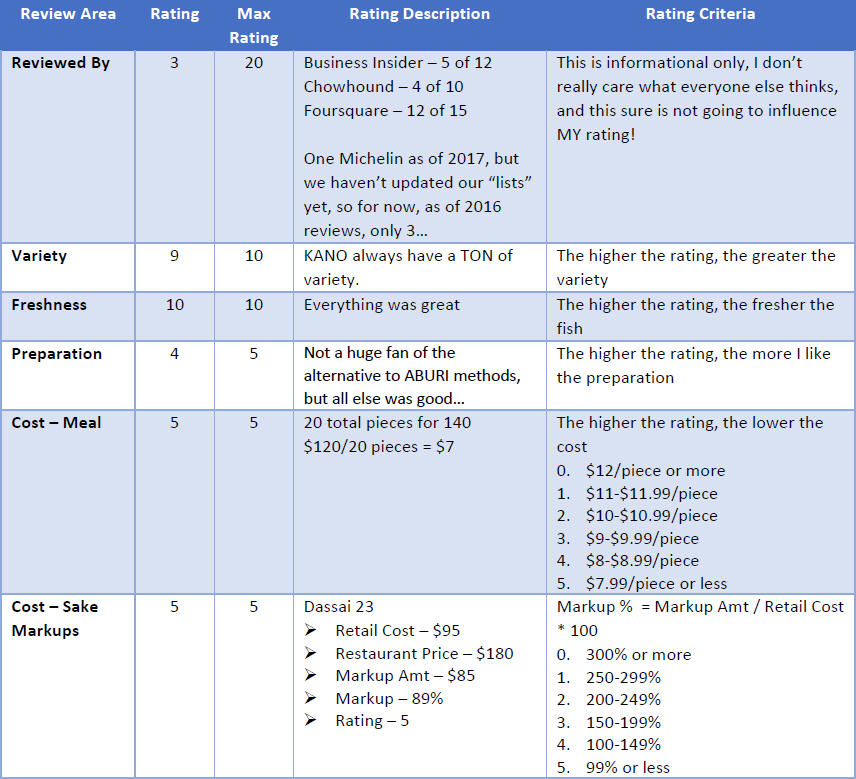