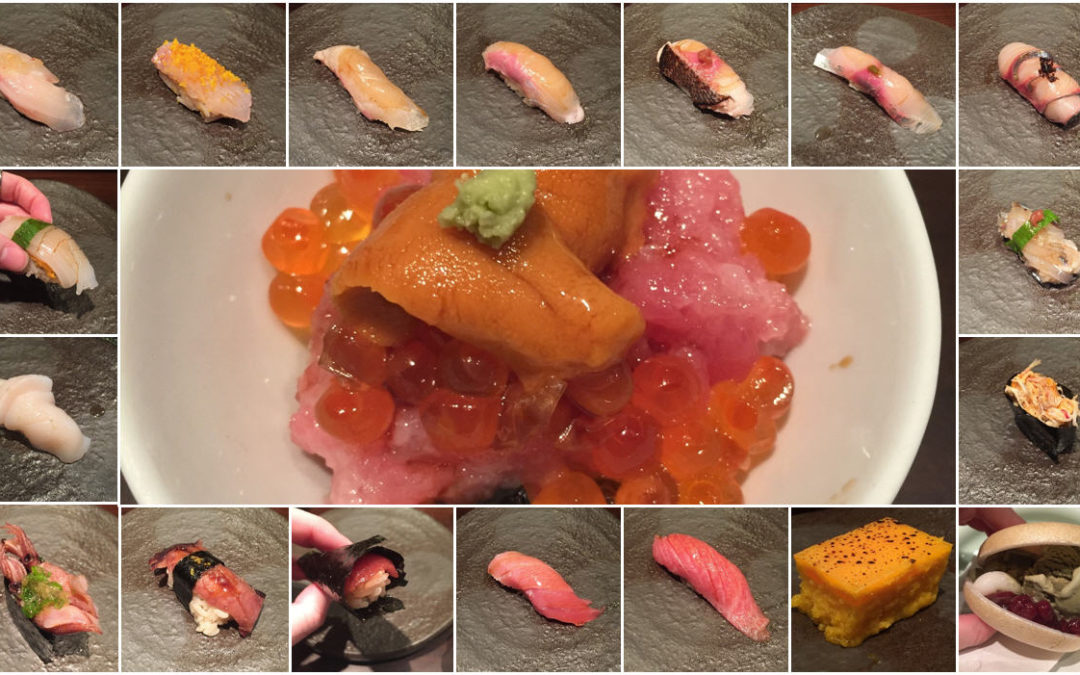 My last post back in Aug 2017 was about the funkiness of Kano’s omakase pricing.  Today, I want to share the changes they’ve implemented at the beginning of this year, and how those changes have changed over time.  The changes are not drastic, they aren’t night and day like CAGEN and JEWEL BAKO, BUT there was enough of a difference to impact their overall score, in a negative way…

Let’s be clear, I still LOVE Nobu-san’s sushi.  He picks great fish, prepares it with care, and serves it with precision.  That said, there are some areas of quality that that have lessened, and some preference items that are no longer…  Perhaps if I haven’t been such a great fan these years, perhaps if I was a brand new customer, I would not have noticed.  But I’m not…  Perhaps I hold Nobu-san to a higher bar.  Perhaps…

Preparation:  This is where I feel a bit let down in my recent visits.  My biggest pet peeve with sushi chefs is drowning the fish in outside ingredients, suppressing the fish’ natural flavors.  Nobu-san has never done this in the past, today, it was done with two of our servings, the MADAI and TAKO.  Could not taste either fish, not one bit.

All that said, the meal was still one of the best omakases in town, and the service was as usual, impeccable. 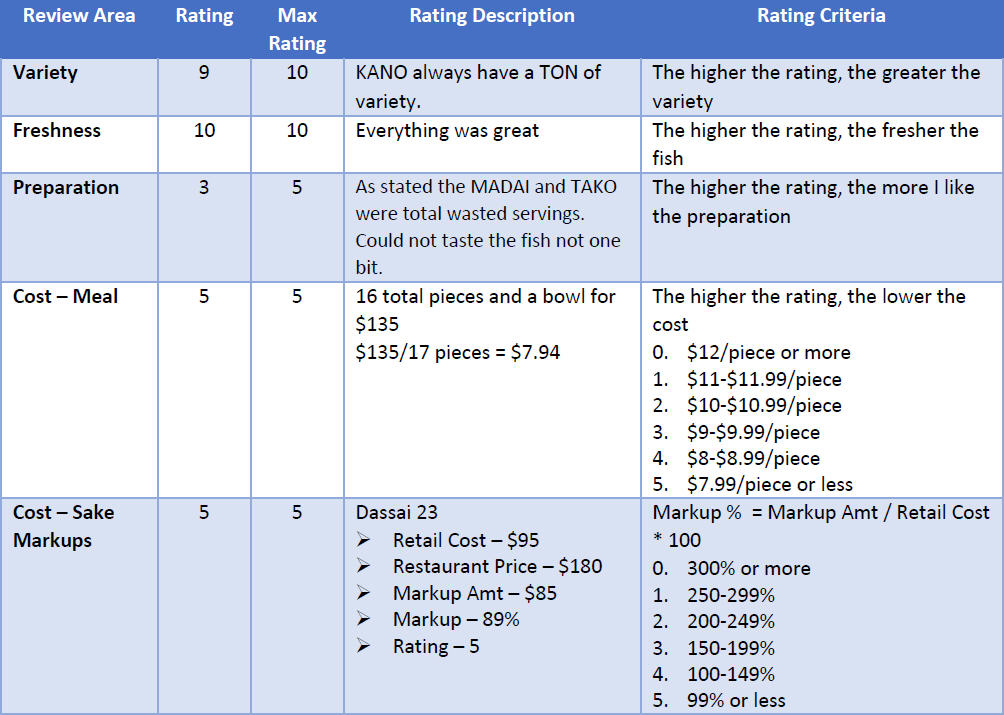