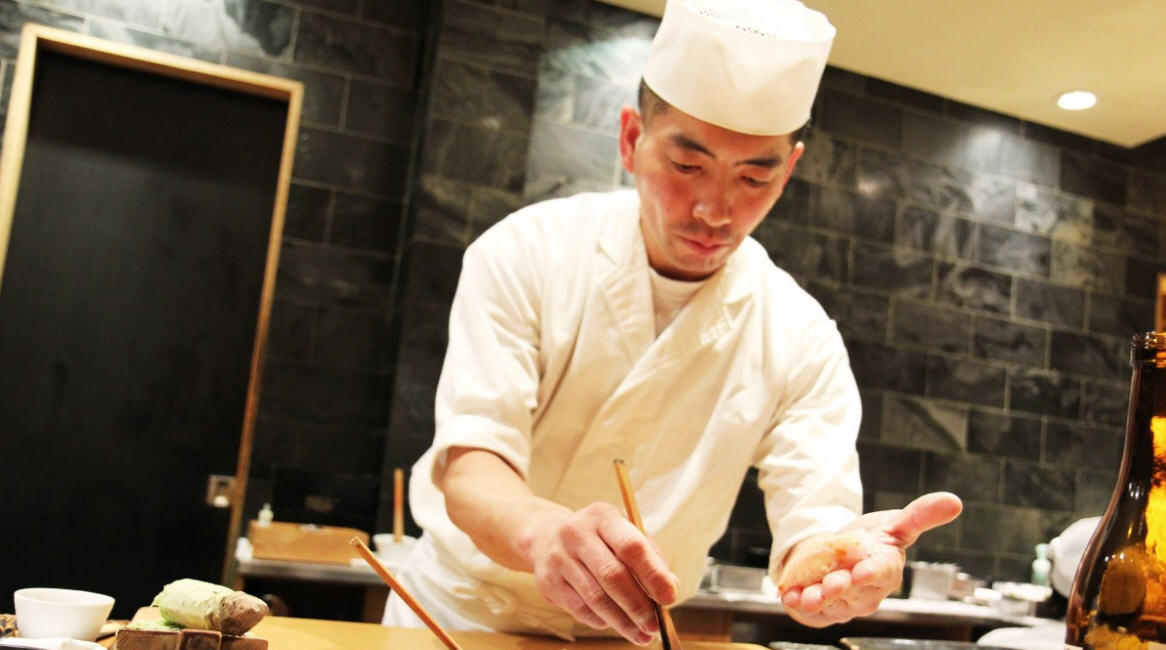 I used to be such a great fan of Jewel Bako, tremendous fan.  But very sad to say, after this latest experience, I will NOT be visiting again.  Not for a very long time, not unless there are some major changes (with the Chef).

A long, long, looong time ago, good chefs got away with murder when it came to their bad behavior.  This was because 10, 15 years back, we only had a handful of quality sushi-yas.  So for great sushi, customers sucked it up and dealt.  These days, there are enough great sushi options out there, that customers no-longer need to put up with it, we can say NO!  It’s really sad though.  Just six months prior, in our August 2016 visit, Chef Shimao Ishikawa was the reigning head chef.  One of the most knowledgeable, personable, kind chefs there are.  Today, it’s Chef Mitsunori Isoda.  Ruler with the iron fist!

Admittedly, I have my quirks when it comes to sushi.  I have an incredibly sensitive nose, so I cannot have wasabi.  I prefer sushi over sashimi, but want very little rice.  Ideal is half size, but if they can provide 2/3, I’m happy enough.  And everything else, I’m pretty open.  Well chef Mitsunori spared no time in setting expectations with me.  He almost immediately shared, “I care if you have allergies, but other than that, I don’t care”.  His English was not great, but that line came out so fluidly.  He clearly has said that line once or twice, or a million times before!

After my few servings, I asked him again, “I want to try as much of your food as possible, but I have a small stomach, so if I can please give me less rice?”  He MIGHT have given me 2 less kernels per serving, meaning no change.  So after a couple more pieces, I went rogue and decided to just leave some rice on my plate.  Boy did he not like that!  He tells me, “If you want sashimi, I make you sashimi, if you want sushi, you eat what I make.  Or you can sit at a table, not at my bar.”  I was shocked, astounded, dumbfounded!  How does one respond to that?  Well, I tucked my tail between my legs, and pretended to eat all of Chef Mitsunori’s rice, while sticking half of it in my napkin.  Yea, I pulled an Elaine from Seinfeld.  Clearly, this was a losing battle, so if that’s the only way we can eat in peace, I’ll deal.

He also did not like the fact that I was taking time to take photos before consuming.  He scolds me with “Eat now!”  He later tells me “I’m not mean, but my sushi is meant to be eaten right away.”  Come on!  That 10 seconds spoiled the sushi?  Really?  It became very clear, if I took anything more than 5 seconds taking that photo, my next serving will definitively have a wasabi.  It was Chef Mitsunori’s way of punishing me.

I WISH I had something negative to say about the food, but I don’t.  The fish is very good, but it was a really miserable experience.  Who wants to pay hundreds of dollars to be scolded, and intimated into eating way more than they’d prefer?  Chef Mitsunori’s may make good sushi, but tons of others do as well, and for me, it’s not worth the rules, the scolding, the punishments.  I went online and tried to find where Chef Shimao Ishikawa landed, perhaps go pay him a visit.  But no luck… 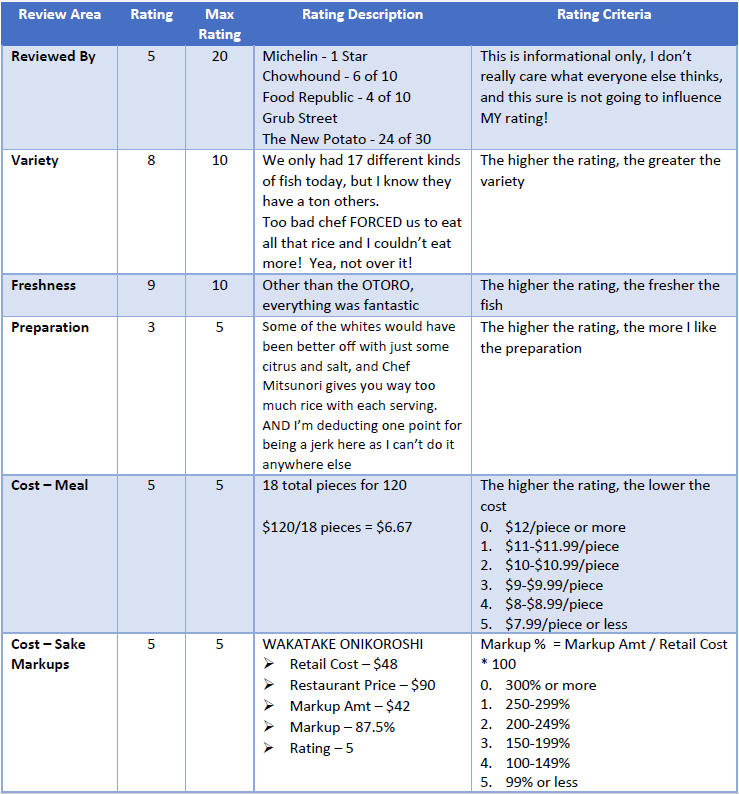