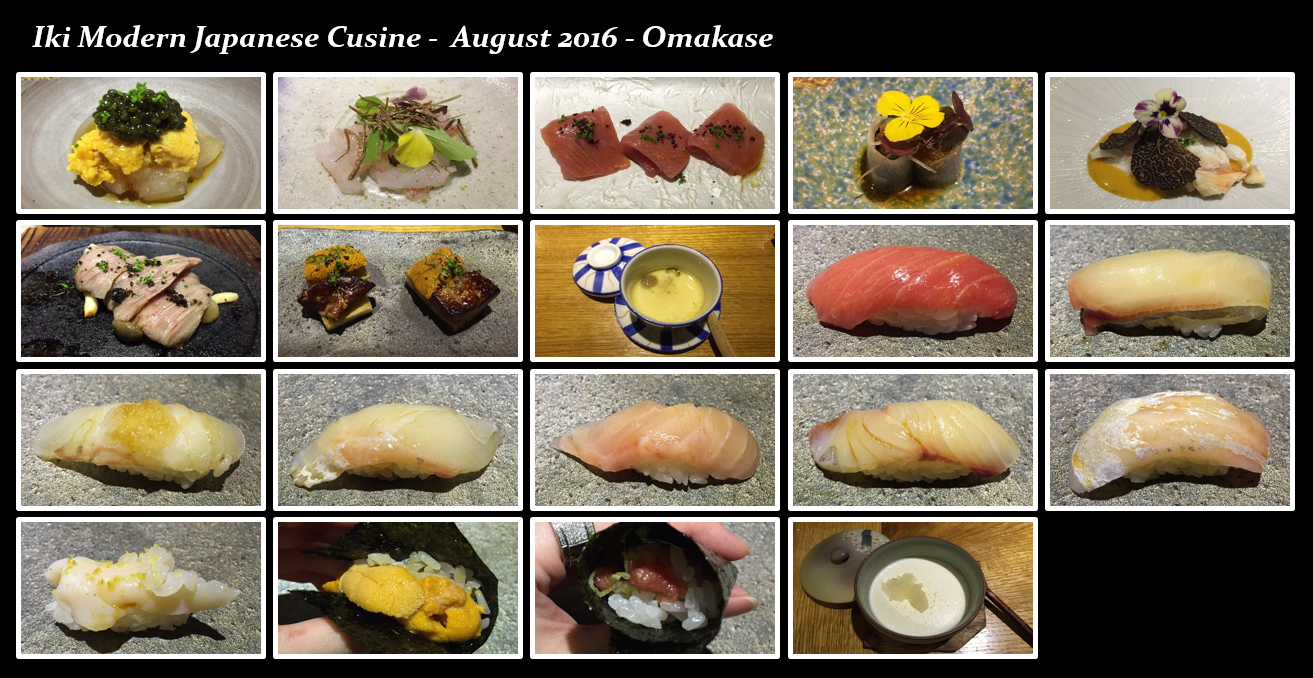 Before we start, I have to just come right out and say it, the food was great, the cost was exceptionally affordable, but the experience was just terrible.  That said, let’s talk about our visit.

If you’ve been reading my posts, you should know that my man and I are primarily downtown people.  Boyfriend considers and actually refers to midtown as Canada, and uptown as the North Pole, or was it Antarctica?  You get the point.  Our journey, the tour of NYC Best of the Best Omakases & Sushi-yas have taken him to Canada and the North Pole numerous times already, I don’t want to push my luck with the outer boroughs.  Thankfully, my close girlfriend, Kitty Kat (she has a real name, but she allows me to call her this, so I do) is willing to travel with me!

Kitty Kat is moving out of Hell’s Kitchen in New York City and into Great Neck, Long Island.  While she’s renovating, she’s taking a temporary stay with her mother in Flushing.  Since I have to visit my parents in Queens anyway, I figured 4 birds with one stone!  Travel to Queens, visit my parents, hang with Kitty Kat, and check off the Flushing sushi-ya!  I’m ALL about efficiency!  No joke, I’m borderline OCD with the whole efficiency concept.  I plan EVERYTHING in my life, even the simplest of things, like getting a refill on my water, and a pee break.  No way am I getting off my behind unless I can accomplish multiple tasks.  Yes, I’m a little cuckoo!

Getting back to Kitty Kat, she just returned from a long trip to India, with excursions to Thailand, Singapore and Maldives.  My little world traveler!  Lucky for me, her being in India for so long left her severely sushi deprived, thus willing to try just about anything.  She had to be at her new home for deliveries and internet set up, so I went to pick her up, and check out her new digs.  Cute place!  As we are about to head out, she realized she went over in her flip flops, and had no other shoes she could wear for dinner!  We both decided, it’s only Flushing, it’s FINE.  You will soon see how we could have arrived in our jammies and would still not have stood out.  Off we went to IKI…

By the way, my dear sweet Kitty Kat is single!  Sorry, I don’t like doing photos of people, a little invasive, but I love BITMOJIs.  So here’s Kitty Kat!

If you’re planning a visit, the first thing you should know is IKI is not actually inside the Hyatt.  They advertised to be located at the Hyatt, but to get there, you have to first exit the Hyatt, and then walk down a half flight of external stairs before arriving at the restaurant.  This was highly annoying only because it was pouring rain outside.

So this next paragraph is a revision.  My first draft consisted of 5 LONG paragraphs, detailing every single annoyance from the moment I entered, to other clientele, up to the 2nd encounter with the wait staff.  After those 5 long paragraphs, I covered only 25% of our time/meal.  I realized it’s pretty much the same repetitive things that irritates the crap out of me.  To spare you the grueling details, let’s just summarize:

Thanks for reading through that.  Though the overall experience was not great, the food and the value is pretty insane, in a good way.

I started this post saying that the food was great, the cost was exceptionally affordable, but the experience was just terrible.  Now that I wrote the whole post, I might have been a little harsh.  It wasn’t terrible.  The space is beautiful, the food is really good, and they tried.  Their staff just need a whole LOT of finessing.  And as much as I complained about it, their lack of traditional Japanese etiquette did at one point, work in my favor.  I mean, where else would I dare give the chef instructions on how to make my KINMEDAI?  Long story short, the positives definitely outweigh the negatives, which I have faith will improve over time.  I will definitely be back.  IKI gets a very impressive 31 out of 35 overall score. 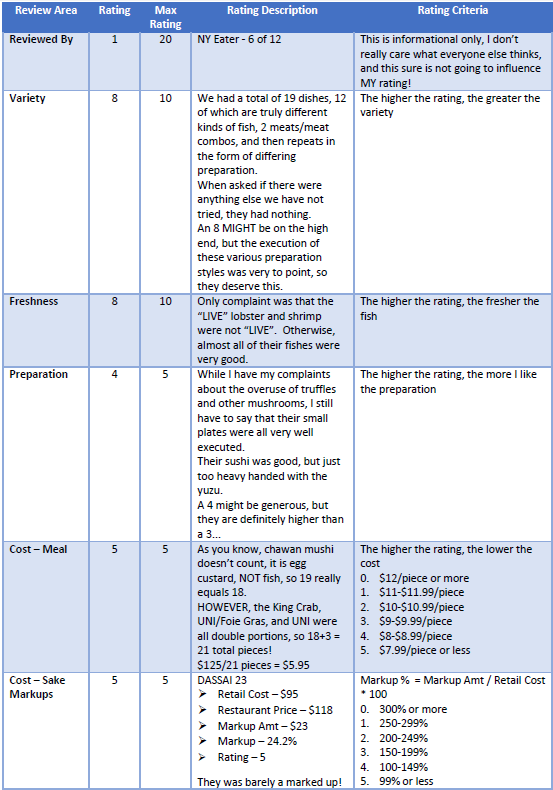