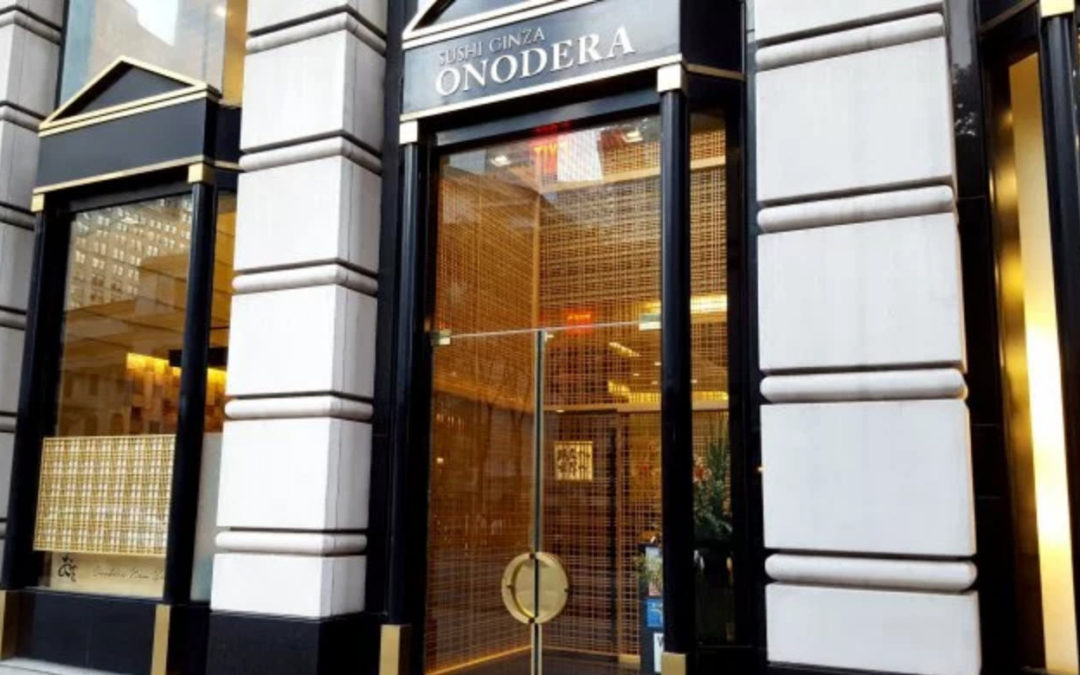 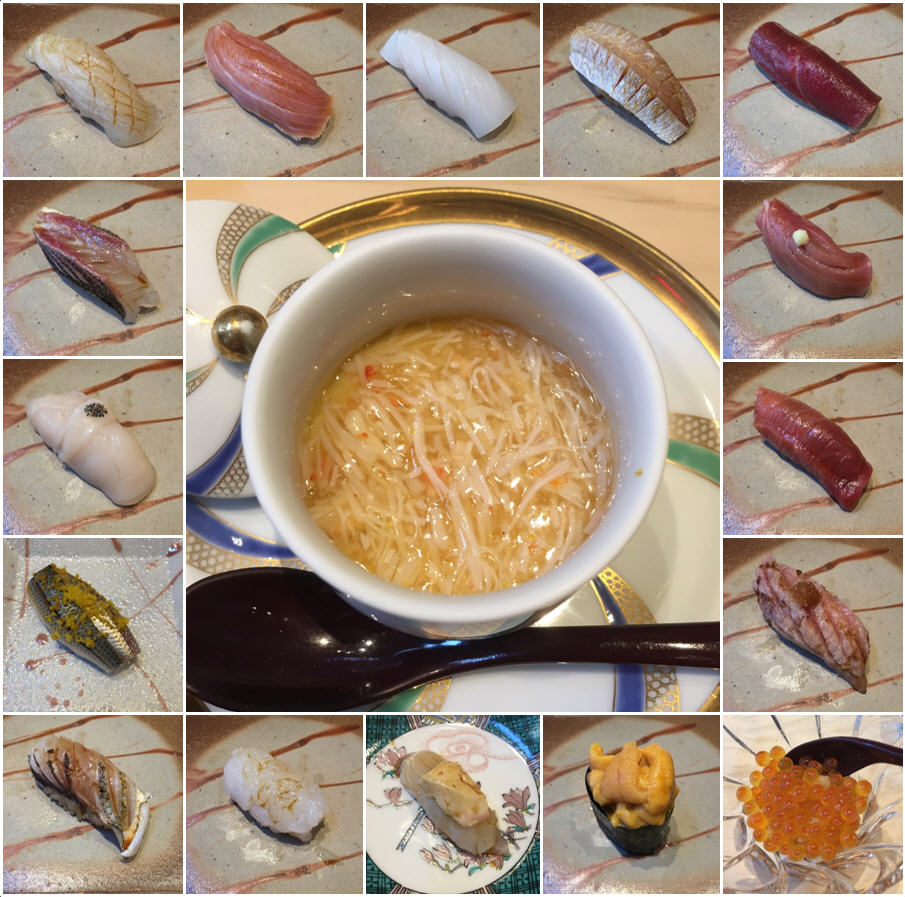 I have been debating whether or not to write another Ginza Onodera post.  My feelings for Onodera HAVE changed, but it’s only gone down by one point in their overall score.  So is it really worth a post?  Plus, it seems the moment you publish a new post, no one reads the older posts, and I was quite pleased with my original post…

Well, I have two small-ish somethings that I feel warrants light, so here it goes…

Let’s start with the good first.  Onodera is truly a lovely experience.  We go so rarely, yet they remember us.  Down to our likes and dislikes.  How is that possible?  Did they take notes after?  Or do we stand out that much?  Truly, I remember everything about my meals.  Boyfriend will ask me, where did we have that…  or who served that fish in that specific way…  or where did we hear that story about…  And I remember it all.  It could be a month ago, a year ago, two years ago, three…  I remember it all.  But I am one person, sushi-ing three times a week.  I am not an institution with five seatings a day, multiple patrons per seating.  How do they do it?  Incredible.  Today, Saito-san was as lovely as ever, humorous, witty, chatty, sharing all his sushi-wisdom, discussing whatever you want, allowing you to lead the conversation and questions.   From an atmosphere/experience perspective, impeccable, immaculate!

Here’s the bad.  I’ve been seeing a trend lately, where our sushi-yas are stocking less and less variety.  In the past, they’ll stock a few cuts of one/two shell clams, a few types of shrimps, octopi, and squids.  Now, it’s just a bunch of whites, reds, oranges, one or two silvers, AN UNI and A ROE, and that’s it.  I figured Onodera, being the premium sushi-ya that they are, would be exempt from this wretched trend.  But nope, they fall victim just like the rest.  It’s sad.  Today, our 15 piece lunch omakase consisted of 1 CHAWAN MUSHI, 2 whites, 5 tunas, 2 silvers, 1 squid, 1scallop, 1shrimp, 1 UNI, and 1 ROE.  This is all fine for the 15 serving omakase.  But after our omakase, when we tried to order additions, tried to order more exotic fishes, other one/two shell clams, shrimps, octopi, or UNI.  Saito-san had tons of the other run-of-the mill stuff, but nothing exotic.  This was very disappointing.

That said, the omakase offering was still a very solid omakase.

Another $650 lunch (for two), and worth every penny.  Stock more exotic fish next time chef! 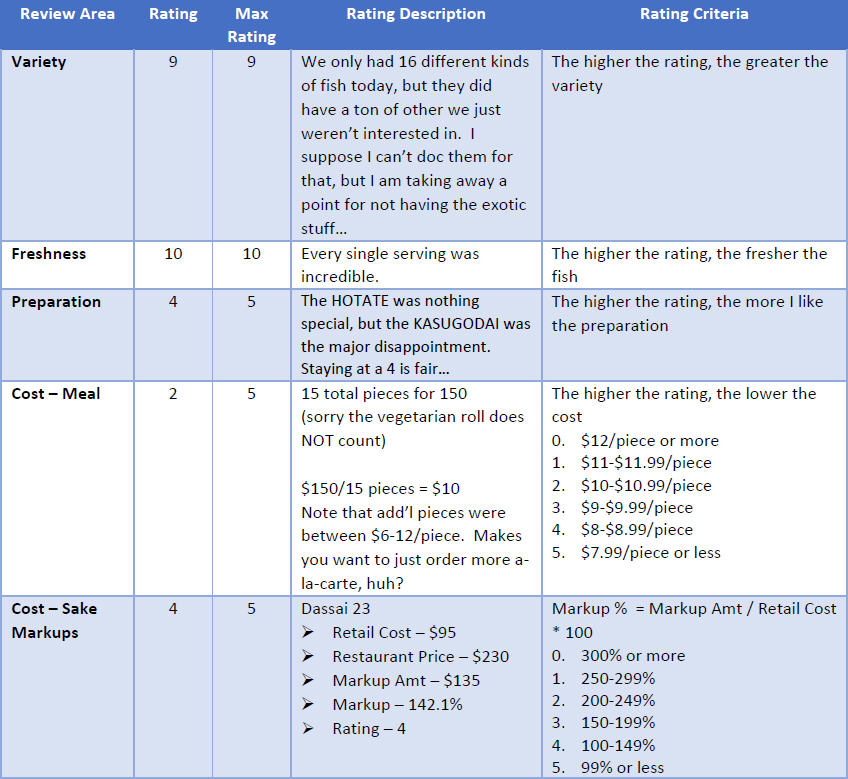