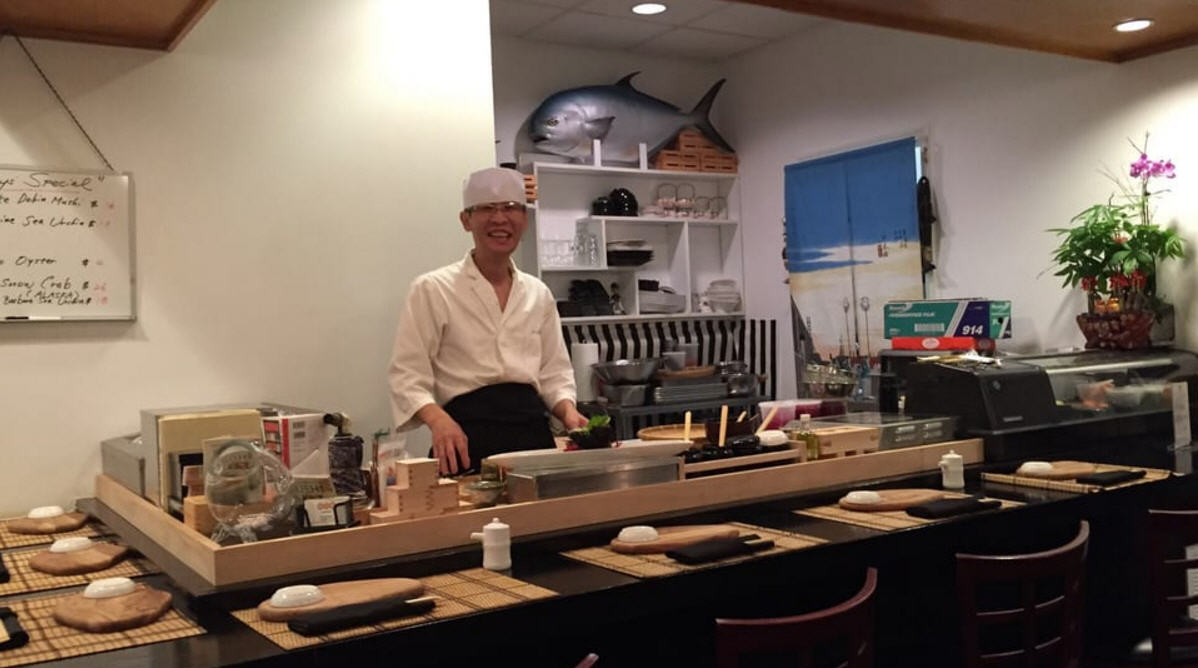 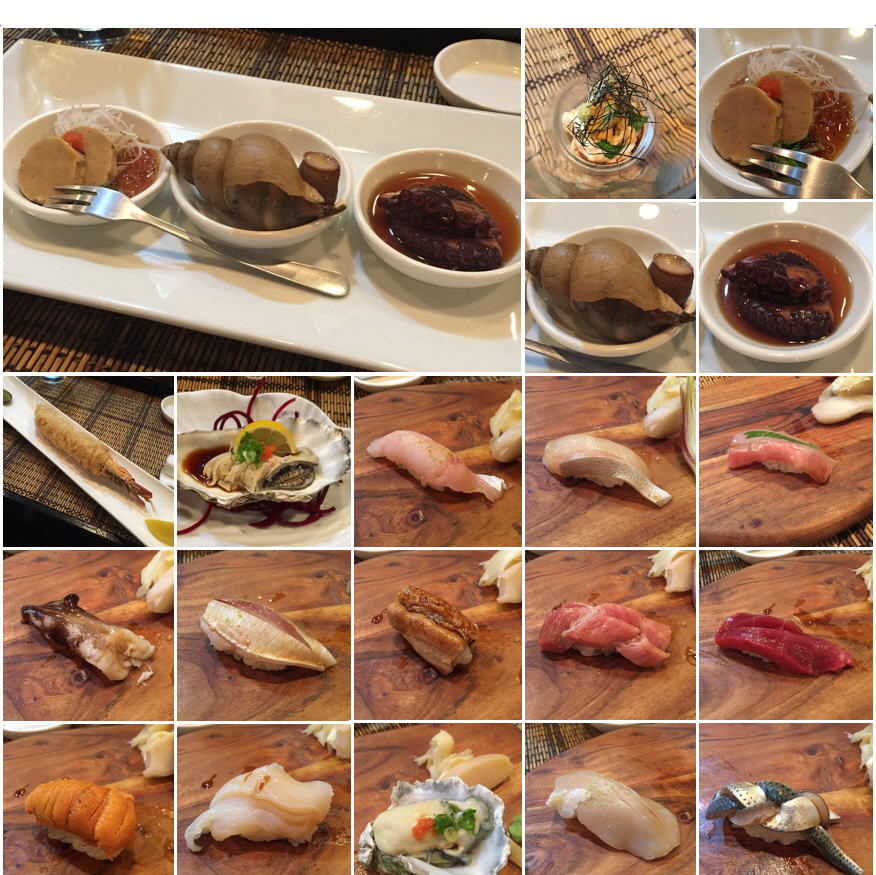 I’m not trying to wage war against the residents of Queens, but I’m going to say something they’re not going to like.  Don’t get all offended, it is just fact.  Fact is, there is a shortage of GOOD sushi yas in Queens.  That’s fact.  In my books, until today, there was a total of two.  Yes, TWO.  IKI CUISINE and SUSHI DAIZEN.  Today, I’m adding a third, Ginpachi.  A non-fancy, no frills, neighborhood sushi ya that has decent variety, and good serving skills.  I go to Queens regularly so I PATROL food blogs on what else is there.  Trust me, there’s nothing.

Satoshi-san comes from BLUE RIBBON SUSHI in NYC.  He left Blue Ribbon to open his own place in Bayside.  While I’m not a HUGE fan of Blue Ribbon Sushi, and definitely not for their omakase, they do always have fresh fish, and good variety.  Sourcing/supply is 9/10 of the game!

Admittedly I am a sushi snob and a half.  But I’m also very appreciative of my surroundings.  I always understand where I am, and I appreciate it for what it is.  I have sushi everywhere I go.  Everywhere.  Do I expect there to be good sushi in Disney World?  Atlanta?  Nashville?  Pennsylvania?  No.  But if that’s where I’m at, I reset my expectations, and I know what quality and variety of fish I will be receiving.  It’s not me being presumptuous, me acting like I know more than I do, it’s a simple matter of supply and demand.  Does your clientele demand that quality or variety?  If not, why would you as a restaurant establishment, bother stocking the supply?  You’re better off just fancifying your rolls.  Yes, I recognize fancify is not a word, but my blog, my rules.  You throw a million things into a roll, make it real pretty, slap some ridiculous name, and that’s what your customers come in for.  Dude – I love a good roll, so I too, will visit, and I too, will order them.  BUT that’s a dime a dozen, and NOT what makes a good sushi ya.  What makes a good sushi ya (according to yours truly), are the rating categories you find on my blog, variety, freshness, and preparation.  And if the costs are somewhat affordable, all the better!

After an incredibly long day with my dear friend Kitty Kat (who I visited IKI CUISINE with), we arrived at GINPACHI for our 8:45PM omakase seating that we booked roughly two weeks in advance for.  There was a large party of 7 that consumed almost all of the sushi counter.  They were the loud rambunctious kind.  This too, is fact.  Just like at IKI CUISINE, if you’re going to visit a Flushing or Bayside sushi-ya, you should expect this clientele.  Of course there are exceptions.  Case in point, Kitty Kat and I!  🙂

They don’t publicize the omakase options, but apparently, there ARE options:

SOME folks tend to rate how great a restaurant is based on the restaurant’s reds (Tunas) and oranges (salmons/chars/trouts).  If you were rating GINPACHI based on their Tunas, GINPACHI would rate fairly high.  I’m not one of those folks.  However, in my opinion is that GINPACHI is a still GREAT neighborhood restaurant, decent enough variety, fun and entertaining chef, and VERY affordable prices. 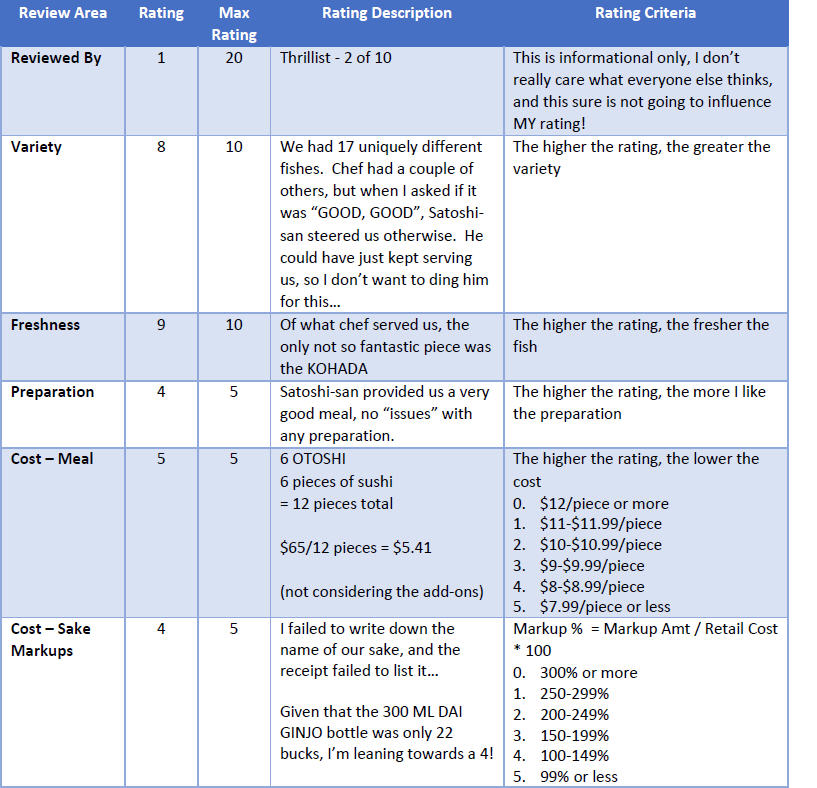