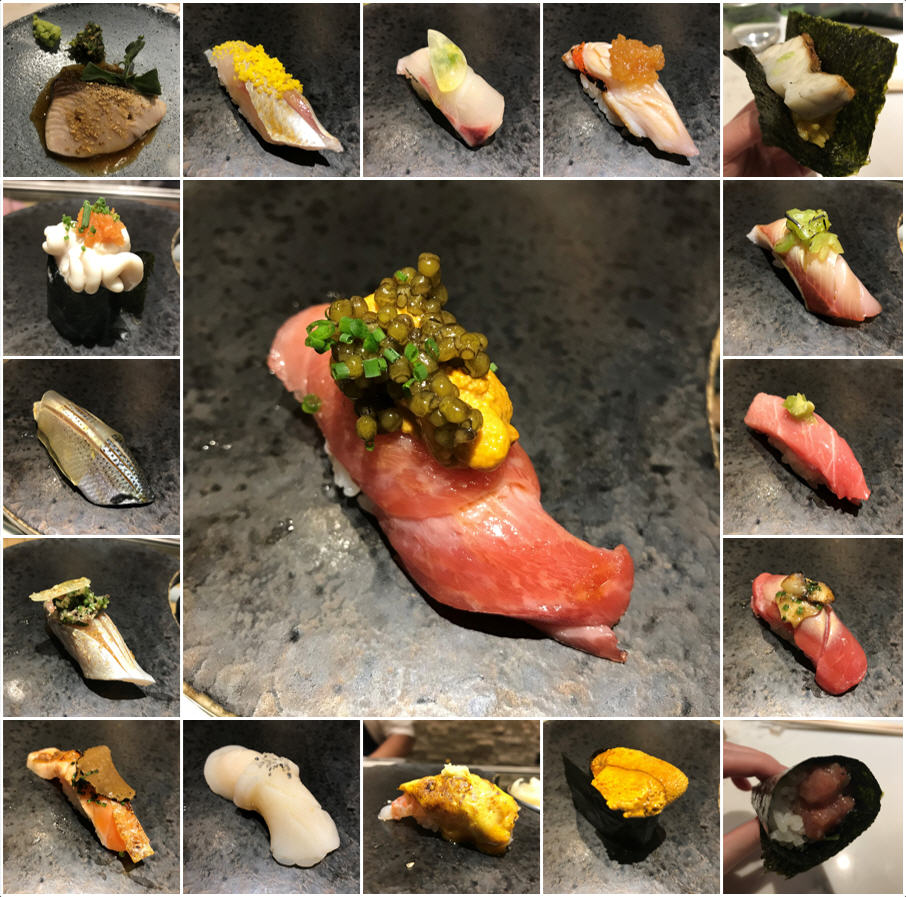 Preface:  In the past, despite rating each individual serving, the final ratings within the Categories of Freshness and Preparation were both still highly subjective.  I didn’t lock down specific ranges for the category’s rating.  I’ve come to realize that allowing myself such liberties resulted in higher than anticipated variability.  As of this post, I’ve adjusted the rating system to be more specific and consistent.  Not to say I won’t allow myself to do slight bump-ups or downs, but at least you’ll know when I do.

So…  Gajin…  Astoria…  Really freaking far from home!  I had to do some major arm twisting to get boyfriend to agree to making this pilgrimage.  Luckily, he’s always wanted to visit Brooklyn Kura down in Industry City, Brooklyn.  I suppose as we cross the river… two birds…  Brooklyn Kura was cool, but to be honest, the cost of sake there is just too high.  You can get quality dai-ginjo from big named Japanese distilleries cheaper than Brooklyn Kura’s ginjo…  The snacks also need serious work.  So, Cool? Sure!  But not my thing.  BTW we’ve recently visited Izakaya Juraku down in Lower East Side.  They carry a sh*t ton of beer, and a whole lot of sake too (including a couple Brooklyn Kura sake), and their snacks are on-point!  We only had a few things, but everything was uber flavorful!

So coming back full circle, back to the distance…  See?  There WAS A POINT to the distance conversation.  It wasn’t just me complaining!  For those native to Queens, for those that are adventurous and open to more progressive styles of sushi (non-Edomae), Gajin might be worth a try.  For Brooklynites, if you’ve got a vehicle, and want to drive, probably worth a try as well.  For Brooklynites without a vehicle, you probably have enough options in Park Slope and Williamsburg to attempt the public transport route.  For Manhattanites, there are simply too many solidly good options in the city to make this a worthwhile trip.  Sorry Chef Mark!

Truthfully, I write this post with a heavy heart.  I WANT to like Gajin.  Chef Mark is incredibly friendly, engaging, and super encouraging of group chatter, his sushi-bar-patrons getting to know each other.  It’s like traditional Izakaya (pub) style, but with traditional-ish sushi-ya food.  Best-of-both-worlds vibe.  We had such a wonderful time.  But my notes don’t lie.  I taste each serving, and write detailed notes with ratings for each.  I actually wonder if I was more generous with ratings than I should have been giving our high-spirits.

Unfortunately, the servings just aren’t where they need to be.  With the mess of “budget” sushi-yas popping up in NYC, I’m very familiar and even a proponent of combining flavors in your sushi.  Budget sushi-yas typically only stock 10-12 different varietals.  The only way they can make variations is by combining them.  Throwing the likes of caviar, ikura, uni, chu/otoro atop any fish, or variations of wagyu with toppers.  I’m cool with ALL of that.  Or the more inventive, and higher quality combos that Chef Dom Pham does at ISHIKAWA?  YES!  But you have to know how to combine the flavors, what works, what doesn’t work.  I’m very sorry to say, out of the 17 servings more than half did not “work”.

There were three options for omakase at the sushi bar:

We were informed that the difference is not only in the number of servings, but the types of fish served.

We can EAT, so of course, we chose the Premier.  Our Premier omakase includes a cooked appetizer (cooked SHIMA AJI), which if you’ve been reading my posts, if you plan on serving me anything fully cooked, you better make sure it’s darn good.  It wasn’t.  I ended up having the garnishes of the serving, but not the fish itself.  That was followed by a series of puzzling combinations, where dressings either added no value, or downright fought the fish itself.  That was highly irritating.  The fish itself in every serving was perfectly fine, and every Edomae style serving, also fine.  Improper toppings equal wasting good fish, and there were too many iterations of exactly that.  The last thing I’ll comment to, is variety.  Out of my 17 servings, there were three SHIMA-AJIs, and two CHU-TOROs, meaning only 14 distinctly different fishes.   As usual, we tried to order additions, but there was nothing else.  More disappointment… 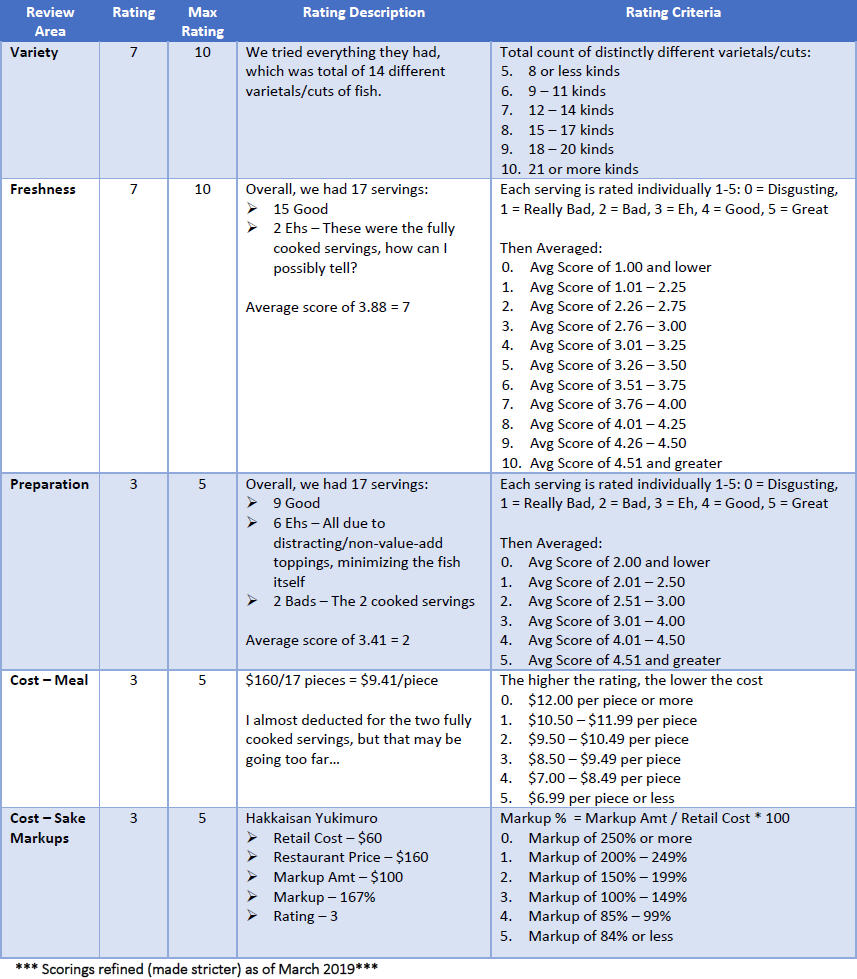