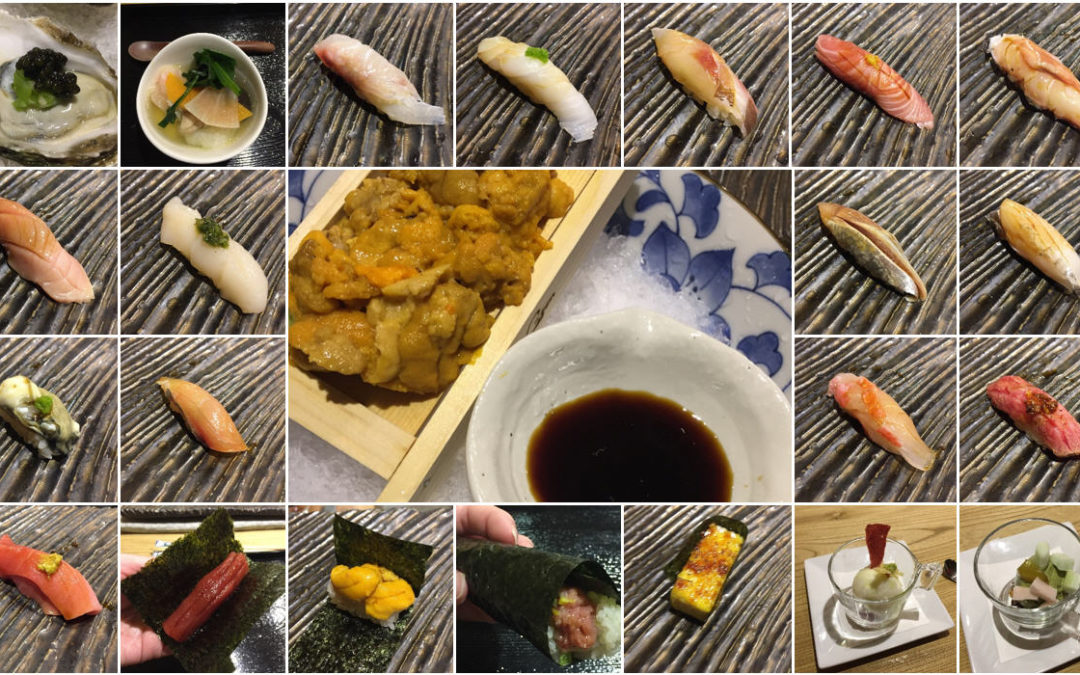 As a restaurant patron, what do you find as most important?  For me, it’s consistency.

Tonight is our third visit to Cagen:

Before we get into the meal tonight, funny-story time:
Take a look at this photo: 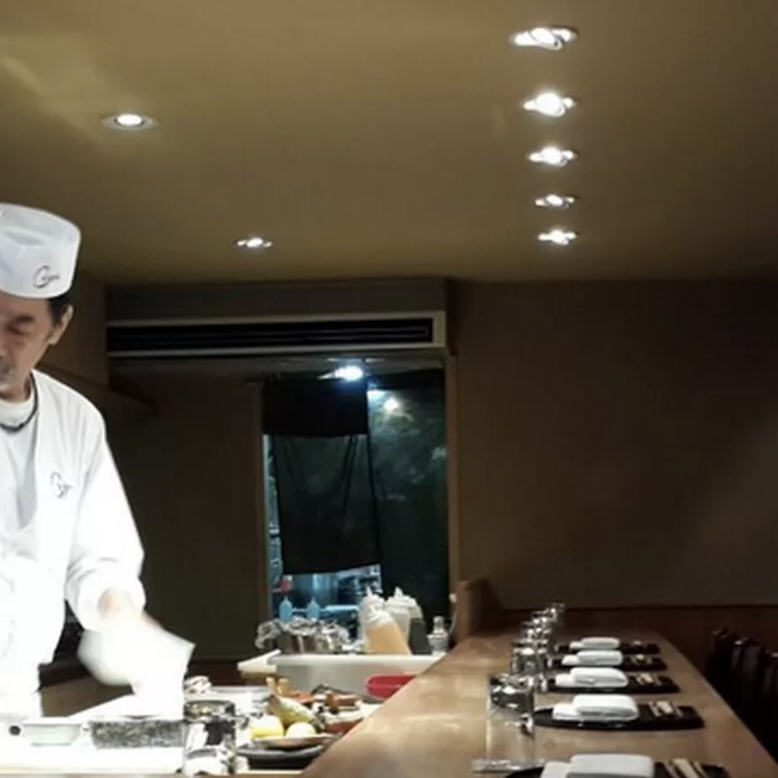 Does anything look amiss to you?  We were the first to be seated (we always are, as we tend to show up 15 minutes early every time), and we immediately noticed something was different.
Now take a look at this second photo (from yelp).  This was the “before” photo.

Took the sake/wine list before we realized… the Sake case was gone!  Turns out, some drunkards (not us) knocked it down one day.  Waitress said that they weren’t going to replace it, too high risk.  Sake case no mas!  I don’t know why I find this story funny, but I do…

Overall Thoughts:
Complete disappointment!  I really don’t like the roller coaster quality of the meal at Cagen.  We’ll give it some time before we return… 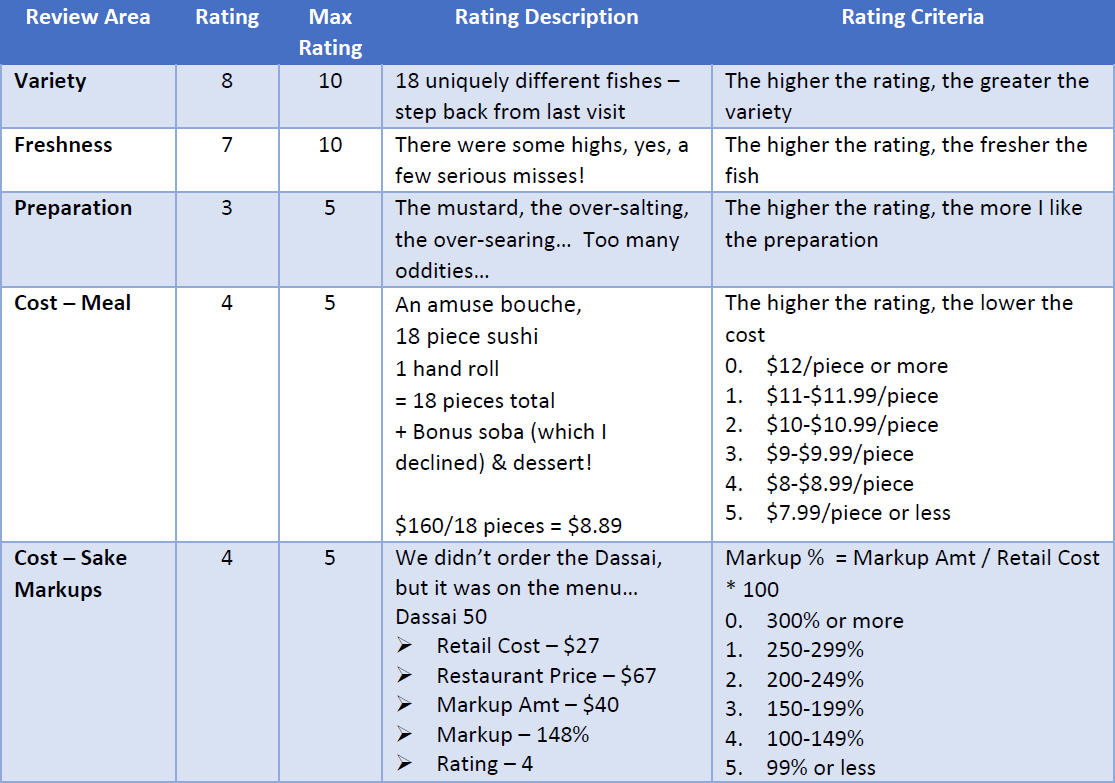