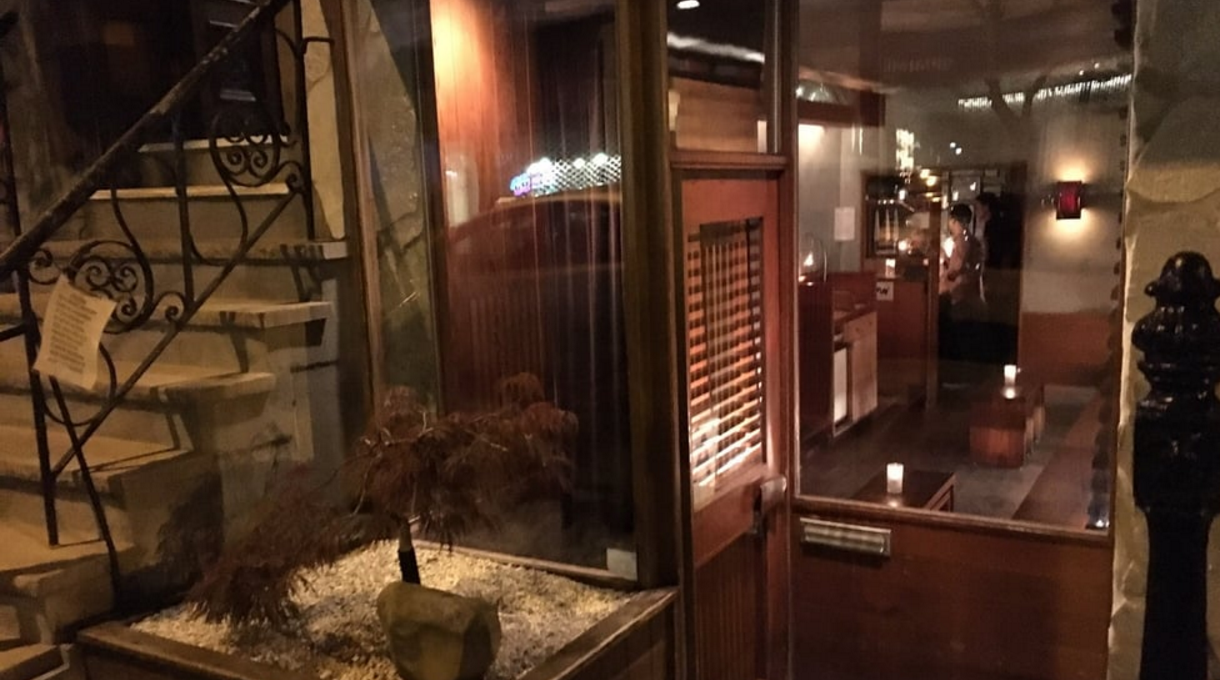 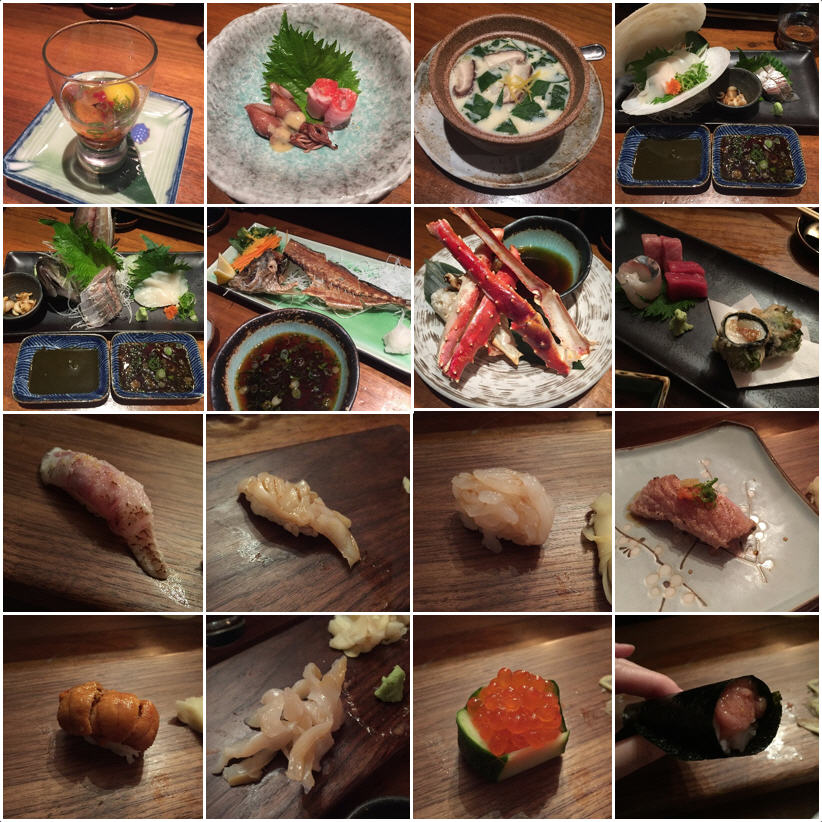 It’s been almost 3 months since our beloved Chef Takahashi’s departure from BLUE RIBBON IZAKAYA in Lower East Side.  He left to join BLUE RIBBON SUSHI on Sullivan.  If you’ve ready my previous write up on BLUE RIBBON SUSHI, you’ll know I’m not a huge fan.  Two MAJOR dings on Blue Ribbon Sushi.  One, they are always packed, yet they do not take reservations.  Who doesn’t take reservations?  And in a city swarming with restaurants, who is willing to stand in line for 30-40 minutes?  If you get over that part, waited them out, then there’s ding number two, the lack of a real omakase.  They only do omakase platters.  If you want an omakase platter, there are a few places great for that, at a fraction of the Blue Ribbon Sushi price.  I wouldn’t come here for the platter.

When we visited Chef on his last day at IZAKAYA, and he said to give him a few months to get settled, and he will bring back the “real” omakase to Blue Ribbon Sullivan.  So we not-so-patiently waited, and waited…

We arrived right before 7PM.  The host said it will be roughly 30-40 minutes, which really means 40-50 minutes.  They don’t have a bar, but do have a waiting area with just a few seats, where they will allow you to order a drink while you wait.  If it wasn’t for allowing us to drink while we wait, if it wasn’t for having already said hello to the chef, we would have probably threw in the white flag.  We polished off a full bottle while we were waiting.  That’s how long it took!

After finally being seated, we were served a TRUE omakase:

Now that Chef Takahashi has arrived, Blue Ribbon Sushi is getting there…  We ended up getting the “special card” to make a reservation, so at least issue number one is solved.  The meal itself still needs work, the omakase is at least a true omakase.  BUT there are still negative differences…  We’ll be back though.  For sure! 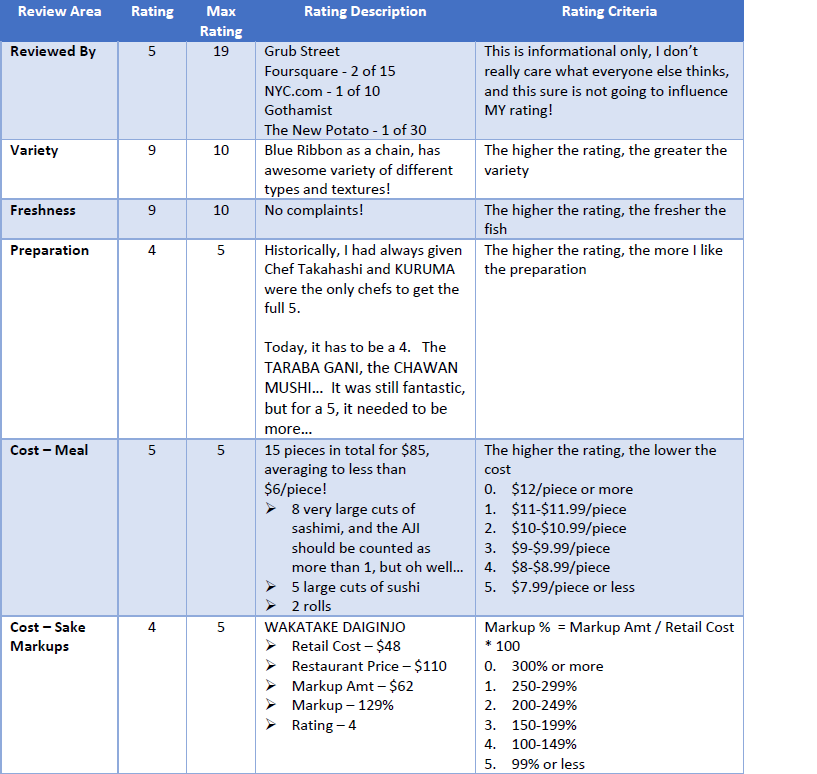