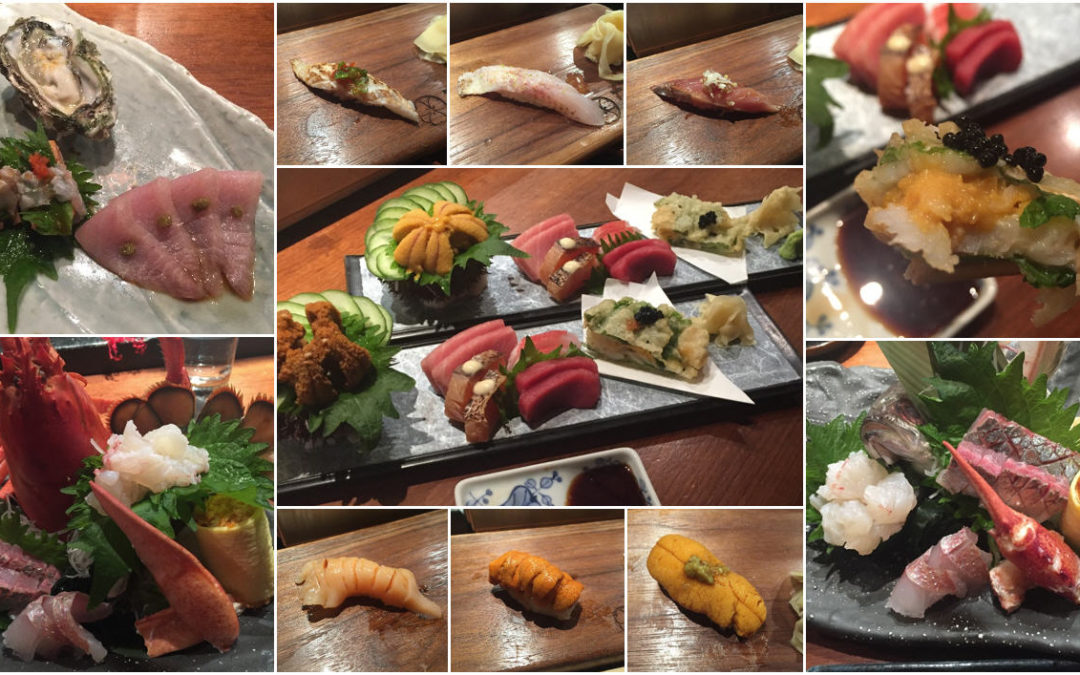 Like Kyo Ya, I’ve probably written way too many posts about Blue Ribbon Izakaya.  The reason why I do this is because times do change, and quality can differ.  Since Takashi-san left Blue Ribbon Izakaya to go to Blue Ribbon Sushi (which I’m not really a fan of), we really limited our visits to Blue Ribbon Izakaya.  We used to go every few weeks.  We’ve tried a number of other “head chefs” there, and it was one disappointment after the next.  In July 2017, we dined for the first time with Kama-san.  It wasn’t Taksashi-san’s omakase, but it was a perfectly good, respectable omakase!  Since then, when we visit, we do specifically ask to be served by Kama-san. 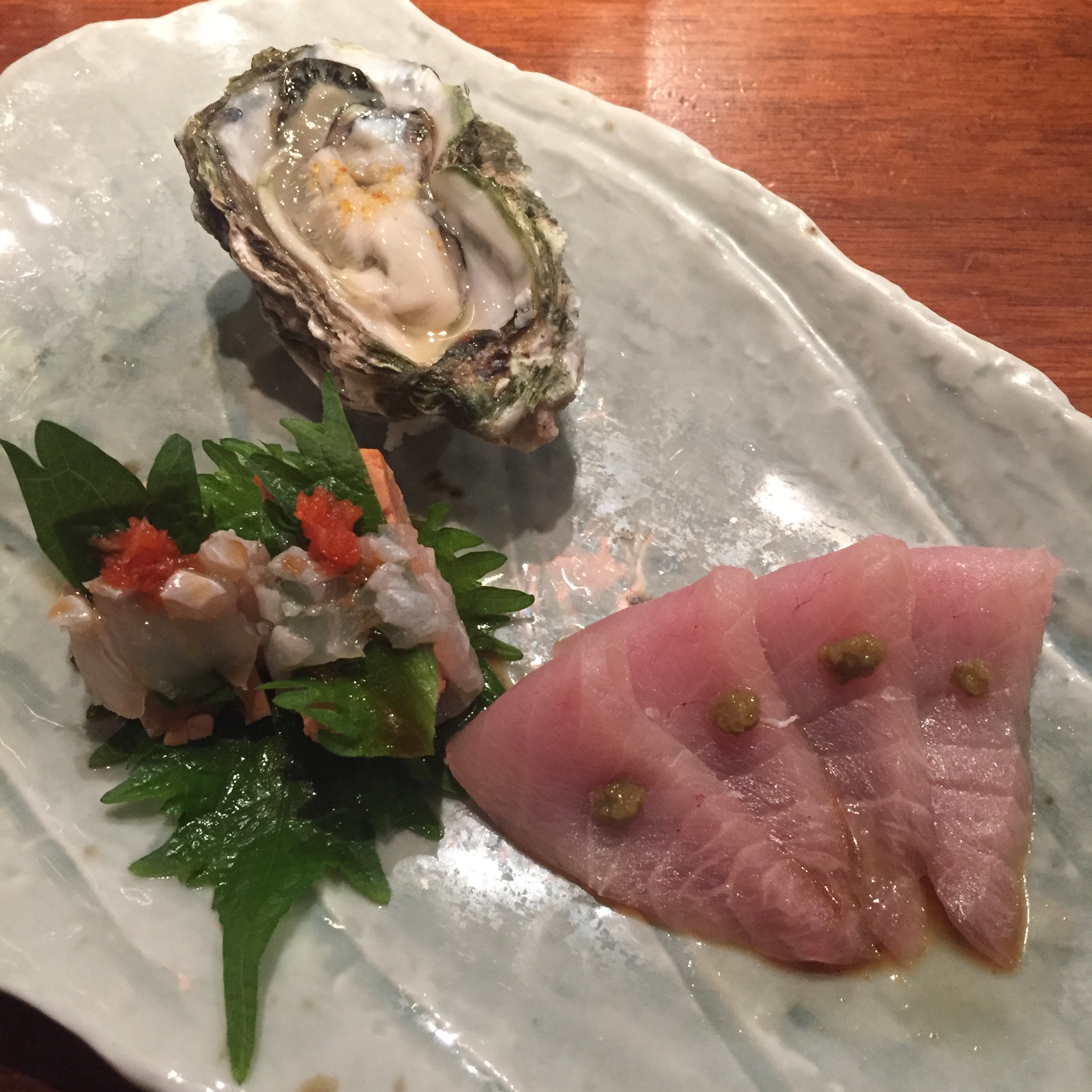 Small Plate 2 & 3 – ISE EBI (lobster made 3 ways), AJI (Japanese Mackerel), and KASUGODAI (Baby sea bream) separated into 2 plates.  For details on how the lobster is made 3 ways, or the whole AJI, and its bones, please refer to a previous post (July 2017 and others), It was all super delish. 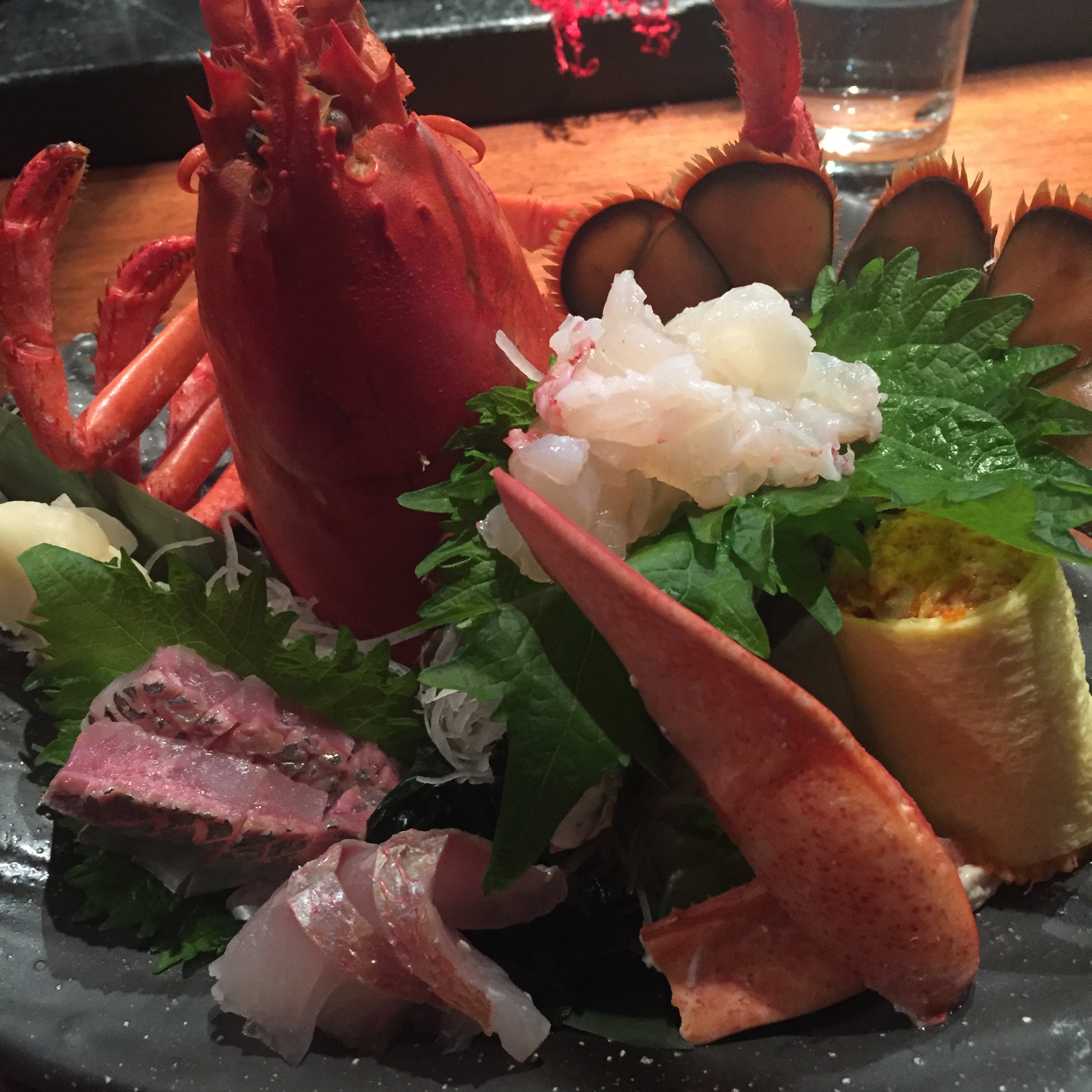 Sashimi Platter (same stuff for each of us): 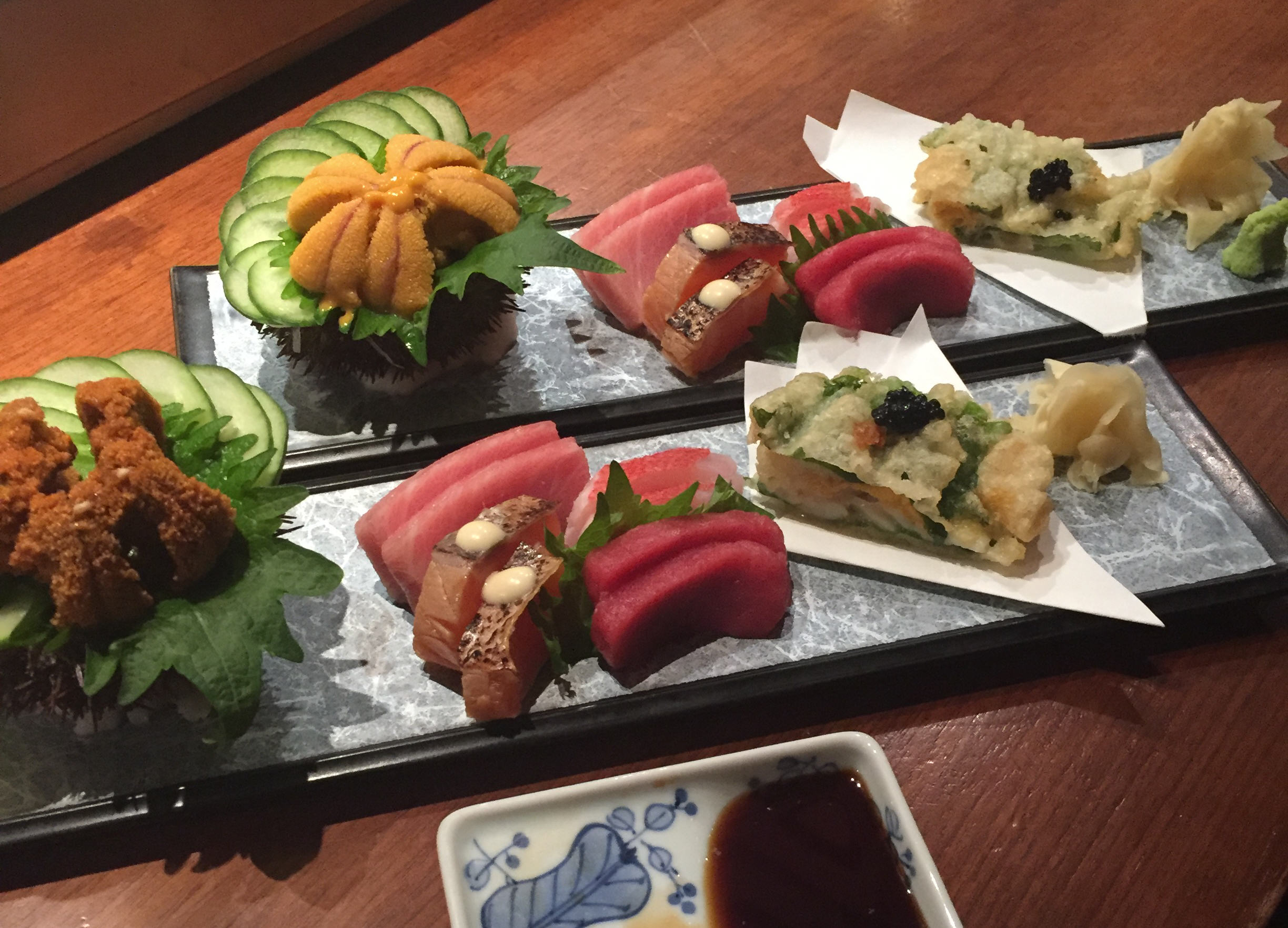 There are a couple of small things that need tweaking, for example, the Tunas and the KINMEDAI (refer to above).  Others would consider that a major tell-tell, but I’m not one of those people.  Kama-san is really growing on me, see you soon chef! 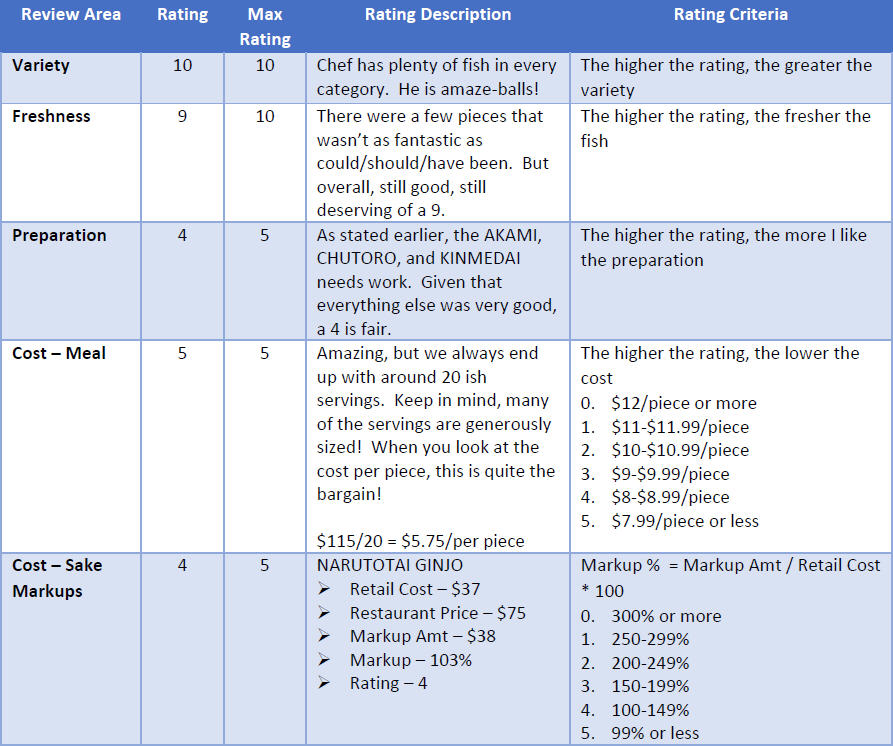