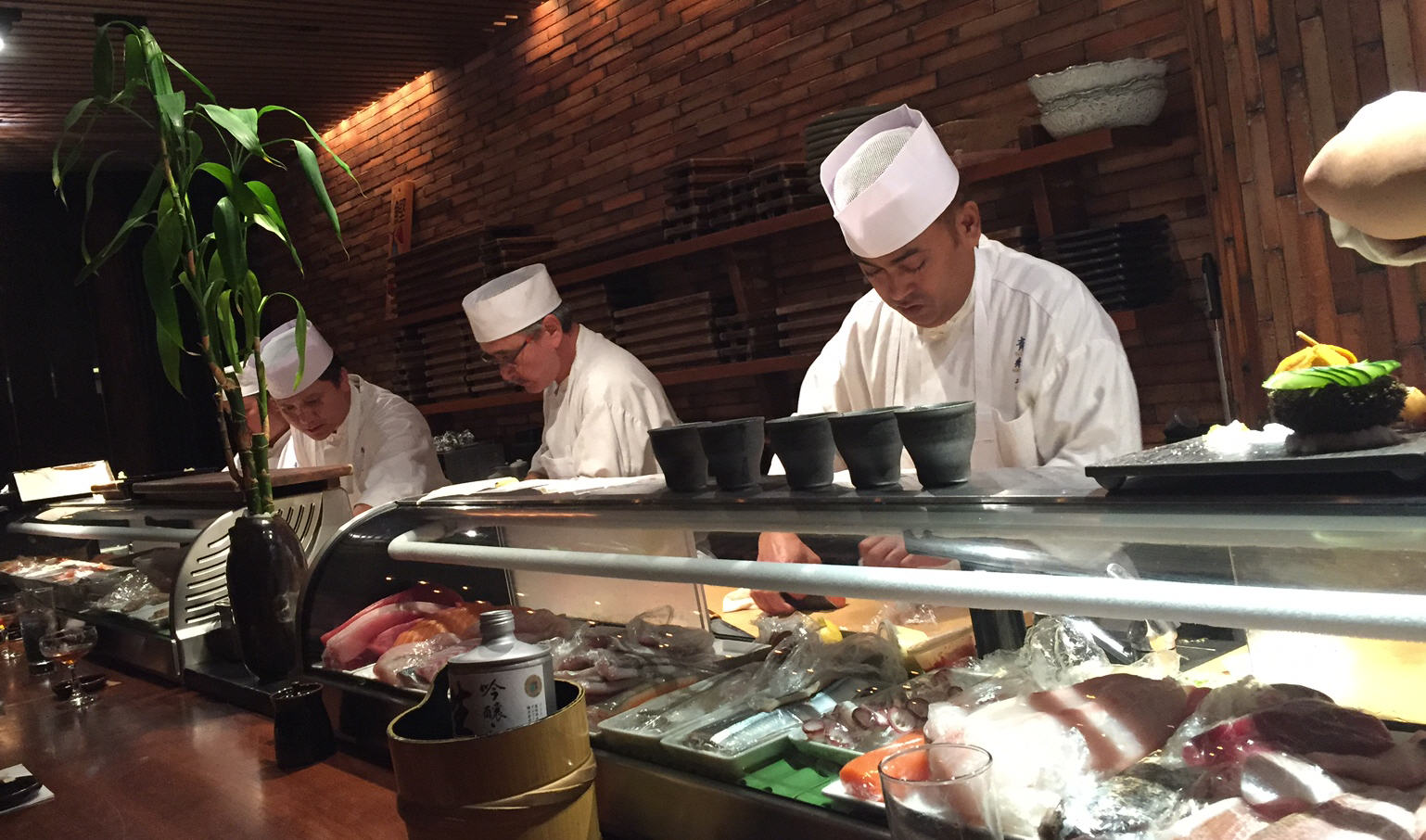 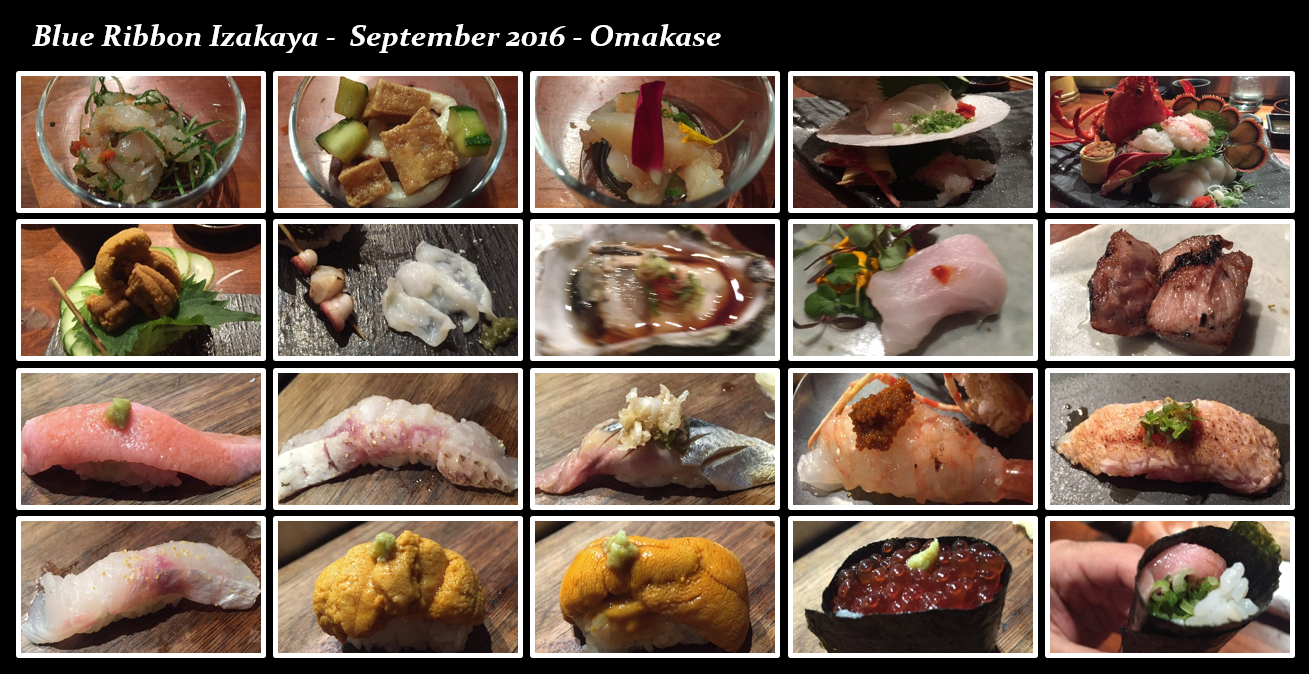 If you haven’t figured out by now, we are avid lovers of Chef Tsuyoshi Takahashi  at Blue Ribbon Izakaya.  For the purposes of this blog, we’ve had to space out our trips here, to make room for sub-par sushi-yas that other lists/blogs claim as the “best of” of New York City sushi.  How little they know…  And I try not to bore you with repeat, upon repeat of Izakaya posts, but chef really does manage to give us new and exciting things each time we come.  So it would be unjust to post just that one time.  Know what I mean, jelly bean?  I’ll keep this post short though, and focus on our new delicious servings!

When it comes to the quality of his omakase, Chef Takahashi never disappoints, he does everything to perfection!  Again, another overall rating of 34 out of 35! 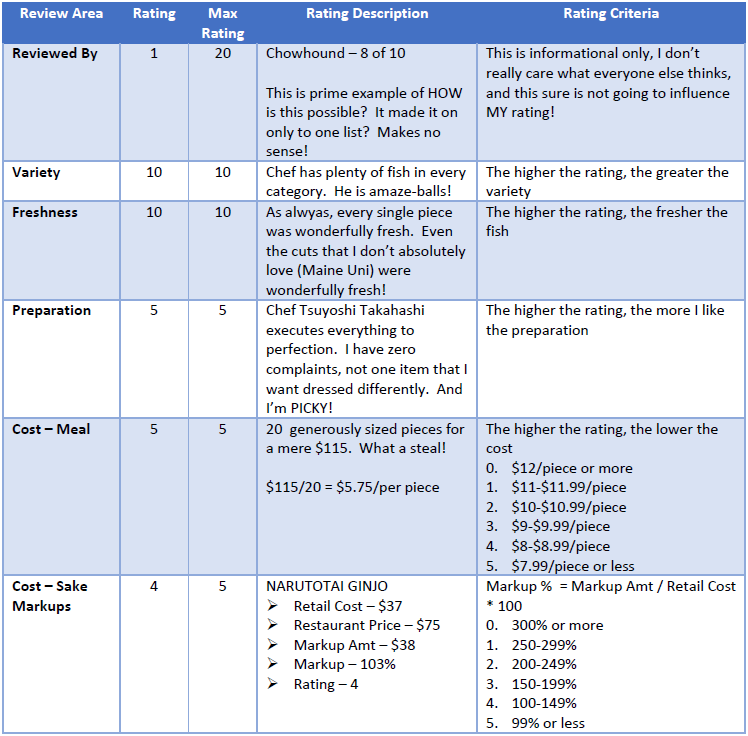