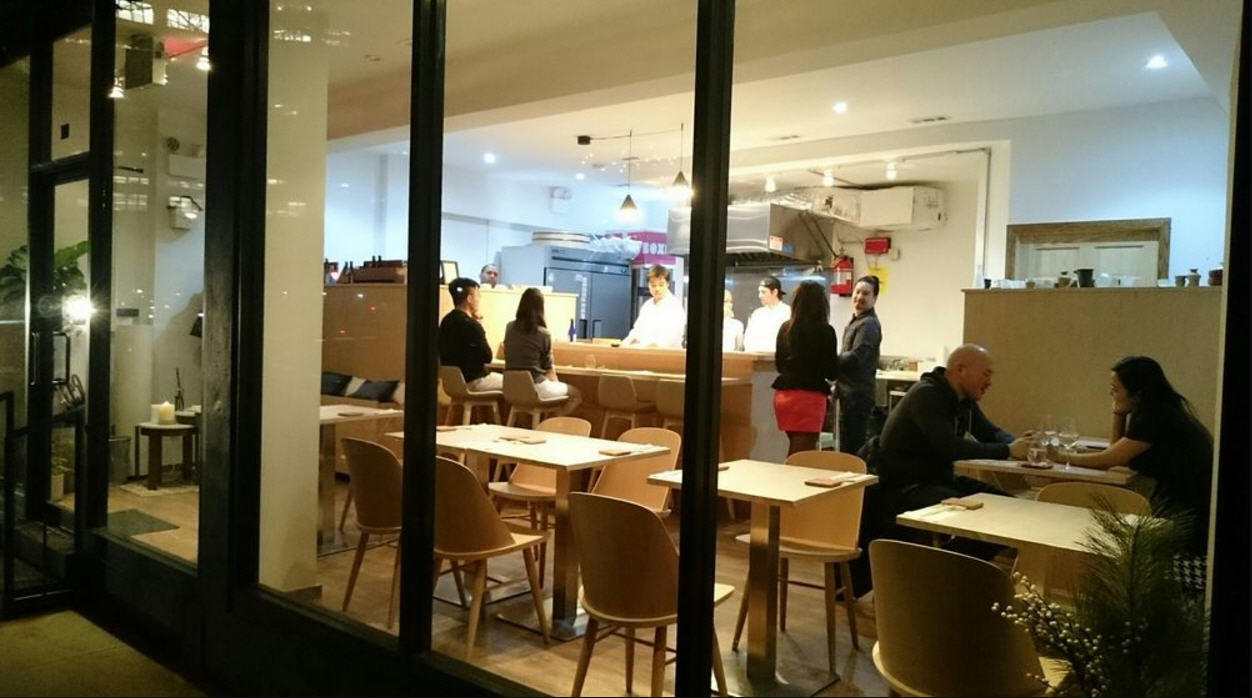 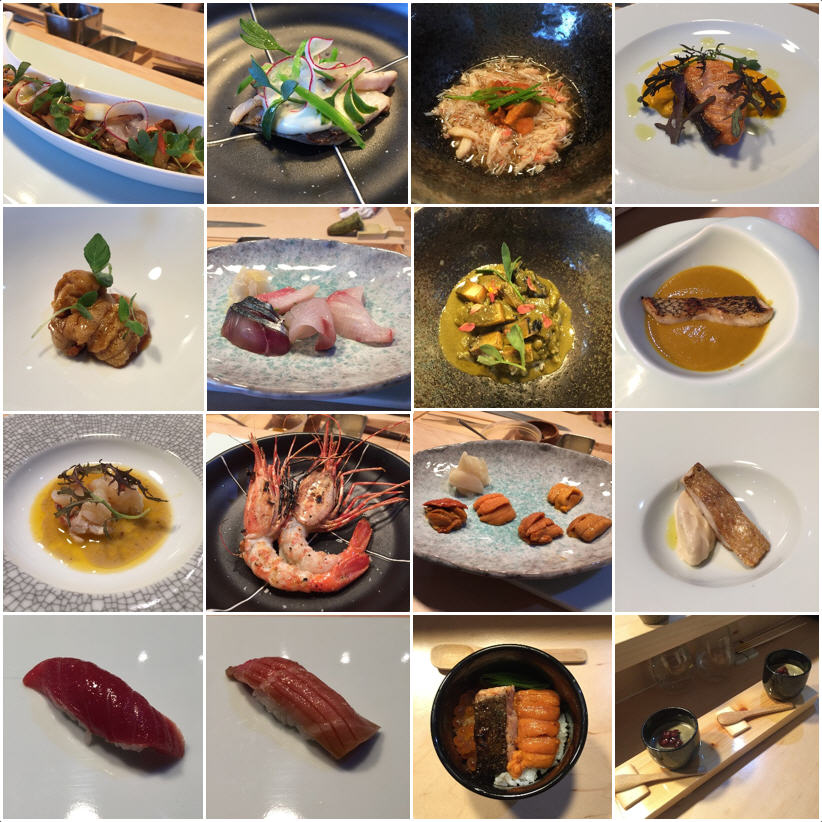 I really don’t know how to do this write up…  We had such a great time there, and I want so badly to write only the highest of praises, but fact is, ATO needs work…

I’ll start with the space.  It’s a very clean/minimalistic space, with just maybe 10-12 seats at the single to double tables, and four counter seats.  A very open layout, with a completely open kitchen.  You see everything.  All the cooking, all the preparation, and a birds-eye view to the washroom.  They should have put a partition there.  It’s odd and uncomfortable to sit at the counter and FACE the patrons coming in and out of the washroom.  Some taking way too long, and some going in as pairs.  It’s WEIRD.

We showed up 5 minutes early for our 7PM, Tuesday night reservation.  At that time, the restaurant had just one other patron besides us.  There were four cooks/bus boys in the kitchen, a head chef, a host and a manager.  We felt pretty outnumbered.  They should have put on some music, find things to do rather than to stand and watch us.  Too quiet and too much attention, too much awkwardness.  Throughout the night, other patrons did come and go.  If I had to guestimate the count, I would say including us, a total of 10 patrons throughout the 2.5 hours we were there.  Meaning the space remained pretty empty.

The food is the biggest confusion of all.  We visited after having seen a whole bunch of beautiful sushi posts on Instagram and Yelp.  Though opened for only a few short months, folks had decent things to say, and selection seemed to be plentiful.  Upon arriving, we discovered that while there is an omakase, it is 85% cooked foods, and just a handful of raw fish servings.  There is NO OPTION for a sushi or sushi/sashimi omakase.  Chef Shen shared that sushi requires a lot of time, effort and attention from him.  That during those first few months of opening, the backup and delays were so great, that everyone began complaining.  For this reason, he had entirely stopped offering sushi on his omakases.  Today his omakase seems to focus on Japanese ingredients with French inspired flavors and methods.  Though I always prefer raw over cooked, the cooked servings were all very good. 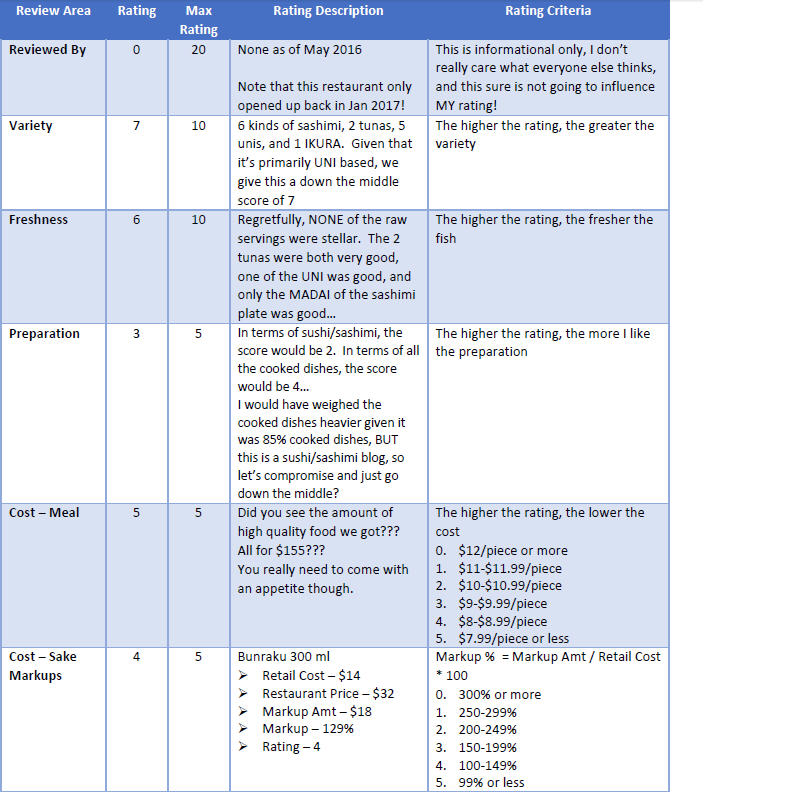