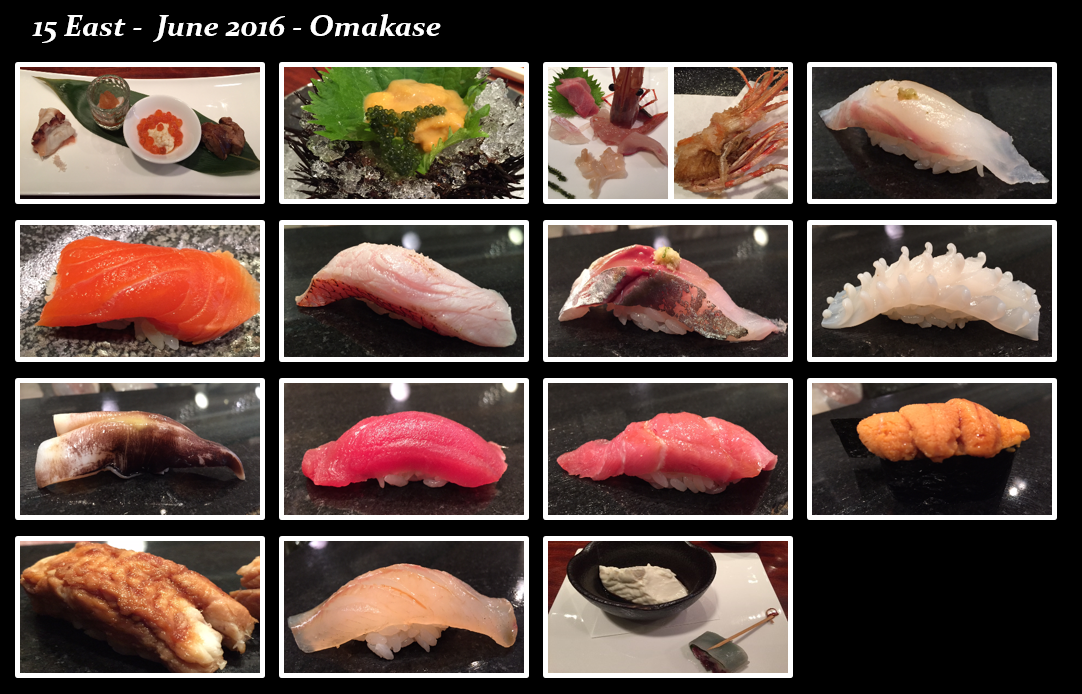 Do you know the term Oldie but a Goodie?  That’s 15 East.  Over the last few years, a million new sushi-yas of the same category popped up, and I’ve tried them all.  Ok, maybe not every single one, but most!  There’s a reason why certain ones persists.

I don’t remember exactly when my last visit was, but it was when Chef Masato Shimizu was still running the show.  Chef Shimizu, who goes by “Chef Masa” left 15 East in the summer of 2015.  He actually left our great country as a whole last summer.  For his loyal fans, after you wipe your tears and dry your eyes, know that chef Shimizu returned to his wife’s native hometown in Bangkok Thailand, and has since opened up a sushi-ya there called Sushi Masoto.  I read that it was wildly popular though, so make reservations WAY in advance if you’re planning a trip.

The new sheriff in town is Noriyuki Taka.  Has anything changed?  YES!  First, reservations opened up.  Although a plus, isn’t that a bad sign?  I was able to get a Friday night reservation just 3 weeks in advance.  That was unheard of back then!  Maybe I was just lucky though.  Second and more importantly, the food.  I can’t quite put my finger on exactly what’s changed, but it has.  You still start with your several small plates, then sashimi, then sushi.  The fish is still fresh, the variety is still broad, and chef is still super friendly.  My only way to describe it is how I felt leaving.  In the past, I would finish my meal, and think “I can’t wait to come back,” this time, I thought “I’ll definitely be back, but will try some others first.”  While I say that, I also need to say that I find MOST of the newbies in this category as so-so.  15 East, though not as thrilling as it once was, is still one of my top favorites in its category.

I think this is where we can start seeing the difference between then and now.  Three out of 4 that I wasn’t thrilled with. 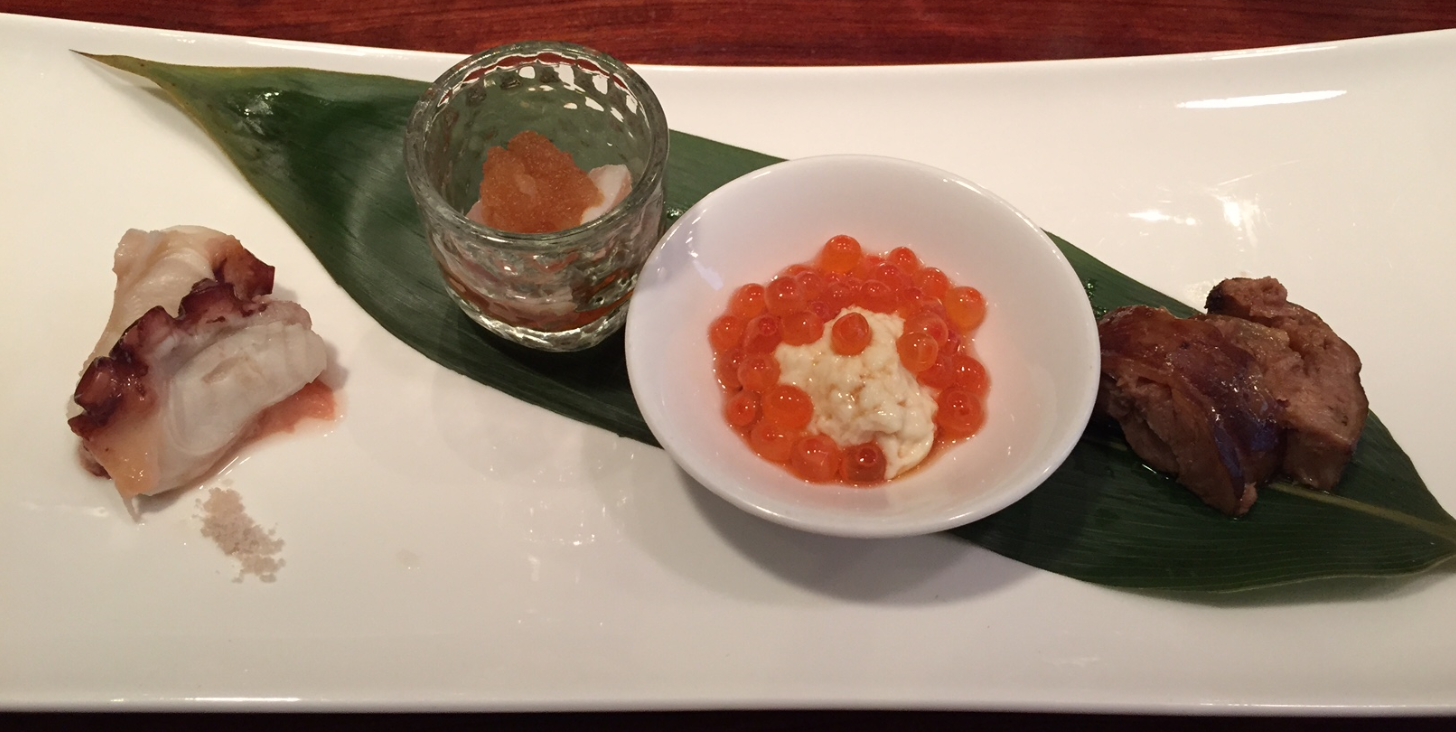 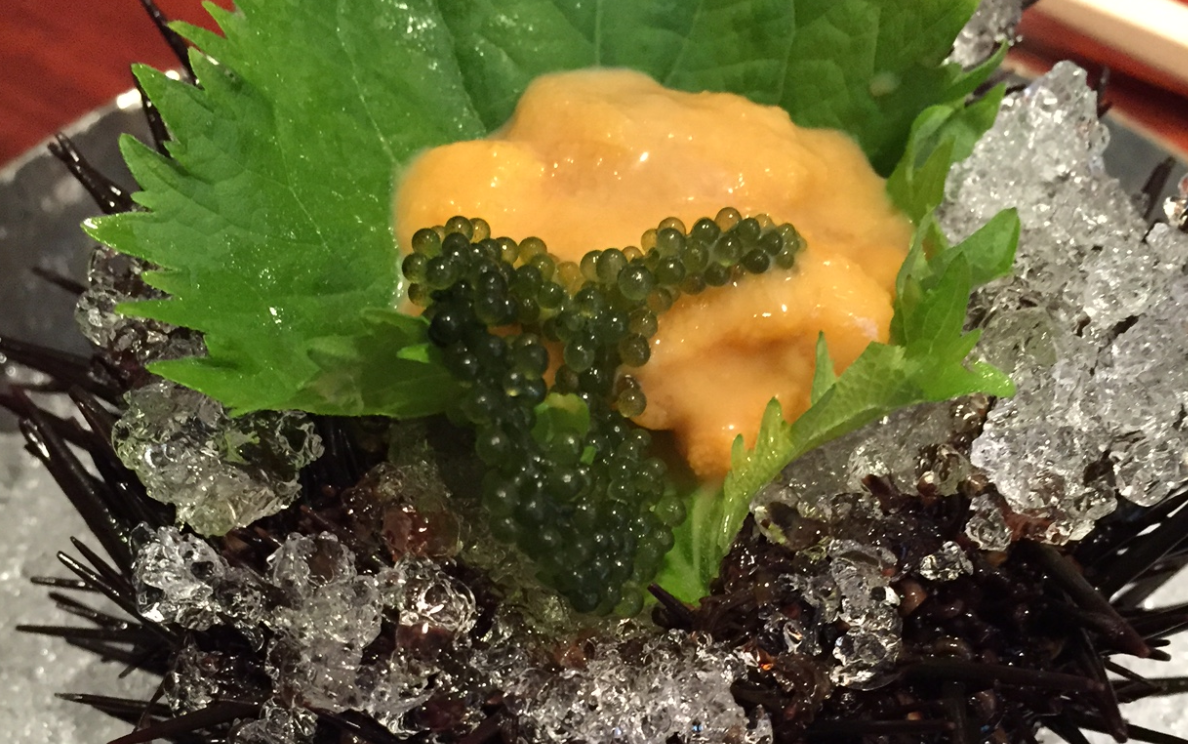 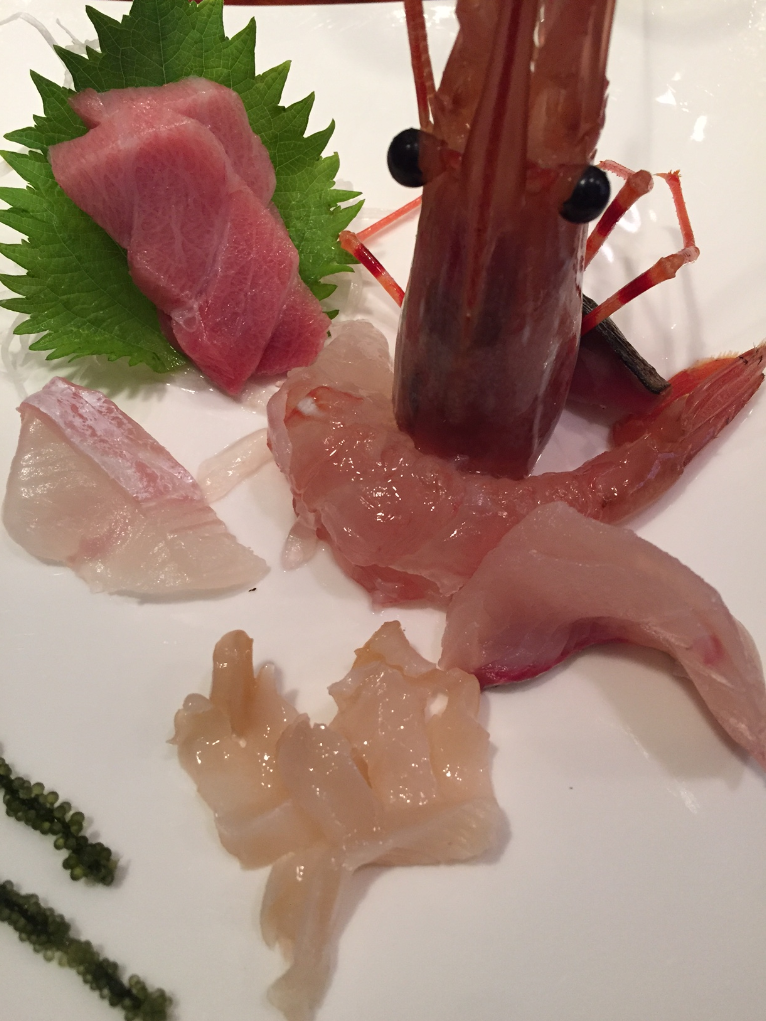 ANAGO – We were both supposed to be getting ANAGO, but as usual, I made my request at the beginning, no ANAGO for me.  Chef forgot, so lucky boyfriend, he gets two! 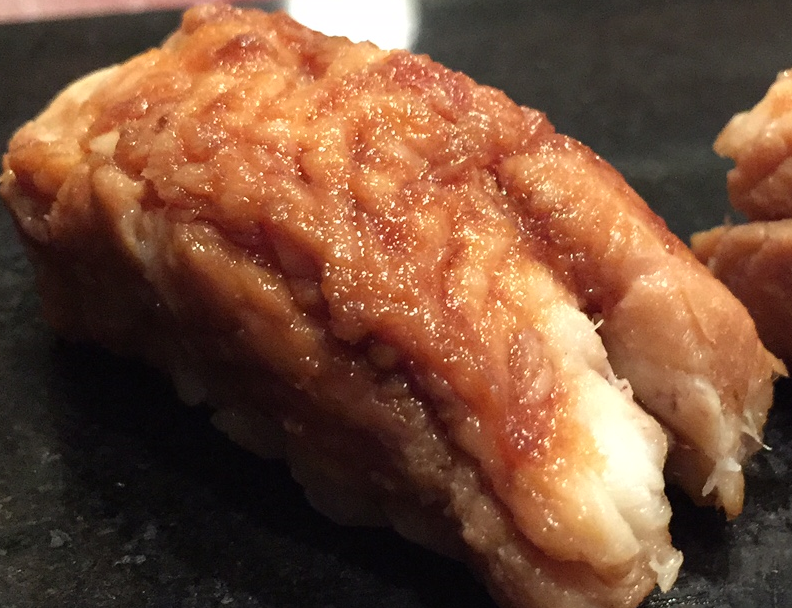 KISU – I got the KISU instead.  This was served KOBUJIME style, meaning it was marinated in KOMBU, a tasty seaweed.  This one was pretty salty, yet still bland.  How is that possible?  I’m still much happier with this than the ANAGO though!

Despite our dear Chef Masa’s departure, 15 East is still one of my favorites in this category, the category of “Not-so-fancy-sushi”.  Overall great rating of 31 out 35. 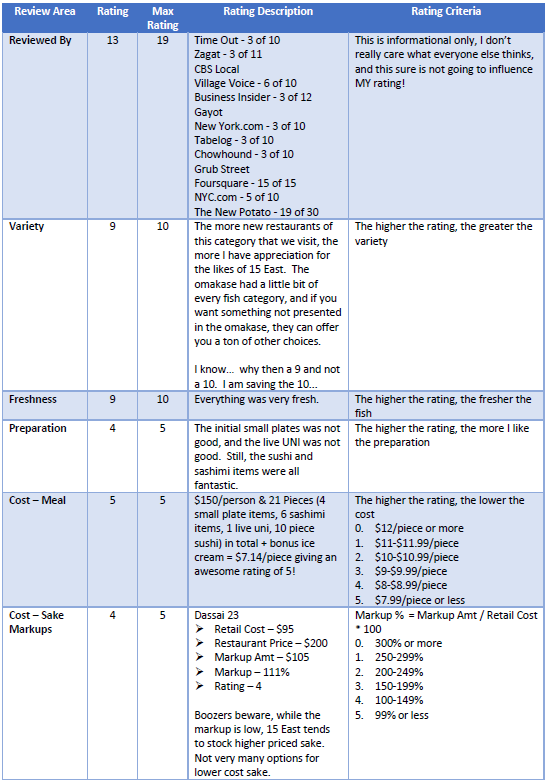